Just Dance 2022: here is the list of all the music, there is Bella Poarch and Lena Situations 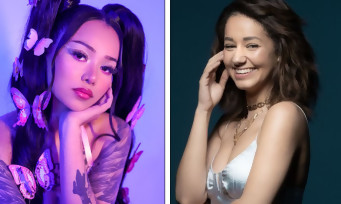 2022 will not escape the Just Dance fever since Ubisoft has just announced the availability of its dance game on all the media on which it is planned. Switch, PS5, Xbox Series, PS4, Xbox One and Stadia, no one will be harmed, especially since this year, we will find a lot of unreleased songs. To begin with, we observe the arrival of Bella Poarch, the famous Tiktokeuse who rose to fame in the summer of 2020 and who started a singing career not long ago, making a real worldwide hit with a number of views on YouTube which literally crushes the competition. She thus arrives in Just Dance 2022 with her song “Build a Bitch” and is part of the 40 tracks of the tracklist this year. Remember that by purchasing the game, users can access the 700 titles in the online catalog, with a subscription to Just Dance Unlimited. Among the new features, the game includes an improved World Dance Floor mode and sees the return of classic Just Dance game modes such as Kids mode, Sweat mode and Co-op mode.

On the staging side, we can feel a real effort this year, with shots that play on the dynamism, while some songs opt for a CGI or Stop Motion rendering. It’s original, just like the collaboration with Lena Mahfouf, also known as Lena Situations, famous YouTuber and who succeeds other personalities of the web who have already had their song in the game. Natoo or even Carlito & McFly. Finally, here is the complete tracklist of Just Dance 2022: