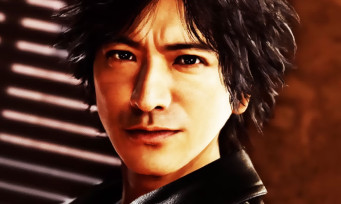 While waiting to formalize – perhaps – the continuation of the adventures of Takayuki Yagami, SEGA sent us a launch trailer for the next-gen version of Judgment. Available today on PS5, Xbox Series X, Xbox Series S and Stadia, it obviously benefits from a better visual rendering, not to mention the shorter loading times and the sacrosanct 60fps. On the content side, all the DLC offered after the release of the original game are automatically included, whether they are drone components, care items, or decorations for the young lawyer’s agency.

We remind you that Judgment was first released on PS4 in 2019, and that our test is at this address. Two more things: a physical version is offered on the new consoles from Microsoft and Sony (€ 39.99), and no free update is available to switch from the PS4 to the PS5. Yes, it is quite annoying for the wallet.