Jeff Bezos Blasts Off, and the Billionaire Space Race Is On 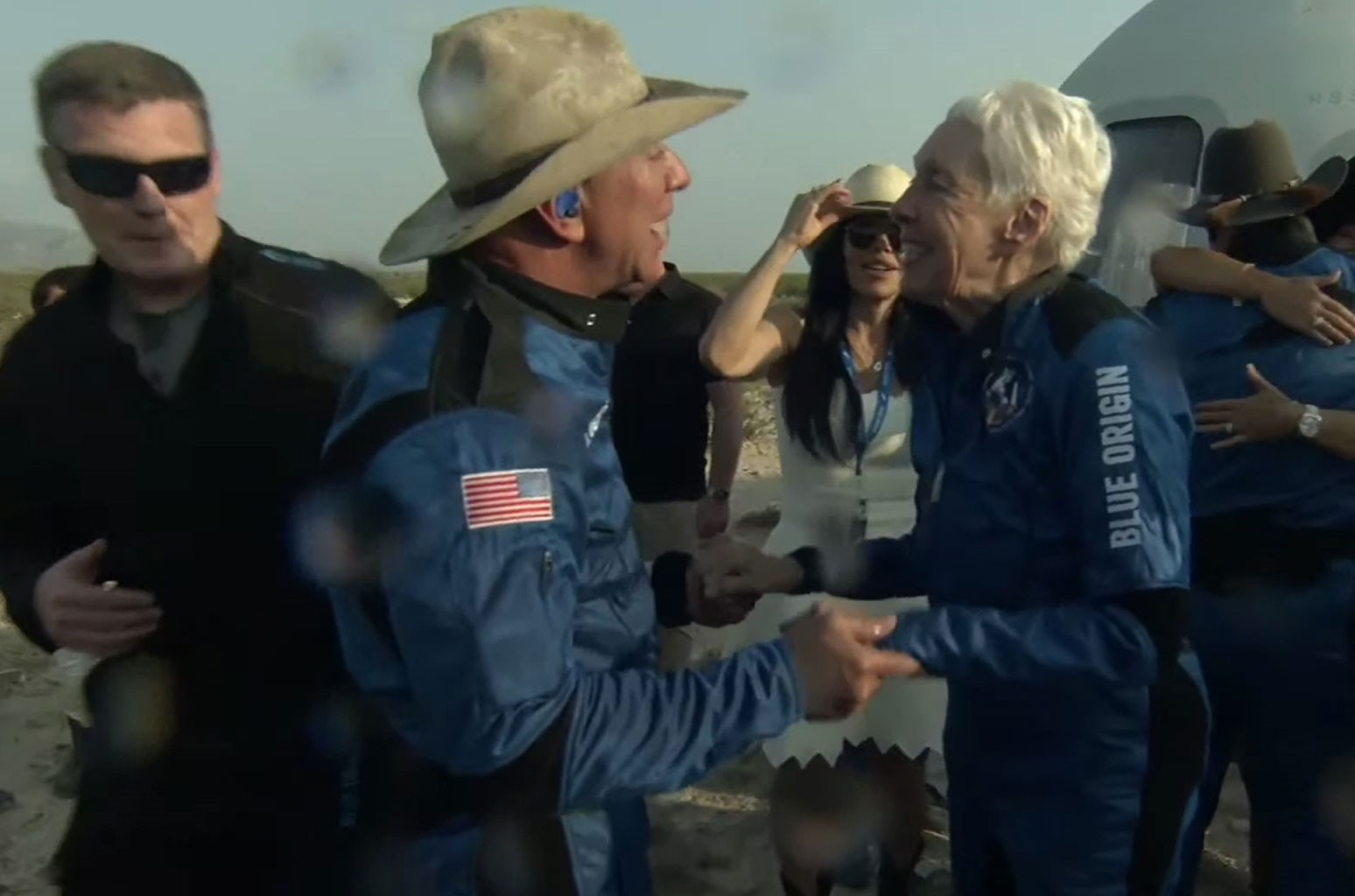 Bezos, the richest person in the world, was joined by his brother, Mark Bezos, female aviation pioneer Wally Funk, and a Dutch student, Oliver Daemen.

There was no live video from the capsule as it passed the Kármán line, but there was audio, with shouts of “Wow!” and “Woohoo!” audible from the astronauts. “Oh my word,” Funk could be heard saying.

At 82 years old, Funk is the oldest person to go into space, 60 years after she was denied entry into the space program because of her gender. Daemen, the son of Dutch private equity CEO Joes Daemen, is the youngest person to fly to space. Daemen joined the mission after the winning bidder for the open seat backed out due to a scheduling conflict.

In a note to the crew before the launch, Jeff and Mark’s sister Christina Bezos reminded them that they used to play Star Trek as kids, with Jeff playing Captain Kirk, Mark playing the role of Sulu and Christina playing Lt. Uhura.

Coverage of the launch was given the top spot on the homepage of Amazon Prime Video, with The Washington Post, which Bezos also owns, covering via video as well, in partnership with Discovery Inc. The launch also garnered live coverage on the cable news channels, NBC, ABC and CBS.

The launch officially kickstarts something of a billionaire space race, with Bezos’ Blue Origin, Richard Branson’s Virgin Galactic, and Elon Musk’s SpaceX all looking to kickstart the space economy. Blue Origin and Virgin Galactic are focused on space tourism, while SpaceX is already bringing satellites to orbit and astronauts to the International Space Station.

While Branson’s effort is more tourist-focused, both Bezos and Musk have much bigger ambitions. Musk already has a fully operational space business, and contracts with NASA and the U.S. government. But SpaceX is also launching a satellite internet service meant to bring high-speed broadband to rural areas unserved by cable companies.

“I have just been dreaming of this really my whole life, but I don’t know what it’s going to mean for me,” Bezos told ABC News’ Michael Strahan Monday. “I don’t know, I’m very curious about what tomorrow is actually going to bring. Everybody who’s been to space says it changes them in some way. And I’m just really excited to figure out how it’s going to change me.”

The proliferation of private space options also open new opportunities for Hollywood, NASA is already planning for ways to deliver higher quality video from spacecraft, the ISS, and ultimately the moon. Later this year, Tom Cruise and director Doug Liman are expected to fly to the ISS on board a SpaceX rocket, where they will film scenes for an upcoming movie.

When the Blue Origin capsule landed safely in the west Texas desert, Bezos could be heard over the comms system saying “That was incredible… Best. Day. Ever!” The crew and their families then popped bottles champagne.