How Hits by Drake, Ye & More Get Released Before Songwriter Pay Splits Are Settled 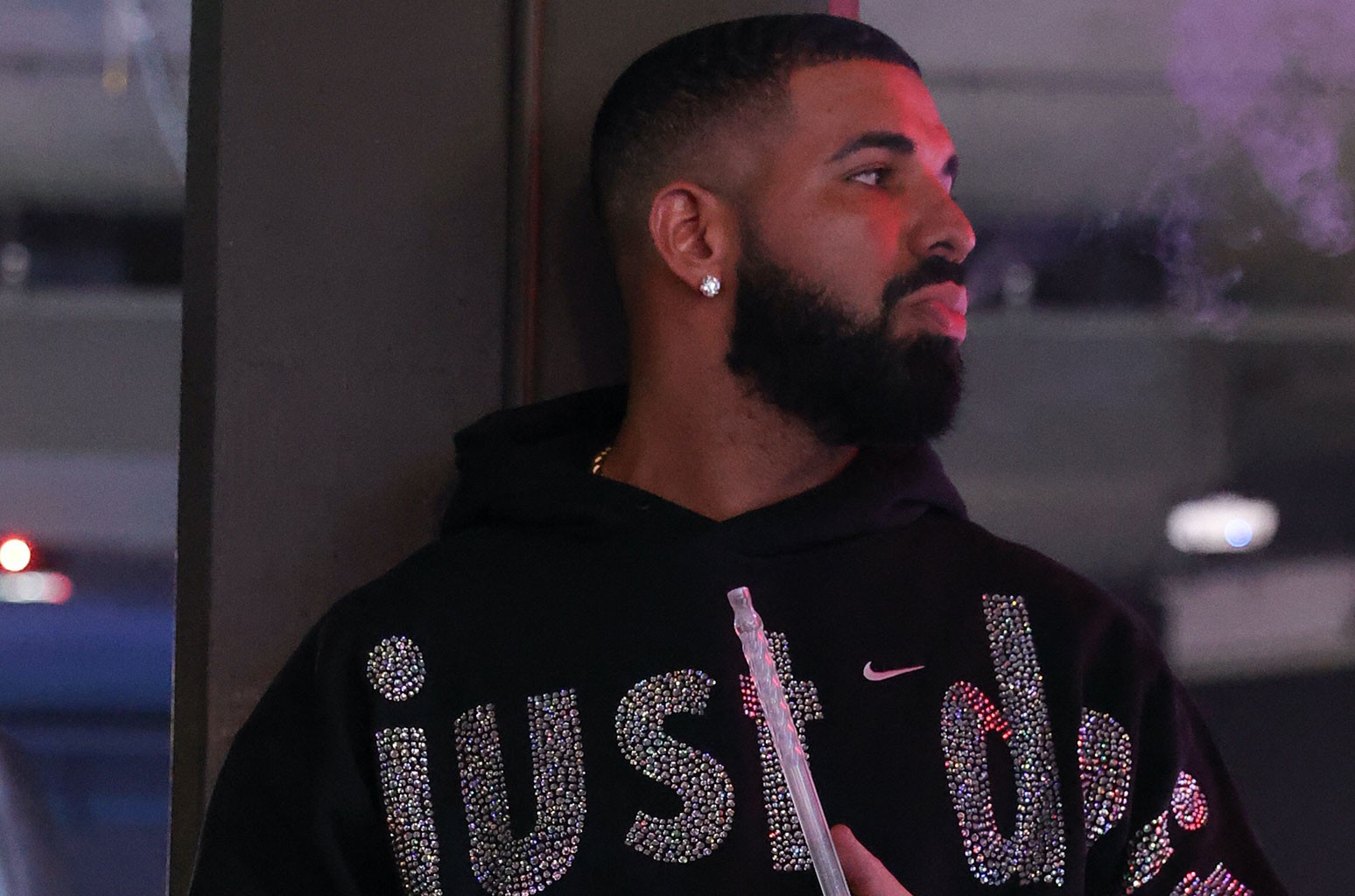 Over the past few months, some of music’s biggest stars have released No. 1 projects on the Billboard 200 chart without determining the final percentages each songwriter owns on all the album’s tracks. Among them, Kanye West’s Donda, Olivia Rodrigo’s hit singles “good 4 u” and “deja vu” from her album SOUR, Drake’s Certified Lover Boy, and Young Thug’s Punk, which hit No. 1 on the Billboard 200 chart last week. With numerous samples and multiple features, the album’s songwriting and production credits are listed on digital service providers (DSPs), like Spotify, but the exact percentages of ownership and royalties each writer will take home for their work on the album — “splits” in industry speak — was still being figured out at the time of release.

This is not a new phenomenon. “It happens a lot, and it’s incredibly frustrating,” says Nick Myers, a United Kingdom-based manager who works with songwriters and producers. While labels typically require all parties to settle their splits on the master recording prior to release — using producer and artist-to-artist agreements — publishing tends to be a more lengthy and complicated process on average. As a result, some songwriters are left in limbo for months, and in rare cases, over a year before their splits are decided by each of the songwriters’ teams. In the meantime, their royalty payments can wind up delayed, misappropriated or, in some cases, lost altogether.

Delays in the determination of songwriter splits occur for a variety of reasons.  One is the lag time that usually takes place between the writing of a song and its release. “Often it’ll be two or three years,” explains Jon Weiner, half of the songwriting and production duo The Roommates who have had hits with Demi Lovato, Dominic Fike, Selena Gomez and more. “By then, people have a hazy memory about what they wrote.”

While many songs’ splits are as straightforward as dividing the pie into equal portions for each contributor, in other cases, quantifying how much a writer contributed to the overall song becomes inexact and emotional, with each team arguing over mere percentage points. Often when the latter occurs, the song’s creation was complicated — for example, written by a group of writers in one room and then tweaked and edited in two or three more other rooms of different collaborators. In such cases, the writers in one room don’t know how much they contributed compared to writers in the other rooms. Other times, the song contains sampled or interpolated material. In Travis Scott’s five-minute epic “Sicko Mode,” 29 writers are credited — some who were in the room at the time of the song’s creation, and some who were not. The late Christopher Wallace (The Notorious B.I.G.), is credited, for example, because his song “Gimme The Loot” was sampled on the track.

There are also instances where more successful and better-known artists, who did not participate in the songwriting process, threaten to ditch a song they planned to release unless its songwriters forfeit a piece of their publishing with the artist, a practice condemned by the authors of The Pact, an open letter to the music industry released in March that seeks better treatment for songwriters.

Samples and interpolations are often pointed to as the most convoluted part of publishing splits, and they are often the source of delays. While a sample is the use of a portion of a prior recording in a new work, an interpolation occurs when an artist re-records a portion of another artist’s song. This can be anything from the borrowing of a melody or a lyric (or both). Some of this year’s biggest hits have contained these extra clearances, including “good 4 u” by Olivia Rodrigo (for its interpolation of “Misery Business” by Paramore), “Way 2 Sexy” by Drake (for its sample of “So Sexy” by Right Said Fred), and “Kiss Me More” by Doja Cat and SZA (for its interpolation of “Physical” by Olivia Newton-John. The practice is growing because now that music publishers see interpolations and samples to revive old hits in their back catalogs and collect royalties on current radio smashes without lifting a finger. Some, like Primary Wave, are even hosting their own writing camps, encouraging songwriters to lift melodies and lyrics from old songs and spin them into new creations.

But with an influx of new sample and interpolation requests coming in, which involve tracking down the sampled or interpolated song’s writers and receiving approval from each of them (including songwriters who are retired and have not updated their contact information and the estates of those who are deceased), the clearance departments at publishing companies are faced with heavy demand. “They are inundated,” says Myers, who works with the sample-heavy electronic genre. Anecdotally, he says it “can take six months just to receive an acknowledgement of your clearance request sometimes.” Because of the delays, artists often proceed without full clearance and release the song anyway, but Harry Roberts, a partner at the law firm of Roberts & Hafitz PLLC, warns, “Once [the song] is out there, I think you’re more likely to find yourself giving up more than you otherwise wanted.”

Rodrigo’s “good 4 u” was released prior to determining the publishing splits for its interpolation of Paramore’s “Misery Business.” Although a source close to the situation says Rodrigo and the rock act’s reps were in touch regarding splits prior to its release, the single’s No. 1 debut on the Hot 100 in May and its longevity on the chart (24 weeks as of Nov. 6) may have affected negotiations between the two parties. Three months after the song was released, Paramore’s writing team was added to the writing credits and allotted 50% of the publishing for the single retroactively, which Billboard estimates has totaled over $1 million in publishing royalties so far.

“Whenever we have a split dispute arise, we always tell our songwriters, ‘Congratulations you have a hit song,’ because nobody would bother to claim publishing on a song that was making no money,” says Rhea Pasricha, head of A&R, West Coast for Prescription Songs.

The decision to release a song without finalized publishing splits is often made by the performing artist’s label to meet a timely release schedule, but the ramifications of the hastened release are felt by those in the publishing ecosystem most and can lead to royalties being withheld from songwriters, or, in some extreme cases, lost altogether. ASCAP, for example, will hold onto performance royalties for a song for up to a year, but after that, the royalties will not be redeemable. BMI, on the other hand, will not hold onto royalties for songs in publishing limbo unless there is a court order (stemming from an infringement lawsuit) or if every writer credited on a song in dispute agrees to send a notice confirming this. For YouTube, songwriters who do not submit publishing splits from the beginning will find it difficult, and in some cases impossible, to claim royalties retroactively once the percentages are decided, especially in territories outside the U.S.

One source, working in business affairs at a major publishing company says, however, that some “best practices” have been put in place to help remedy this issue. In the instance of unresolved splits, the publisher (or label in the case of unresolved master splits) will pay out monies based on whatever “tentative split information [they] have.” Though this is a helpful compromise, this could mean money is misappropriated in the meantime. “The key to getting more accurate and faster accounting,” they explain “is having splits confirmed by all interested parties in the registry as quickly as possible.”

Licensing opportunities for film, TV, and commercial synch licenses are also at risk if percentages of publishing ownership for the requested song are not settled beforehand. “If splits are not 100% confirmed and registered properly, we could miss out on those licensing opportunities,” says Pasricha. This is especially true for opportunities with quick turnarounds, like serialized TV shows, that do not have time to wait for songwriters and their teams, to gather split information. “Occasionally, a song will get licensed with splits TBD, and then the synch fee sits in purgatory until everyone has agreed to splits that add up to 100%,” adds Pasricha.

Though most disputes over songwriting splits are finalized before most royalties start landing in a writer’s bank account — typically around 12 months after a song’s release — risking or delaying publishing royalties is a major concern for songwriters. “As a songwriter, this is how you eat. It is how you live. You put gas in your car and pay your bills with publishing money,” says Weiner.

While artists can earn money through touring, merchandise and brand partnerships, songwriters do not have the public profile to cash in on such revenue streams. Even producers have clearer, more insured payments. Because producer fees (an upfront sum for their labor, provided by the artists’s label from the recording budget) are an industry standard, producers “will definitely see revenue on the masters side,” says Zach Gurka, manager for A-List songwriter Emily Warren and one of the lead organizers of The Pact. Songwriters, however, do not earn any money on the master recording side of the release (which is more likely to be solidified prior to release), nor do they receive any comparable upfront fee that producers are typically paid, except in the case of a major songwriter who has enough leverage to ask for one.

It is an issue with no clear solution, and many of those affected agree that lengthy songwriting split negotiations will always be a part of the business at some frequency. Although there are methods in place today to help soothe the royalty pay out problem, unresolved splits could stand to get even more complicated in the future as more products, including many powered by blockchain, attempt to speed up royalty payments or make them instantaneous. In the case of songs with no official splits, instant and/or decentralized royalty payments could prove disastrous — with much of the royalties misallocated or lost in the shuffle.

Still, some publishers, managers, and writers remain cautiously optimistic for improving splits negotiation speeds in the future although no one interviewed for this story could point to a specific effort to solve this issue. “Change is plausible, but everything in this industry is interconnected,” says Gurka. “Everyone has to be on the same page.”