Hitman 3: He completes the Dubai Mission in 17 seconds! 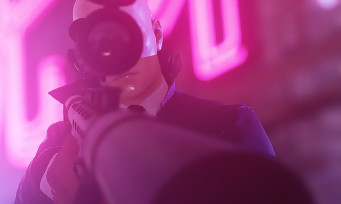 Available for just a few days on PC, PS4, Xbox One, PS5 and Xbox Series X | S, Hitman 3 already has no secrets for some players, speedrunners not to name them. A certain Frote7 has been creating a buzz since he posted a video in which he manages to complete the first level, the one located in Dubai, in the space of 17 seconds. The mission is for Agent 47 to eliminate two agents of the Providence organization, knowing that they move regularly and are often accompanied by several soldiers. After studying the level design and possibly the pathfinding of enemies, Frote7 knows exactly how to assassinate these two targets, while getting rid of eyewitnesses. To do this, not only do you have to show formidable precision, since he has to kill his targets with a bullet in the head as quickly as possible, but also put the witnesses to sleep using a bag of magnesium. If Frote7 does not use any bugs or glitches in the game, it still uses shortcuts that allow it to unlock the doors during its first game. Nevertheless, the feat deserves to be shared.