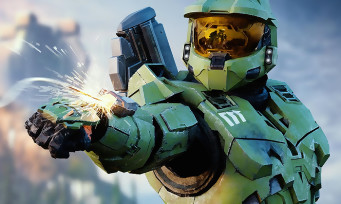 There is still a month until the long-awaited release of Halo Infinite, which had been postponed for more than a year to improve all the issues that had been listed following the game’s presentation in the summer of 2020. If 343 Industries and Microsoft have finally deigned to show the single player campaign, many players have remained hungry, both visually and in terms of gameplay. However, if there is one feature that was appreciated in this new demo, it is the famous grappling hook, a novelty that will allow the Master Chief to grab objects and other items from a distance. It is precisely this accessory that is highlighted in this new video made in real images, as if it came from real archives, those of the UNSC. We see two women engineers who set up this complex object to set up.