Halo Infinite: the developers recognize a bad follow-up of the game, the community is exasperated 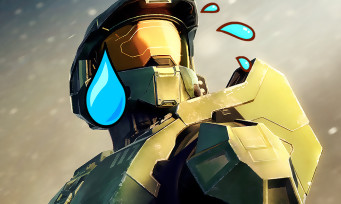 Enjoying a good popularity rating when it launched on December 8, 2021, Halo Infinite needed to enrich its content quickly enough to fill the lack of content when it was released. The coop mode, for example, is still not deployed, the number of multiplayer maps is still limited and the studio is struggling to communicate with the players. If we know that the game was released in pain, the promises are unfortunately not kept and the community is seriously starting to lose patience. On Redditthere is no shortage of topics around Halo Infinite, forcing Brian Jarrad, communication manager at 343 Industries, to intervene and admit that the studio is experiencing some difficulty in meeting player demand.

There are many challenges and constraints. We are clearly not satisfied with not being able to meet the expectations of the players and the community, it is a difficult situation that will take time for the team. For now, the focus is on the second season and we will have more information to share about it in the coming weeks. Meanwhile, production planning, costing or even hiring are in progress, which really does not facilitate regular and detailed updates. We understand that the community is simply at the end of its tether and, frankly, I think they’ve had enough of the lyrics. We just need some time for the team to iron out the details and then we can share as much as we can.

An admission of weakness, which proves that the difficulties that 343 Industries encountered before the release of Halo Infinite are far from over. As a result, the community is evaporating and now has less than 10,000 simultaneous PC players on Steam, while Microsoft boasted of having more than 20 million players last January. Obviously, these explanations are not sufficient for some players who wonder how we can be at this stage when the game was launched with great fanfare?

Visco0825: “I’m sorry but what’s going on here? How things may still be in the hiring and planning stages 5 months after launch ?”

TimeGlitches: “Don’t take this the wrong way, but how can your studio of hundreds of developers have issues like this with releasing new maps, new modes, and cosmetic additions? That’s not asking for a 5 star meal. It’s just the bare minimum.”

Among the modes that the community grows tired of waiting for is the “Forge” mode which allows players to create their own game modes and maps. 343 Industries asks the community to be patient, but when we see that the number of players is melting like snow in the sun, we wonder if there will still be a community left between now and the release of the updates… Always is it that it does not allow to have a good image of the game.