GTA 6: the game would include payments in Bitcoin 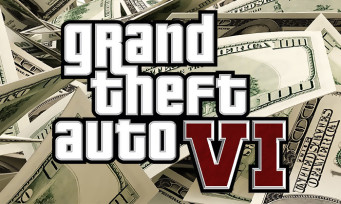 Latest leak to date on the highly anticipated GTA 6: the game would include payments in Bitcoins, and even a cryptocurrency exchange, giving pride of place to this new type of currency. The rumor comes to us from Tom Henderson (an insider that we no longer present), and seems rather credible to us. Be careful, we are not talking about “real” bitcoins, or microtransactions, but an in-game cryptocurrency that would reuse stock exchange systems similar to those already known in GTA V with the LCN and BAWSAQ markets.

According to the source, the financial market system is also more advanced than before, even if we should find certain key features, including the possibility of influencing the price of securities through our actions. Some transactions would therefore now be done in cryptocurrency, which corresponds well to the financial management of a gangster or a drug lord. In addition, when we know that the developers of Rockstar always parody the latest quirks of our company (social networks in 2013 in GTA V with a Life Invader who ape Facebook), we do not see why Bitcoin would not be integrated into the game. .

Just so there’s no confusion, I mean in-game payments of bitcoin.

These payments will come from the more higher up characters that needs to transfer high amounts of “untraceable cash and fast”.