Games with Gold: here are the Xbox free games of December 2021, no AAA in the bundle 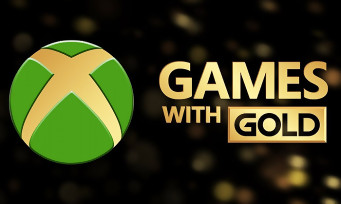 As always, Microsoft is the first to announce the list of games that will be offered as part of the Games with Gold program, which is part of the Xbox LIVE Gold service. After a frankly not foolish month of November, the titles selected for December 2021 may also disappoint a lot of people. Not that indie games, we don’t like that, but it is true that we would have had a little more biscuits to be fully satisfied. No blockbuster in the batch so, we will have to be content with The Escapists 2, Tropico 5, Orcs Must Die and Insanely Twisted Shadow Planet.

In the tundra or the desert, join up to three of your friends to form the ultimate team and imagine the craziest escapes, from some of the world’s most secure prisons. Follow the rules, answer the call and try to stick to the routine, while planning and carrying out the plan that will lead you to freedom!

This Penultimate Edition includes The Big Cheese and Hostile Takeover expansions and will allow you to rule your dynasty from the earliest days of colonial times to the 21st century, face new challenges as well as discover advanced trading mechanics, scientific and technological research as well as exploration.

In the shoes of a powerful war mage loaded with weapons, spells and deadly traps, you will have to defend 24 fortresses against a horde of bloodthirsty enemies. Whichever way you choose, it will be fun to exterminate the monsters in this game at the crossroads of action and strategy.

In this 2D action adventure game, progress to the heart of the mysterious Shadow Planet through unique environments. Face strange creatures, solve intricate puzzles, and harness alien technology to upgrade your ship while fighting to save your home world.