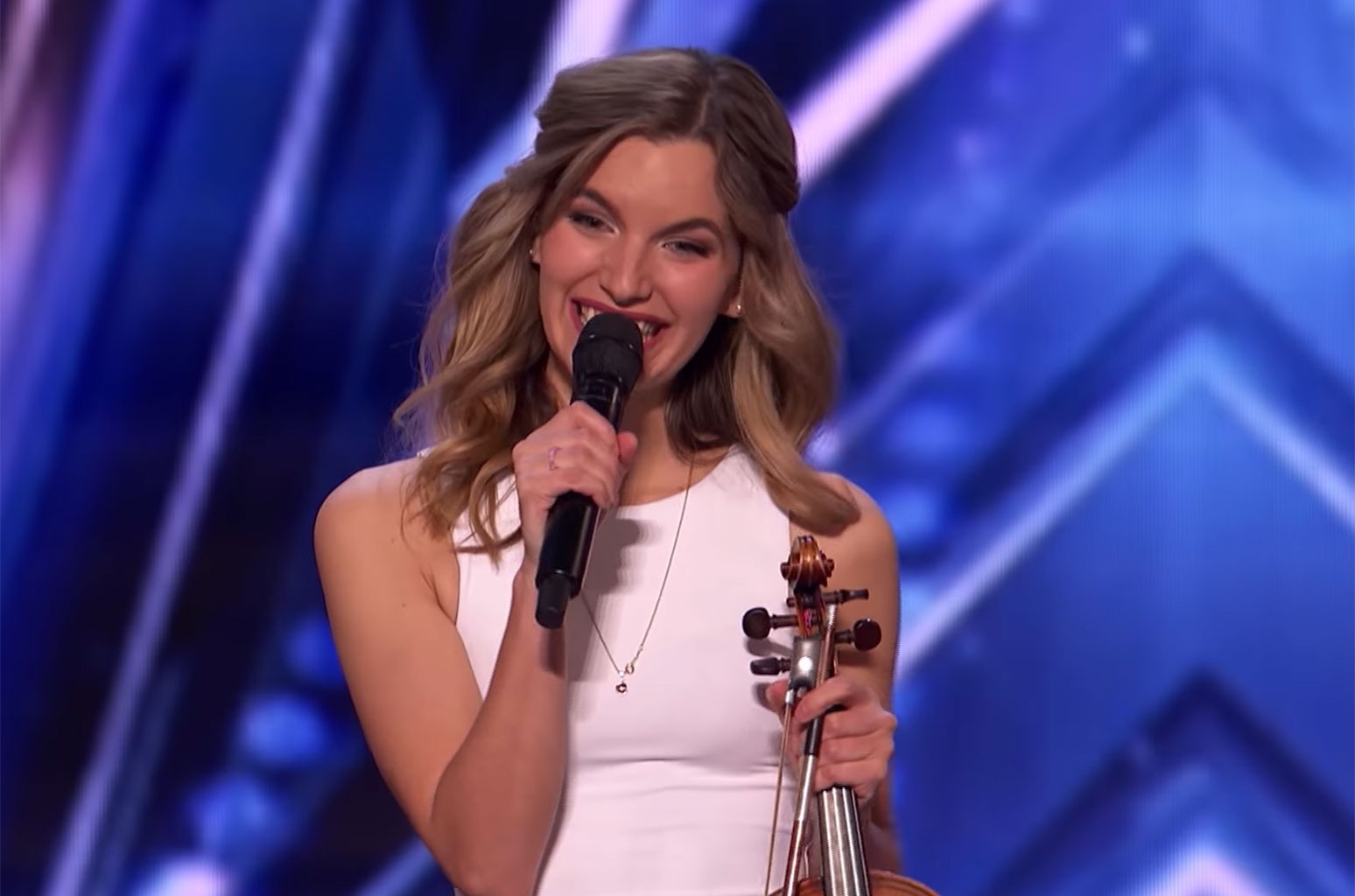 Don’t be fooled by Gabriella Laberge’s delicate demeanor: Her America’s Got Talent audition showed off the colossal power of her voice.

The French-Canadian violinist and singer from Montreal told the AGT judges that she believes her “American Dream could come true” before pulling out her violin for a stirring performance of James Blunt‘s 2004 song “Goodbye My Lover.” But it wasn’t the violin that struck a chord with the audience: It was her singing voice, which immediately revealed her impressive range as she sang the opening lyrics, “Did I disappoint you or let you down? Should I be feeling guilty or let the judges frown?”

And she surely did not let the judges frown, considering the panel of Sofia Vergara, Howie Mandel, Heidi Klum and Simon Cowell gave Laberge a standing ovation that left her in tears.

This isn’t the 28-year-old musician’s first stint on a national singing competition series. In 2016, she appeared on The Voice France and wowed the crowd with her blind audition performance of Coldplay’s “The Scientist,” which scored her a four-chair turn.

Watch her AGT audition below before it airs in full on Tuesday night’s (July 20) episode, at 8 p.m. ET on NBC.