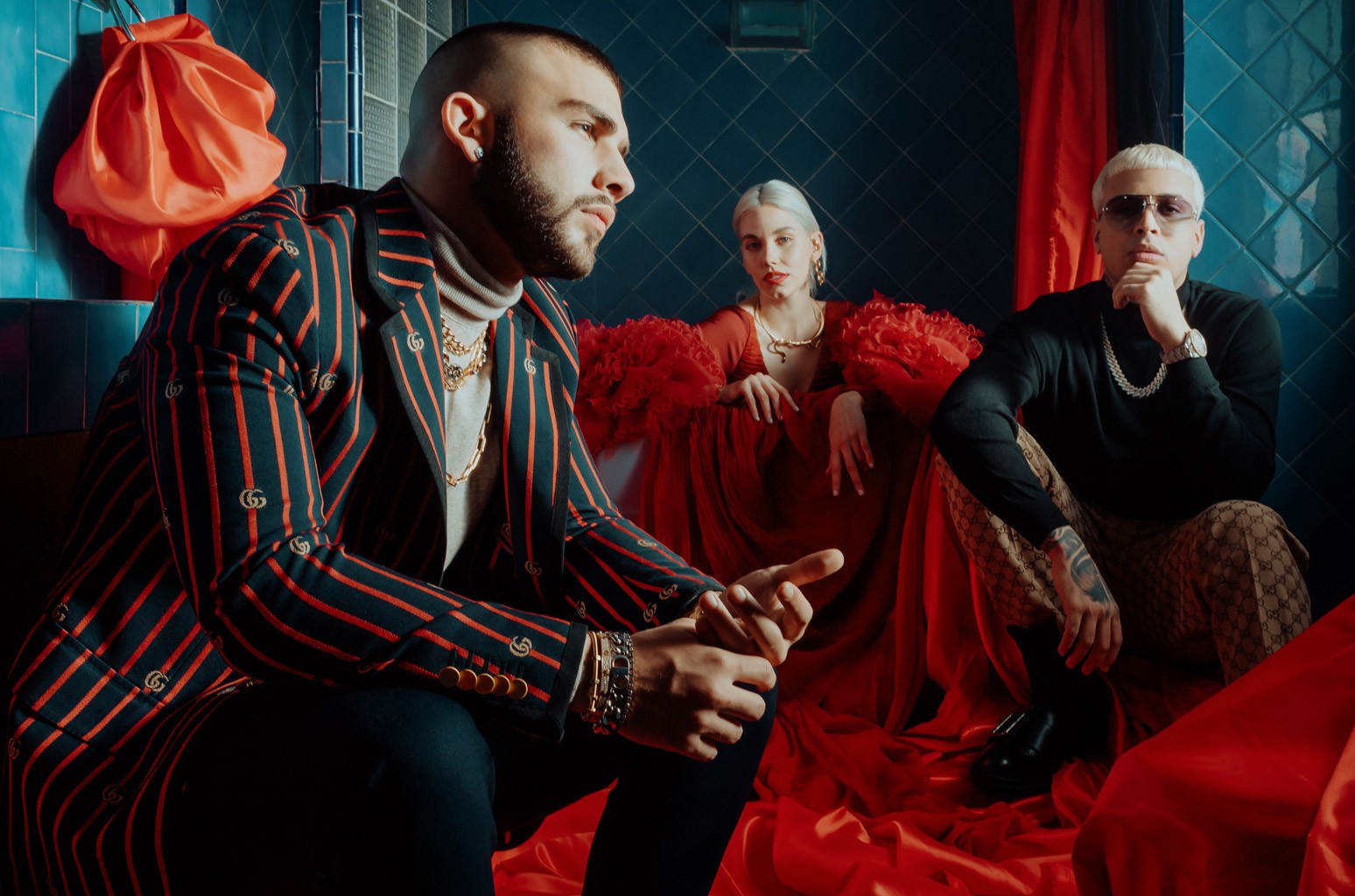 After “Cuatro Babys” in 2016, Noriel became known as one of the pioneers of the Latin trap movement. He was on fire but suddenly, after his 2020 track “Prende,” he vanished. “I was dealing with some legal issues,” he tells Billboard. After more than a year of not releasing music or being active on his social media, the Puerto Rican artist returns with his official comeback track “Mala Influencia” next to Manuel Turizo, marking their third collaborative effort. “More than colleagues, we’re brothers. I have a lot of chemistry and trust with him, that’s why it’s special,” says Noriel. “All the collabs we have were born after talking and hanging out for hours. We talk about life, we have a great friendship, and then we create music,” Turizo adds. “Mala Influencia,” about a good girl-turned-bad, is a bop and conceptual visual in its entirety: Turizo kicks off with a romantic intro before the perreo drop 35-seconds in at the helm of Noriel’s distinct rap verses. — JESSICA ROIZ

Watch the exclusive Billboard Live Latin with both artists here.

Teaming up for the first time ever, Luis Fonsi and Myke Towers released their new single “Besame,” a very catchy song that from the very beginning combines reggaeton pop with Dominican bachata. Co-written by Fonsi, Towers, Andres Torres, Mauricio Rengifo, and Keaton, the song tells the story of a game of seduction and mischief between a man and a woman. “I know that you are using me for the weekends,” Fonsi said of the lyrics. “But the reality is that it does not bother me. I play your game, but if you want to stay, stay because there is something interesting between us.” The video was filmed in Miami and directed by Elastic People’s Carlos Perez. Overall, “Besame” is a mix of island flavors that will make you want to dance to the melodies and positive vibes. — INGRID FAJARDO

Andres Cepeda reeled in Ximena Sariñana for his new single “Lo Que Se Va,” a taste of what will be his upcoming 14th studio album. On “Lo Que Se Va,” a track about a fiery relationship that’s diminishing and has no future, Cepeda and Sariñana fuse their powerhouse vocals over a sultry and innovative rhythm. Produced by George Noriega and penned by Javier Andrés Cuello and Giovanny Andrés Fernández Manzur, the track fuses bolero, son, and Caribbean melodies, bringing to the forefront an experimental sound with live instruments, synth, and electronic beats. — J.R.

“Agarra tu camino” is the new powerful vein-cut ballad from El Fantasma. The song is composed by the artist in collaboration with his wife, Perla Limón. This is not the first time the power couple works together on his songs, as he has mentioned before that she has been by his side since the beginning of his career and debuted a couple of years ago in his compositions. Accompanied by the sound of acoustic guitars and a tuba, in this song of spite, El Fantasma ventures into the Sierreño style. The lyrics take us to a story of a person that is ready to move on and has had enough of the manipulations and lies in the relationship. “Crees que puedes destruirme, manipularme a tu antojo.” — I.F.

Ecko dropped his new EP, Geminis, with eight new tracks that not only continue to flaunt his musical versatility but also his personal side. Geminis honors Ecko’s horoscope sign and most perfectly what the album is all about. On the opening track, “Preso,” his intense rap verses remind fans of why he’s considered one of the pioneers of the Argentine trap movement. In “Como Antes,” he teams up with Lyanno for a sensual reggaeton song. But it goes beyond trap and reggaeton. On this small but mighty production, Ecko experiments with drill (“Go”), old-school reggaeton (“Reggaeton de Antes”), futuristic perreo (“No Le Bajo”), and even urban-pop (“Pa Que Vuelva”). With collabs that include Mariah Angeliq, Omar Varela, Blunted Vato, and M4, Ecko is definitely a Gemini, bringing to the forefront the two sides of him: Ecko the artist and Ignacio the person. — J.R.

Colombian quartet Morat and Mexican renowned actress and singer-songwriter Danna Paola join their voices for their new song “Idiota.” It’s not the first time they collaborate, but this time, the song reinforces the bonds that unite Morat with Mexico. The song, originally composed by Morat, together with Mauricio Rengifo and Andrés Torres, has a rhythmic pattern that resembles dembow, and closely represents the current Latin landscape.  That’s why they reeled in a female voice to complete and effectively narrate the story behind it. It’s a beautiful mix of vocals that perfectly give life to the story adding Danna’s pop fusions. The lyrics talk about a love that is gone but you can’t forget, and you are trying to get back. It phrases the advice that you have probably given or gotten from your friends: “If you love something, let it go. If it comes back to you, it’s yours forever. If it doesn’t, then it was never meant to be.”  — I.F.

If Lele Pons’ “Se Te Nota” and Khea’s “Ayer Me Llamo Mi Ex” are any indication, which he produced, Nobeat is the future of Latin hitmakers. But besides being behind a song, Nobeat does not shy away from taking the forefront, as heard in his new track “Medio Crazy” in collaboration with Khea. On the juicy collaboration, produced by Nobeat and co-penned by him and the Argentine artist, Nobeat flaunts his creative musical ear and innovative fusions, as he’s been serving since his official debut single “Perreo Sano.” “Medio Crazy,” dedicated to las chicas toxicas, is no exception, marrying dancehall, reggaeton, funk, and ’80s-inspired sounds. “It is a song that never falls but advances, in terms of sound, while the lyrics have a current factor so that all youth can identify with it. That is why we use simple language, like when we chat on WhatsApp,” he said in a press statement. — J.R.