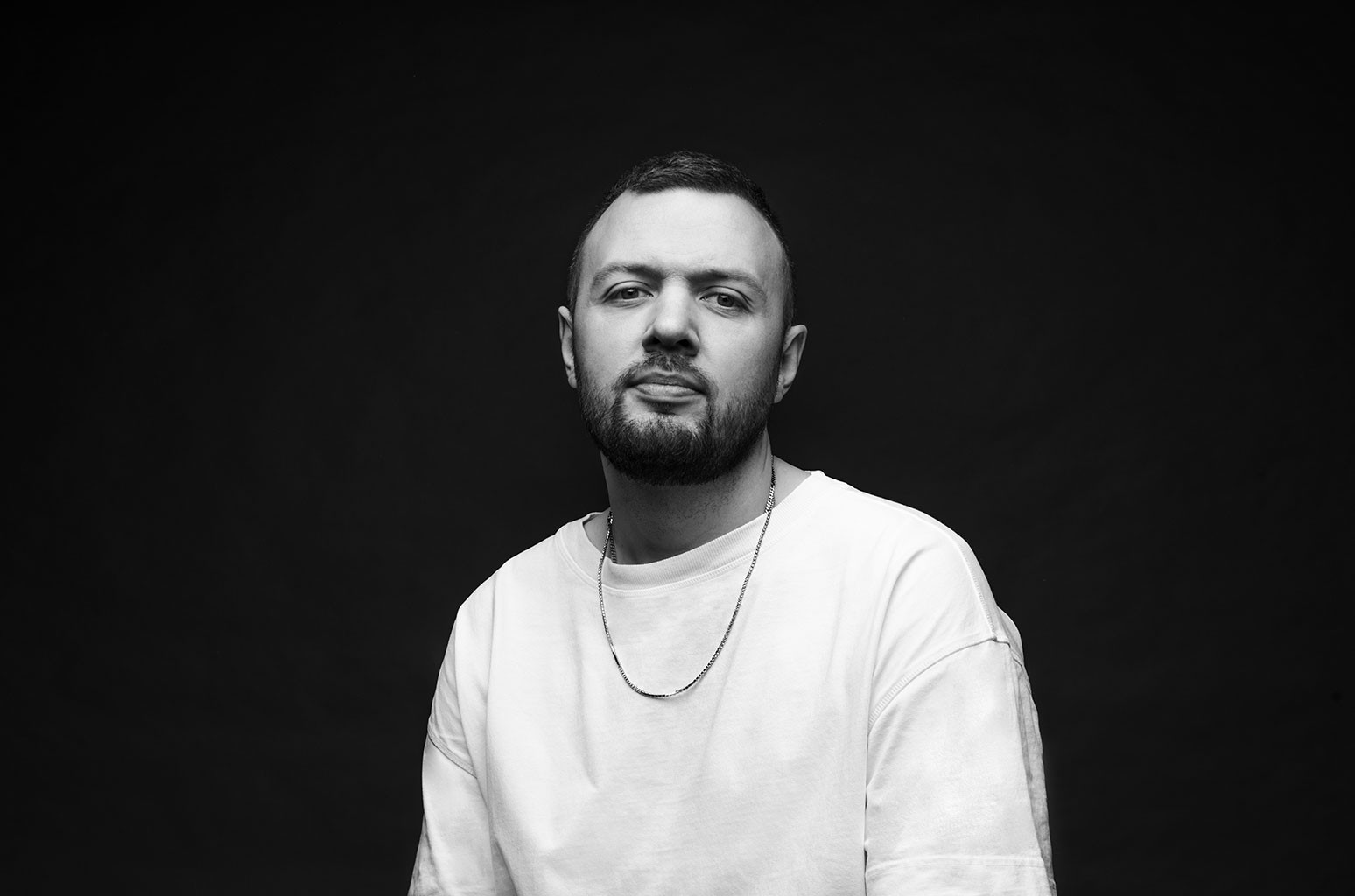 This week in dance: Steve Aoki launched an NFT marketplace, Aluna announced that she’s hosting a dance festival with an all-Black lineup in New Orleans, event promoter Disco Donnie pledged a million dollars in ticket donations to veterans, Flight Facilities returned with a new album after a seven year hiatus, the women of dance music were commemorated in a new book and Meduza and Hozier made moves on Hot Dance/Electronic Songs.

Beyond that, this week saw the release of a metric ton of new music. Let’s dig in.

Chris Lake is back with his fourth single of 2021, “A Drug From God,” a collaboration with NPC. Who is NPC, you ask? It’s Grimes — or rather, an A.I. girl group of her creation. Lake and NPC produced the song together in Los Angeles, and it’s since been making the club/festival and social media rounds since May. It’s clear why fans are hooked: “Drug” is dark, severe and futuristic, with prolonged builds reaching sky-scraping heights to make the sudden drop feel all the steeper. NPC cuts through the heaviness with a breathy, hypnotic chant: “Money, power, beauty, fame / Choose your weapon to beat the game / Money is power and art is fraud / And love is just a drug from God.” The track is out via Astralwerks and Lake’s own Black Book Records. — KRYSTAL RODRIGUEZ

Even techno legends get the blues. The onset of the pandemic plunged many of us into a state of existential malaise, German producer Alan Fitzpatrick included. But Fitzpatrick took his moods to the studio and transmuted them into new music, which altogether became his first album in ten years, Machine Therapy. Out via the venerable Anjundadeep, the album certainly bangs as hard as you’d expect it to, with the techno and d’n’b appearing throughout also layered amongst softer, more ambient tracks like album opener “Berlin Morning Calm.” “Closing In”, a collaboration with vocalist Lawrence Hart, manages to be both soft and club-ready — and make sure you listen through to the end, as album closer “Unite” samples Charlie Chaplin’s speech from the 1940 comedy The Great Dictator to inspiring, malaise-busting effect.

“The time I had in the studio was like a therapy session,” Fitzpatrick says. “Particularly with the pandemic, not knowing what was happening, what the future might look like, what might happen in the scene; being able to get into the studio with no time constraints  and just really pour my heart into making music really helped get me through the last year and definitely help keep my mental health in check.” — KATIE BAIN

Before “Love is Blood” became Rush Davis and Kingdom’s latest single, it planted the seed for what would become their joint album Transmission (out today on Tokimonsta’s Young Art Records). At the heart of “Love is Blood” itself is connection: it was inspired by L.A.’s Mustache Mondays party series, where Davis and Kingdom first met, and which celebrated the queer community. You can hear the importance of connection in Davis’ lyrics, such as “I know you gonna have my back… we go to war, I be your soldier.” The clarity of his voice gives listeners something to hold onto amid Kingdom’s production, a jagged and heaving combination of solemn synth strings, bursts of percussion and subdued sighs.

“This song is a battle cry for love, a reminder that love has teeth and fight,” Davis writes. “Whether this devotion is offered to a lover, a goal, a friend, or to family. Love is BLOOD and the sacrifice is TIME, STAYING, and STANDING for the ones you say you love.” — K.R.

Dolly Parton’s classic heartbreaking plea of one woman to another to spare her feelings, without any sign of hatred or anger, makes for a desperate song — but Parton plays it with class and groove on the 1973 original. And it’s that latter part that Destructo plugs into for his official remix: Smooth synth waves roll over a hard-hitting beat as Parton’s guitar picks and vocals help bring the funk. It’s warm, but also cold, kind of like Parton’s lover’s adoration, and an altogether sophisticated and honorable take on the 1974 hit, which is probably why the country legend deigned to give it a rare nod of official approval.

“My little song ‘Jolene’ has been done so many different ways and I love them all, but I think this one is my favorite,” Parton says. “It makes me want to dance! How about you!?”

“‘Jolene’ has been part of my musical DNA since day one,” Destructo (alias of longstanding events producer Gary Richards) adds. “It is a true classic, not only for country music but American music. I’ve always felt its lyrics and melody could be the bones to build a real dancefloor banger around. Something to sing along to while getting your dance on. I’m beyond thrilled being given the opportunity to remix one of the greatest songs of all time, and that Dolly loves it. She is a national treasure, and to be able to have the world hear my version of it with her behind it is a blessing.” — KAT BEIN

Logic1000, In the Sweetness of You

This year, Logic1000 has shown her ability to make more than club music: She crafts soundtracks for all times of the day. Her You’ve Got the Whole Night to Go EP pressed the entirety of a night out in four tracks, while double-single “Safe in My Arms” / “YourLove” was as gentle a pick-me-up to start the day as a warm cup of tea.

In the Sweetness of You, her latest release on Therapy/Because Music, lives somewhere in between. Each of the EP’s tracks is less clubby and more contemplative than the last. The bumping rhythm and chunky drums of opener “It’s All Around” sound like the last song for after-hours stragglers, while “What You Like” and “Natural” have blockier, brooding, almost wintry tones that feel right for decompressing in the backseat during the drive home. The last track, “21,” could be a 6 a.m. lullaby, its downtempo beat awash in synth flushes and soft, bubbling acid bass. Take a closer listen and you’ll hear all the barely-there textures — clanging metallics and bright beeps — that could easily mix in with the white noise of the city.

“While making this EP, there was the potential that the songs could actually be played out in clubs and festivals — and there are definitely moments on this release that could be played out,” writes Logic1000. “However, most of the tracks are more for listening in a quieter setting. This wasn’t a conscious decision by any means, it was simply the product of experimentation and growth.” — K.R.

If you think you know Keys N Krates, allow them to reintroduce themselves. The Toronto trio’s new LP OriginalClassic might be just that, an 11-track collection of sensual club grooves and bangin’ breakbeats that puts the group in a whole new category—and that was the intent. They even made a whole visual album for the project.

“This album was about us finding our place in dance music, which probably sounds weird coming from a band probably classified as a dance act,” the trio says. “Rather than ‘jump up and down festival music,’ we wanted something more for the dark club. We are hesitant to use the word ‘mature,’ but we’ll just go ahead and say we want it to feel more mature. We wanted a lot of groove, loose feeling but driving drums, syncopation, an overall tribal feeling, a more global sound, 808s, orchestral and synthy textures; all things we love. We wanted it to be a mix of pop songs and instrumental songs and moody interludes that all feel like they come from the same place. We wanted it to be dramatic and fun. Put simply, we tried to make music that we would want to hear if we turned up somewhere to dance.”

Vintage Culture & James Hype, “You Give Me A Feeling”

It doesn’t matter what language you speak, everyone knows what a good voyage into clubland feels like. Bouncing and bumping along with energy that makes you want to move your body, “You Give Me a Feeling” transcends language in the way most great club nights and club songs do. The tech-house heater also unites cultures, with the song functioning as a trans-Atlantic collab between Brazilian star Vintage Culture and UK producer James Hype. Out via Insomniac Records, this one really just speaks for itself, so just turn it up loud and let all that bass do the talking. — K. Bain

Art is subjective, but the talent of d’n’b legend Goldie and producer-engineer James Davidson is proven fact. The pair have teamed on a new project by that name, delivering a searing two-track release that lurks in the darkest techno corners and finds bass-heavy groove.

“‘Fathoms’ was about having fun with a hybrid of techno, making it more dynamic, in the way that techno stays very linear, we wanted to have something that moved and gave it a little bit more of a soulful experience,” the duo says, “and ‘Dassai Menace’ can be interpreted in so many different ways, it can take you to a dark aggressive place and equally you can be carried away with it’s hypnotic washes of lush chords and arpeggios. That’s the beauty of it.”

If “Dassai Menace” sounds familiar, you might have heard it in Virgil Abloh’s Louis Vuitton SS22 film, Amen Break. We’re highlighting “Fathoms” here, but be sure to give each tune a spin. — K. Bein

Besides cheekily calling their debut album Greatest Hits, Vol. 1, there’s a lot of fun stuff happening on the new project from AREA21, a collaboration between EDM royal Martin Garrix and producer/singer Maejor. The concept album follows the narrative that the two artists are galactic travelers who, according to a press release, “bring positive energy via their music to help lift people up. However, when they land on Earth, it’s the first time that they experience racism, borders, social unrest, and other occurrences that seem to be uniquely human. They also see how humans have become engrossed in social media and feel like they have a duty to warn them about the ways they can become slaves to their devices.”

The solution the duo comes up with to ease our Earthly problems is, naturally, an album’s worth of bangers — a collection that includes the deliriously high-energy LP-opener “21.” Each song also has its own animated video, and the duo recently performed music from the album at noted intergalactic hang spot EDC Las Vegas. — K. Bain