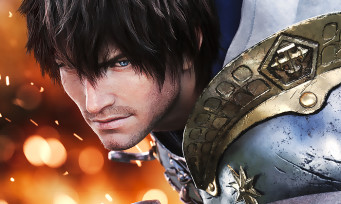 The appointment had been given by Square Enix a few days earlier and it was on the night of February 5 to 6, 2021 that the announcement of Final Fantasy XIV Endwalker, the fourth expansion of the MMO which continues to hit the mark. . It must be said that the game has been a miracle since its very first version in 2010 which earned it a catastrophic launch, then a complete reboot in 2013. Since then, the game has received many patches and extensions which make it a sure value for financial results. from the Japanese publisher today. Moreover, in order not to make players wait too long, it is in the fall of 2021 that Final Fantasy XIV Endwalker will take its first steps, both on PC, PS4 and PS5, a first on next gen. In this regard, Naoki Yoshida has planned an open beta for this version on April 13, just to judge life-size improvements compared to the PS4 version. It is indeed noted a better frame rate, shorter loading times, a display in true 4K and other additional options. Of course, those who already own the PS4 version will be able to download the PS5 upgrade at no additional cost at the start of the open beta period, while a free trial version is planned as well.

Who says new expansion, says novelty and Final Fantasy XIV Endwalker will offer many new features such as multiple jobs, an increased maximum level, large areas to explore, changes to the combat system and challenges to overcome, or content for harvesters and artisans. As for the story, that of Endwalker will cover the denouement of the story of Hydaelyn and Zordiarche, where the Warriors of the Light will have to face the worst calamity they have ever known before leaving to the borders of Hydaelyn. , and up to the moon itself. In addition to the conclusion of the epic that began with A Realm Reborn, Final fantasy XIV Endwalker also aims to attract new players, and therefore has to be autonomous somewhere. While waiting to learn more about the scenario, we enumerate the list of expected new features in the gameplay:

– Leave for Thavnair, the imperial capital of Garlemald, and even for the moon!
– New job: The sage and more
– Maximum level increased from 80 to 90
– Large areas to explore, including Garlemald, Thavnair and the City of Radz-at-Han.
– A new tribe of beastmen: the Arkasodaras
– New threats, including Anima
– New dungeons
– A new high difficulty raid: Pandæmonium
– Secrets Revealed in New Alliance Raid Series
– New PvP content for small teams
– A new ally for the adjuration: Estinien to the rescue
– A new residential area: Ishgard
– Updates from the Gold Saucer
– An uninhabited island where you can enjoy life peacefully
– New crafting equipment and recipes
– New horizons thanks to the travel system between data centers

Finally, to finish, know that other details on Endwalker will be given during the Digital Fan Festival 2021, scheduled from May 15 to 16, 2021. It will be entirely online and visible for free on the official FINAL FANTASY XIV channels.