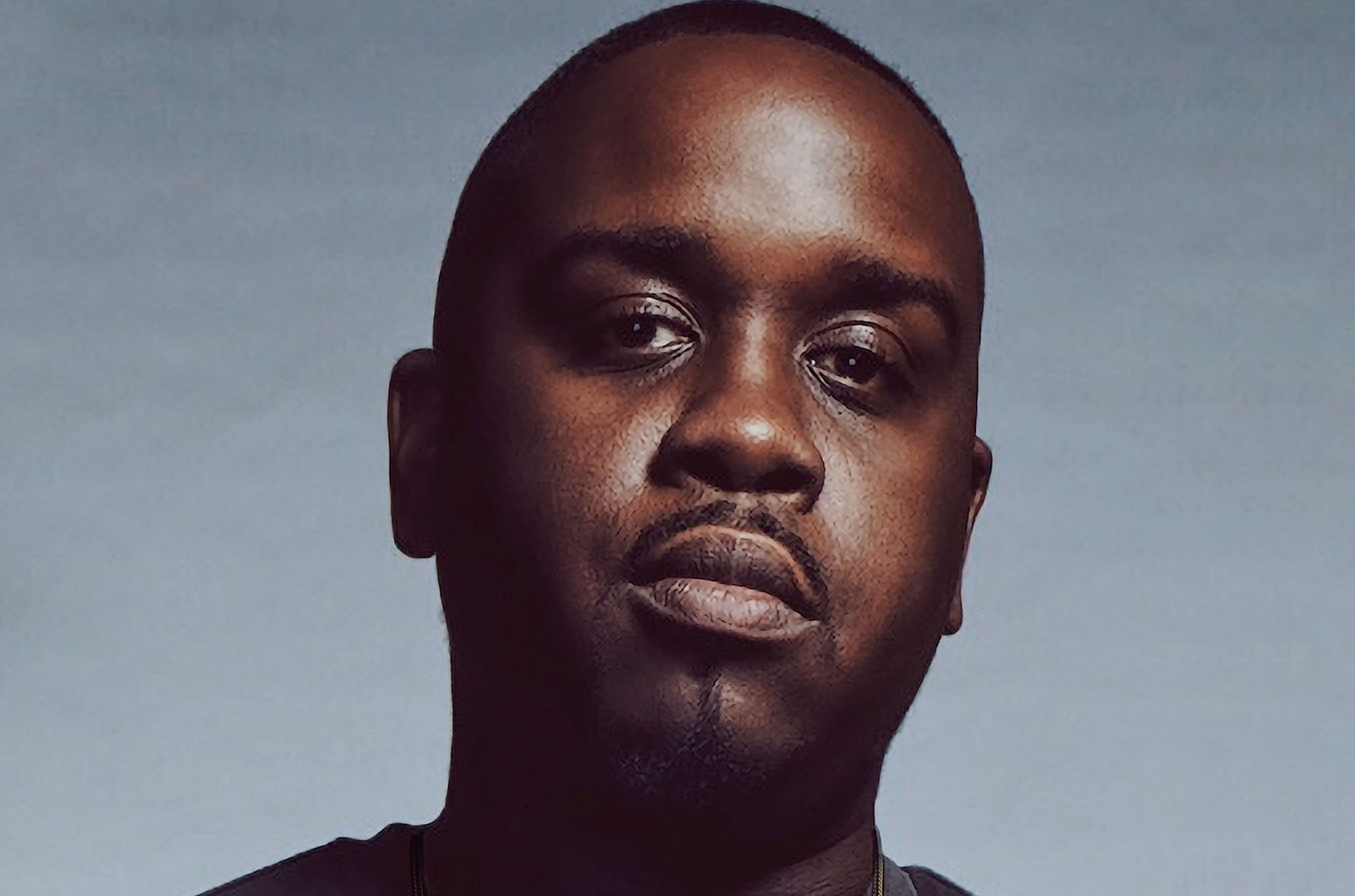 Richard Foster has been pro­moted to vp of marketing at Epic Records in a move designed to “In a move to expand marketing strategies across the label,” according to the press release. Foster has been with Epic since 2019 and has served as Product Manager since March 2020.

In his new role, Foster will continue working closely with all of the labels departments, overseeing the creative direction of each project, while acting as the central point of contact. He’ll also focus on marketing, managing product budgets and strategy. Based in New York, he will continue to report to Epic’s executive vp and head of marketing Dave Bell.

“Rich’s limitless creative and understanding of both the artist and fan perspective were an immediate standout when he joined the company two years ago,” Bell said in a statement. “His quick ascension is a result of hard work, determination and an unwavering eye on what moves the culture and the market.”

Since starting at Epic, Foster has developed a list of credits spanning work with R&B artist Giveon and leading the digital marketing strategy for 21 Savage and Metro Boomin’s chart-topping album Savage Mode 2. Before joining the label, he held marketing positions at Warner Music Group, Combs Enterprises, Exposure and Universal Motown Records — where he kicked off his career as an intern.

“My decision to join Epic could never have anticipated the changes that the label, not to mention the country and the whole world, would go through over the course of 2020 and now 2021,” said Mr. Foster. “I am thankful for the guidance and advice provided to me by Sylvia Rhone, Rick Sackheim and Dave Bell. I have learned from all of them during this unforgettable time, and it’s only the beginning.”

iHeartMedia has announced the appointment of two executives to presidential roles, with Kevin Legrett as the new president of iHeartMedia sports and Alexis Ginas as president of the L.A. region.

LeGrett has been with the audio media company since 2010, most recently as Division President and President of the L.A. Region. His new role will see him working to coordinate iHeartMedia’s sports assets across all their audio platforms, striving to maximize their impact for listeners, partners and clients. “I am excited to harness the power of iHeartMedia Sports for clients, partners, and our local markets while expanding our offerings and leading position throughout the sports industry, building on our unique position in both audio and sports,” LeGrett said in a statement.

Taking on LeGrett’s former role as L.A. Region President is Ginas. The Emmy Award-winning media and technology executive joins iHeartMedia Los Angeles from Madison Valley, a media and technology consulting practice that she founded. She will report to LeGrett in her new position. “I am thrilled to join iHeartMedia’s respected Los Angeles team,” she said. “iHeartMedia Los Angeles is home to some of the most influential brands, talent and events in music, news and entertainment, but what really drives its success are the talented people who work there. I am proud to now be one of them.”

In between working on the new “Gossip Girl” reboot’s soundtrack, Heavy Duty Projects has named two new executives to take on leadership roles within the visual media music studio. Tom Cathcart will lead Heavy Duty’s expansion “via a hub in London,” whereas Amanda Yamate will take the lead on the film/tv original score division.

The new hires comes as the company sets in motion a major expansion initiative, with plans to “establish itself in the competitive world of film and TV scoring,” the press release reads. “Adding Tom in London and Amanda in Los Angeles are important parts of the plan to build on our momentum, not just in the work we do for brands but across all forms of media,” said Josh Kessler, founding partner and CEO of Heavy Duty. “Both are perfect fits for Heavy Duty; they’re talented, passionate and totally in sync with where we’re going.”

Alongside the appointments of Cathcart and Yamate, the signing on of composer Ariel Rechtshaid to score the “Gossip Girl” reboot is an additional power move for the company’s growth plans. Yamate will directly assist Rechtshaid in their new role, meanwhile Cathcart will work to build Heavy Duty’s reputation in the industry.

“It’s been incredible to work alongside the amazing talent at Heavy Duty, a team that shares my passions for pushing the boundaries of score and composition,” Yamate said. “This kind of work requires great teamwork and collaboration, which has always been one of Heavy Duty’s strong suits. Our focus will always be how to tell the story best through music.”

Milo Pacheco has been named general manager/head of marketing for S-Curve Records, which has been relaunched as a joint venture with Disney Music Group. He was previously senior vp of Marketing at S-Curve/BMG where he led campaigns for artists like AJR, Andy Grammer, Leslie Odom Jr., and We The Kings.

In his new role, he will report to S-Curve president and founder Steve Greenberg, who said Pacheco has been “integral” to the label’s success. “His keen marketing skills, combined with a deep knowledge and passion for music, have led him to a leadership role in everything we do,” Greenberg said. “Milo understands artists and their teams, expertly helping them to actualize their creative vision and bring their music to the public.”

In another coup for the music giant, accomplished artist manager Cathy Oates is tapped as head of marketing, Australian artists, a role that sees her guiding the company’s domestic and international Australian artist marketing strategy.

It’s an unexpected major label return for Oates, who last served with EMI back in the late 2000s, culminating in her appointment as head of Capitol Records.

Through her management and consulting company Original Matters, which launched in 2006, Oates guides the careers of one-time ARIA Award female artist of the year Megan Washington, Kira Puru, and Alex the Astronaut and others. Oates played an important, early role managing Dean Lewis and Angus & Julia Stone, both ARIA Award-winning acts with international careers.

New to the company is Rich Wiles, who most-recently served as Head of Digital for BBC Studios ANZ, with responsibilities for the digital content and marketing strategy across multiple platforms.

The appointments are the latest shakeup by Dan Rosen, who was appointed President of Warner Music Australasia earlier in the year, following a decade leading ARIA and PPCA as CEO.

“This is a key milestone in the evolution of our team at WM Australasia,” he explains. “Cathy, Chris and Rich bring a diversity of experience and thinking to the company and are all enormously respected figures throughout the music business and the wider entertainment sector,” he continues. “They recognise the important role that music plays in shaping culture and the responsibilities that come with that.” Together, enthuses Rosen, “we are going to work with our artists to take their music to the world and connect with fans in ever more new and innovative ways”.

Earlier, Rosen announced the company’s commercial department would be combined with the brand & sync team, and the unification of the marketing and promotions teams. – Lars Brandle

All three managing partners are longtime music industry managers, each bringing with them years of experience climbing the “proverbial ladder” of success. They feel this makes them more equipped to assist their artists as they understand what they’re going through in order to achieve their musical goals. “Because we know what it’s like to be out on the road, to live on a bus, to leave home for months at a time, and to be in the studio every night for weekends on end until 5 a.m., we are in a unique position to help usher our artists through one of the most challenging climates the music industry has weathered,” Huaynate, Mishko and Niles said in a joint statement.

Niles is an intern turned director of management from Indie-Pop Music, where he oversaw all of the firms managers and worked in budgeting, touring and project management. NoSundays is not his first entrepreneurial venture; in fact, the coronavirus pandemic inspired his creation of LiveAesthetic, a tech consultation business geared toward helping artists transition to live-streamed virtual performances. Huayante, meanwhile, also began his music industry career with an internship. Starting out as a Warner Records, he built a career managing artists like MadeinTYO, 24HRS and the Private Club Collective.

Mishko brings a career in touring to the team, having worked on tours for artists such as M83, Ryan Bingham, Cobra Starship, The Joy Formidable and more. He later started managing one of his touring clients — The Drums — and has been managing names like Nick Waterhouse, Brevin Kim, Cornelia Murr, Ekkstacy and producer Jacob Munk ever since. The three industry pros now team up to put their experience and talent toward NoSundays.

“We are immensely grateful for the talented artists who are trusting and joining us in this new chapter, and look forward to helping them further their visions and achieve all of their aspirations,” they said.

ICM Partners/Primary Talent International has a new concerts agent in Beckie Sugden, who joins from her most recent post at X-ray Touring.

“I’m extremely proud to represent some of the most exceptional and ground breaking artists around and I look forward to continuing our work together utilizing the incredible breath of resources ICM has to offer as artist’s career become more multi-dimensional than ever,” Sugden said in a statement.

“I am absolutely thrilled to be joining the team at ICM/Primary, bringing my 15 years of experience to an already stellar international team,” Sugden said. “As we all begin to rebuild from the ashes of the pandemic there feels like no better time to join such a progressive, representative and forward-thinking company.”

Primary Talent International partnered with ICM Partners back in March 2020, placing Matt Bates at the helm. Bates, who was named Head of International/Europe of the combined entities in February 2021, said “Beckie is an agent whose reputation in the industry precedes her. She has an exciting and diverse roster and we are excited to welcome her into the ICM/Primary family.”

Following the reimagining of its Country and Alternative formats last year, Audacy has announced a new team of executives as part of the company’s reconstruction of its Top 40 programming. Brain Kelly will head the Top 40 Programming team as Audacy Top 40 format captain, while a number of people have been named regional vps of programming and regional Top 40 brand managers.

Audacy’s employee shifts aren’t quite over yet; with the rollout of two new national Top 40 shows, hosted by Julia Lepidi and Josh “Bru” Brubaker, their Top 40 realignment strategies continue.

The company’s Top 40 adjustments have been initiated for a multitude of reasons, according to a one-sheet sent by Audacy. Not only do they believe Top 40 is at the “epicenter of culture,” they also feel, having studied the impact of their country and alternative format innovations, that the right talent and leadership is in place for their Top 40 plans to be successful.