Evil Genius 2 review: is it still good to be mean?

PC gamers, do you want to get old? Well know that Evil Genius was released almost seventeen years ago! Do not thank us for this reminder, those in charge are to be found on the side of the English studio Rebellion, which has decided to offer a sequel to this cult management game, whose aura and principles are similar to a Dungeon Keeper or a Theme Hospital. So, what have you been doing these last nights? The same as in 2004, of course: trying to conquer the world! 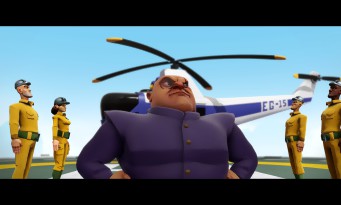 Surprisingly, the first contact with the game is via the “forced” display of an options screen. But there is a reason for this: the developers have paid particular attention to the “quality of life” and they obviously want players not to miss all the refinements offered. Thus, it is possible to customize the display duration of certain messages, to activate the red alert with a simple click or a long press, to decide what will trigger the automatic pause of the game, or to choose the degree of opacity of certain interface elements. Such personalization is all the more justified, and appreciated, as we are dealing with a management game. To top it off, even the graphics settings are more sophisticated than in most games, since you can instantly see the effect of each option in a side window rendered in real time. However, this good initial impression subsequently leads to a (mini) cold shower: the launch menu does not seem to offer a single player campaign as such, and only gives the choice between “quick game”, “customize” and “Sandbox” “. It is actually the first option that must be retained to be entitled to what most resembles a campaign, but this choice of terms must be seen as a certain admission on the part of the developers. 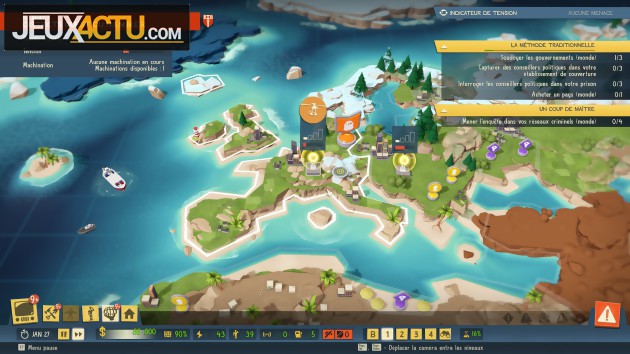 The storyline aspect is kept to a minimum, and you’ll have to make do with a few dialogues featuring your evil genius on fixed screens. No staging sought, no really developed scenario, no real cutscenes… the game fully assumes (and even a little too much for our taste) its sandbox orientation. The course of the first part is therefore quite academic, with stages of tutorials in a row. We have known more immersive. The other modes still give the choice between four different anti-heroes (Maximilian the bald megalomaniac straight out of Austin Powers, General Ivan the Red, Zalika the genius of science, and Emma the spy converted into a villain). Each of these characters has three specific skills (two active, one passive) and a personal biography. All of this does not replace a real script and an extensive staging. But if the developers allow themselves this gap, it is certainly because they know that the game mechanics hold up perfectly!

I, RICH AND BAD 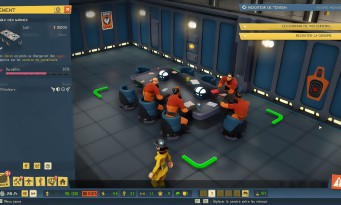 The concept of Evil Genius 2 revolves around the development of a true den of evil genius, naturally located on a tropical island. For that, it will be necessary to hire personnel, to train them, to manage the inflows and outflows of money, and especially to build many rooms with various and varied effects. Vault, barracks, refectory, scientific laboratory, power station, training room, prison, infirmary or even surveillance room respond to the call. Naturally it is advisable to optimize their size as well as possible, to equip them with all the necessary elements, and possibly to have some decorative objects here and there. We must also not forget to maintain the casino which serves as a cover for our secret base. Installing gaming tables not only provides additional cash flow, but also entertains the secret agents who regularly come to investigate the exact nature of our establishment. 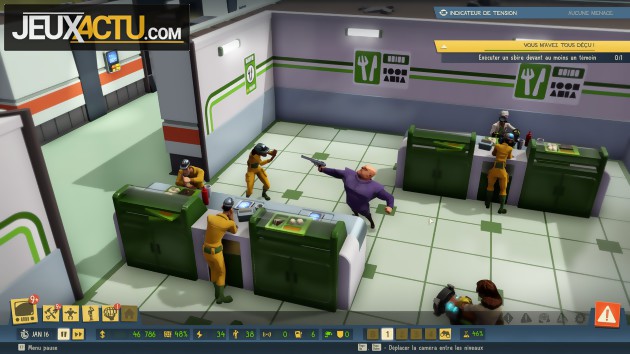 It is also possible to use the hard way to get rid of these intruders, by capturing them or by eliminating them altogether. All this takes place through a free isometric view (zooms and rotations allowed) and menus rather well organized and efficient. The other large section of the game takes the form of a map of the world, divided into different regions. Here, it is necessary to install a criminal network in each section, in order to have access to small “automatic” missions called machinations. In exchange for a few men, we can then earn gold, capture scientists, bribe governments or even recruit henchmen. The different mechanics are articulated correctly with each other, and this effective gameplay is all the more pleasant because it offers us a very nice atmosphere, directly inherited from the Austin Powers, No One Lives Forever and other parodies of James Jump. Lava lamps, orange armchairs and other clichés straight out of the 70s thus reinforce the attractiveness of the game, which is bathed moreover in very appropriate cartoon graphics. 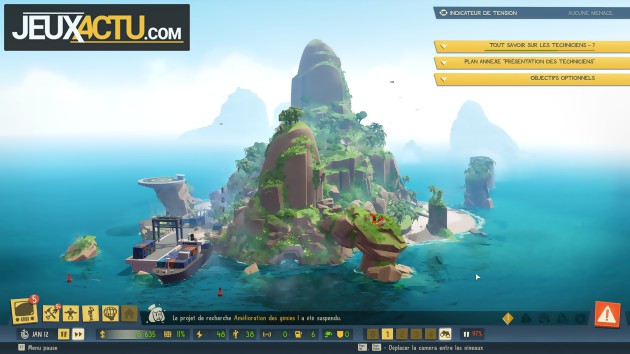 NO ONE LIVES FOREVER … 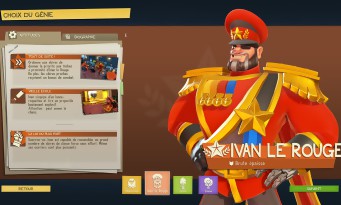 And we’re not going to lie to each other, one of the great strengths of this universe naturally comes from the possibility of playing a happy villain. Installing infirmary beds is good, but building a corpse incinerator or an interrogation chair is even better! Arbitrarily killing one of our henchmen in front of his colleagues to boost the motivation of the small staff is also proving to be a foodie’s pleasure. And let’s not forget the various traps intended to accommodate enemy secret agents. From giant boxing gloves to killer bees, including laser walls, soporific gas and shark pools, there is plenty to satisfy some sadistic impulses. You will understand, Evil Genius is at the height of its predecessor and is therefore generally pleasant. But it still suffers from a few flaws, in addition to the lack of scripting mentioned above. Starting with the absence of real novelties. Indeed, the developers played the card of safety and preferred to stick as much as possible to the original game rather than to take risks. This can be defended, but it also means that apart from the possibility of building our lair on several floors, there is not much new to eat. We may also notice one or two bugs here or there, but they are generally benign and the developers are already on the spot to correct them. Finally, the last black point on the board comes from the presence of a Season Pass offered for sale upon release of the game. Admittedly, this way of proceeding is quite common these days. But it seems to us more particularly unwelcome for a management game, since it is not so much a question of extending an adventure as of offering additional objects and agents, which we would have preferred to be able to use as soon as our first base … 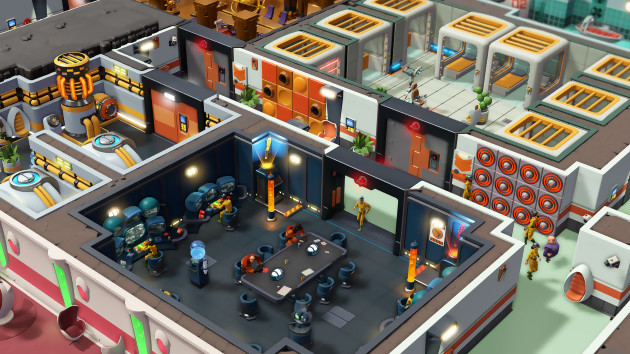