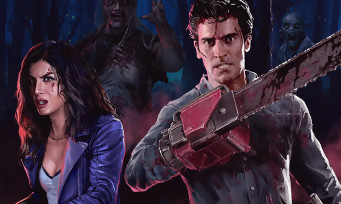 While he made his grand return to the cinema in Dr Strange in the Multiverse of Madness, Bruce Campbell is also on the poster for Evil Dead: The Game which is released today on PC, PS5, Xbox Series, PS4 and Xbox One . Inevitably, we have the right to a launch trailer to give us a reminder and show us the bloodiest and most gory images to make hemoglobin lovers want to be tempted. We remind you that this is a multiplayer game with asymmetrical gameplay, in the sense that the opposing teams that compete do not have the same game mechanics. There is indeed Ash Williams and his team who must face Kandarian demon, each side having its specific skills to survive or win the game. Come on, better than words, here is the launch trailer.