Event Designer Bobby Garza In Austin, In a Pandemic: Looking Back On 16 Months of Ups and Downs 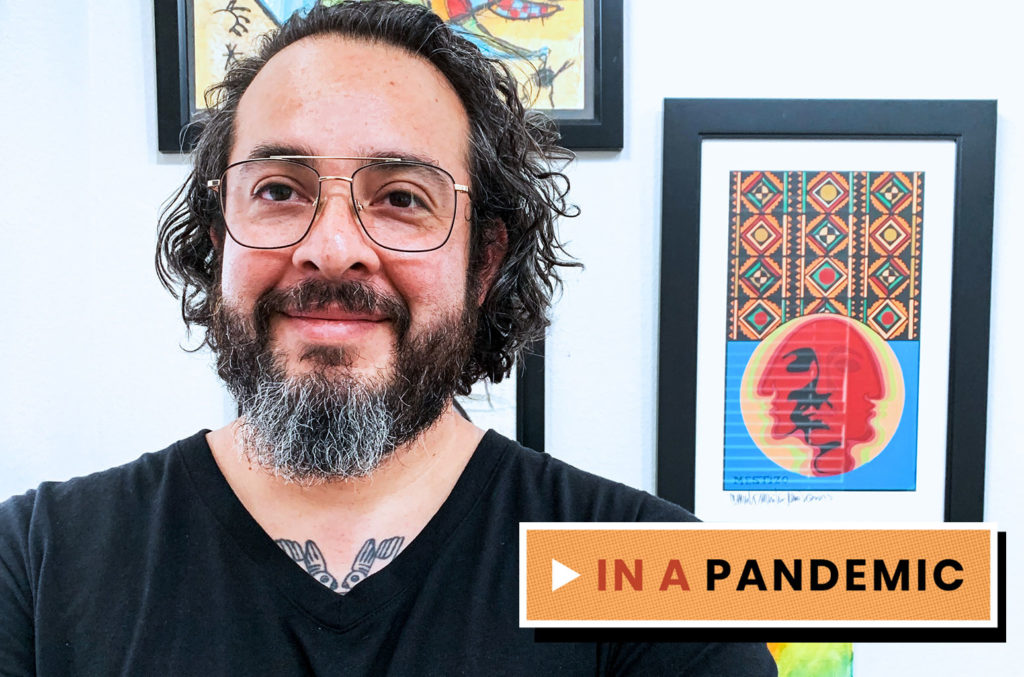 When the concert business shut down in March 2020, Bobby Garza abruptly shifted from putting on live events to tearing them down — his company, Austin-based Forefront Networks, had to cancel the California food-and-music festival Yountville Live later that month. In early April, his life changed even more dramatically: Forefront furloughed 30 percent of its staff, including him.

As part of Billboard‘s efforts to best cover the coronavirus pandemic and its impacts on the music industry, we will be speaking with Garza, a 44-year-old former Forefront creative team leader who used to be general manager of festival producer Transmission Events, every other week to chronicle his experience throughout the crisis. As of early January, he is now vice president of programs and community outreach at the Long Center, a performing-arts facility in Austin, which, among other things is working on dispersing emergency SAVES grants worth tens of thousands of dollars to struggling local concert venues.

Note: This is the 34th and final installment of this Q&A series with Garza, due to the (almost?) end of the pandemic. “I feel like this is the conversation where we sort out what our belongings are and go our separate ways,” he says with a laugh. “Who’s keeping the dog?”

Over the past 16 months, what has the concert business done right and wrong?

The industry was both more initially fragile and also more resilient than I anticipated. As I was seeing friends get laid off, or people I knew that had businesses closing their doors, I also saw venue operators figure it out. I saw production companies get super-scrappy. I’m at the Long Center right now and we’re having an all-team meeting talking about how we made it through all this stuff and what the future holds. I hope other organizations are going through the same: “We barely made it, but we made it, and we’re here.” The stuff that NIVA is doing and the activism coming out of a really bad thing is encouraging to me.

Let’s go back to the very beginning when all those terrible things were happening and you lost your job.

How were you were feeling psychologically then, and how is it different now?

I’m more hopeful than probably I’ve been in two years. I was petrified, thinking about how I was going to provide for my kids, which is something I never had to consider before. But it made me empathize with my mom, who was a single mother working multiple jobs. “Man, it’s going to be driving Lyft or Uber or working at 7-Eleven if I have to.” I had never mentally been there before. Then trying to provide other things for my kids that school provided for them — that was a really challenging time. I wasn’t equipped for that and I’m certainly not trained for that. It was pretty dismal. And talking to all my friends working for this industry who were like, “I don’t know what the hell I’m going to do,” and seeing people who didn’t make it through to the end of this thing for whatever reasons, health or mental health.

What good things have come out of the last 16 months, for the industry?

When I was laid off and worrying about paying bills, I didn’t really have the headspace to do much more than I was doing. Now my brain is moving in a direction and talking with our executive team about this incredible resource we have with the Long Center and how we can be of service to other organizations, other businesses and artists.

What are you thinking as far as new ideas and the change you’d like to come up with?

One of the things we learned over the last year and a half was focusing on local artists is a good thing and really doubling down on that stuff is incredibly important and vital. And I don’t want to lose that, and [thinking about] whether we’re as inclusive as possible, whether we’re missing certain voices. Drop-ins for BIPOC or women-led bands were 81%. For our online series Good Vibes Only, that was like 67%. What that tells us is we can be successful and maintain these values of diversity and inclusion.

How much did last summer’s Black Lives Matter activism impact what you’re doing at the Long Center?

100%. Our CEO Cory Baker, when she was giving her all-staff presentation, was like, “Social justice is important. We need to continue to think about that.” That’s the first time the Long Center has taken a stand to say Black Lives Matter. We’re having these deeper conversations about creating more entrenched relationships with the right organizations. There’s a Black cultural district here called Six Square and we’ve been working with them. It started with get-to-know-you stuff and we shared some playlists and talked about what we like and what our influences are, which people never do in business because we never have the time, but we had time this time. It evolved to us hosting one of their bigger events of the year at the Long Center this year. They had Big Freedia come out and a local DJ, Kay Cali. I was talking to their CEO last night and she was like “we’re not done,” and I said, “Absolutely, we’re not done.”

What one thing comes to mind about your personal life over the past 16 months?

The frequency and duration with which I got to spend time with my kids. I find myself missing them now more when they’re gone, like we just came back from the beach and had these conversations about “remember when, this last year, that was so much fun . . .” We’ve created some really cool traditions, like playing ukulele together, and watching Marvel shows together, and some of it feels like mundane day-to-day stuff, but that is really the guts of everything that holds me together. Absent being stuck in the same house, we never would have done that.