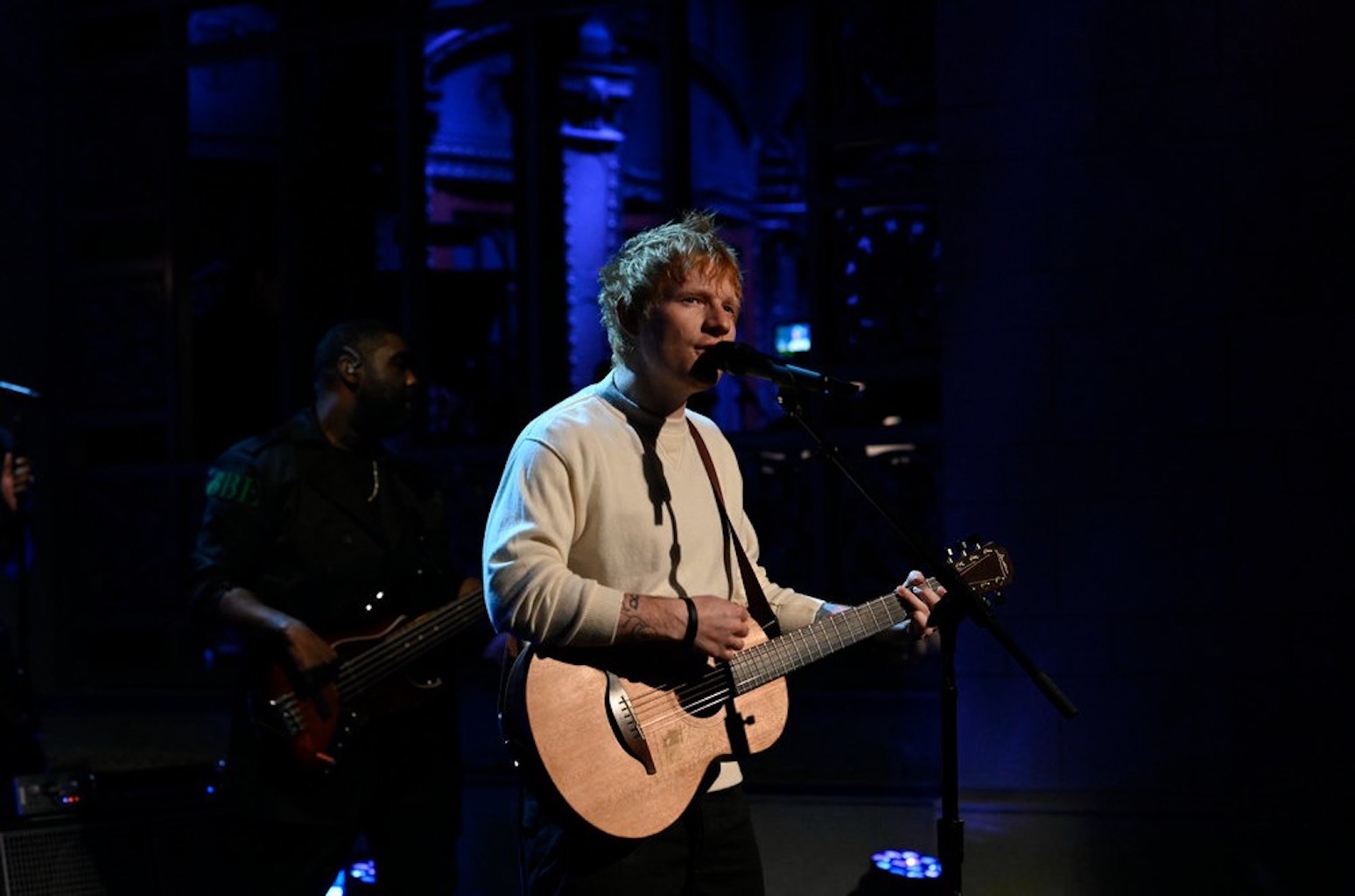 Despite rumors that his recent positive COVID-19 diagnosis would prevent him from performing on Saturday Night Live, Ed Sheeran returned to Studio 8H on Nov. 6 with upbeat performances from his new album, =.

Fresh out of self-isolation, the English singer-songwriter appeared vibrant and in good health while delivering rousing performances of “Shivers” and “Overpass Graffiti.” Sheeran, who tested positive for coronavirus in late October, recently spoke with Howard Stern about his diagnosis and recovery.

“Everyone was saying they were scrambling to find a replacement,” the Grammy winner said of rumors about his SNL appearance being impacted, but “I was always playing that. I tested for COVID and I announced it a couple days afterwards because I had to cancel [some] stuff.”

Earlier in the week ahead of his SNL performance, the 30-year-old singer revealed that he was out of quarantine and ready to hit the stage. “Posting this pic to say I’m released from covid isolation today, so if you see me out and about I’ve had the all clear and done my quarantine,” Sheeran tweeted alongside a dramatically lit shot of him singing on a soundstage.

This marked Sheeran’s third time serving as musical guest on Saturday Night Live. He first graced the Studio 8H stage in 2014, when he sang his x hits “Don’t” and “Sing.” The singer returned in 2017 to perform “Shape of You” and “Castle on the Hill,” from ÷.

Watch Sheeran’s SNL performances below, and see the full episode of SNL on Hulu here. The streaming service is currently offering a 30-day free trial, which you can sign up for here.