EA Sports UFC 5: a first clue on the release date? The Fight Night reboot would still be on stand-by 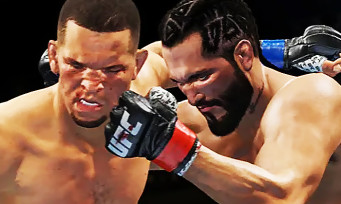 Last year, Tom Henderson had revealed that Electronic Arts wanted to resuscitate a series appreciated by gamers, knowing that the remake of Dead Space had already been formalized. In the wake of the insider’s indiscretions, Video Games Chronicle had confided that Electronic Arts had given the green light for a reboot of Fight Night – with the code name “Moneyball”. Excellent news for fans of the license who, unfortunately, were quickly disillusioned. Indeed, our colleagues had managed to obtain an internal email sent to EA Canada employees in which it was explained to them that priority had been given to EA Sports UFC 5 so that quality standards were respected, which therefore implied put the development of the next Fight Night on hold.
Today, Tom Henderson puts a coin in the machine by explaining that EA Sports UFC 5 will probably be released in the summer of 2023 while the first rumors in the hallway suggested rather the end of 2022. In addition, he insists on the fact that the reboot of Fight Night is indeed on stand-by and not cancelled. It will therefore be interesting to see if EA Canada will resume development of the game once EA Sports UFC 5 is available, or if the project will be put away. Contacted, Electronic Arts obviously declined to comment.

Wanted to rename the original QRT from “canned” to “paused” because I’ve not been told that it’s 100% canned yet.