Dying Light 2: actress Rosario Dawnson (Sin City, the Mandalorian) has a role in the game 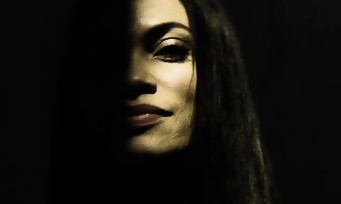 There are still quite a few months left before the release of Dying Light 2: Stay Human and Techland studio continues to reveal the content of its game with the 4th episode of Dying 2 Know (D2K), their developer diary. Today we are talking about the character of Lawan, who will be played in the game by actress Rosario Dawson. Known for her roles in Sin City, Boulevard de la Mort, Trance or recently The Mandalorian), she agreed to bring to life Lawan who has a special relationship with Aiden. A trailer has been posted to formalize the arrival of the actress who lends herself to a few 3D photo shoots and to explain her choice to accept the role.

Expected for February 2022, Dying Light 2: Stay Human has the particularity of having the French Olivier Deriviere in charge of the music. The latter also went to the studios of Abbey Road (previously used by artists such as the Beatles, Pink Floyd and U2) to record the music, thanks to the London Contemporary Orchestra. A presentation video was also unveiled on this occasion. Dying Light 2 Stay Human is expected to release on February 4 on PC, PlayStation 4, PlayStation 5, Xbox One, Xbox Series X | S, and Nintendo Switch (cloud version).