Dragon Ball Z Kakarot: the Switch version shows itself again with gameplay from Gotenks and Vegito 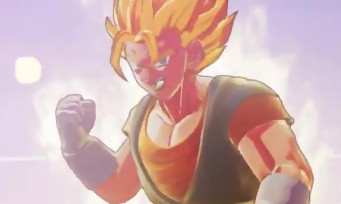 Only a few weeks before the arrival of Dragon Ball Z Kakarot on Nintendo Switch, and Bandai Namco Entertainment invites us to discover a new gameplay video. It is above all a question of formalizing the arrival of Gotenks and Vegito (Vegetto in French, it’s too ugly) as playable characters, since we recall that they were only playable at specific times of the adventure. This will also be a bonus temporarily exclusive to the Switch version, since the Japanese publisher has confirmed that it will be necessary to wait before seeing them land on other media. The release of the Switch version of Dragon Ball Z Kakarot is expected on September 24.