Dragon Ball Z Kakarot: a DLC dedicated to the arc of Trunks of the future announced in video 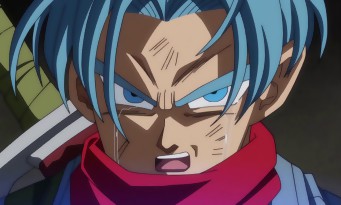 As you might expect, Bandai Namco Entertainment took advantage of the Dragon Ball Games Battle Hour that took place this weekend to update on Dragon Ball Z: Kakarot. The publisher has thus drawn a trailer dedicated to “Trunks: The Warrior of Hope, “a DLC picking up the Trunks from the future arc. Fans already know the story: Goku dies of a heart virus, and no one is able to face C-17 and C-18 who will disembark six months after the death of the hero. His friends will be eliminated one after the other, which will definitely plunge the world into chaos. Thirteen years later, the adventure of Trunks begins.

Note that this extension – expected for next summer – is included in the Season Pass “A New Power Awakens”, the first content of which was divided into two parts. Finally, let’s not forget to specify that Bandai Namco Entertainment will deploy tomorrow (March 9) a free update adding new maps to the free game Dragon Ball Card Warriors. Dragon Ball Z: Kakarot is available on Xbox One, PC, and PS4.