We bring to your attention an article about the upcoming Minecraft PE updates 1.17, 1.17.0, and 1.17.1 for Android, each of which will add a large number of new and interesting content to the Minecraft world for the Caves & Cliffs update. All upcoming updates for Caves & Cliffs will be available to all users of Android devices. Let’s take a look below at what exactly will be added and changed in the Minecraft world.

What to expect from the upcoming Minecraft PE 1.17 update?

This update has not yet been fully presented to the Minecraft community but is already one of the most anticipated and exciting, many players are already looking forward to the date of the full release of the Caves & Cliffs update. In the upcoming updates, even more, new and unique content is expected, namely new ore, new items, and other game aspects.

As far as you already know, in Minecraft PE latest version, the developers of the Mojang studio have already added a new type of block, a new mob, and other features from the upcoming Caves & Cliffs update. One of the new items is a Bundle.

A bundle is an item that players can use to store certain items or just as a present for someone! This item players can craft using materials such as rabbit fur and threads. Also, Mojang announced that this item will be available to players in chests in different dungeons of the Minecraft world.

This item can be found even in the Nether world of the Minecraft update Bedrock 1.16, namely https://mcpecube.com/download-minecraft-pe/172-minecraft-pe-1-16-40.html, the version that was released some time ago. Found chests in this version of the Minecraft game will be full of Bundles. 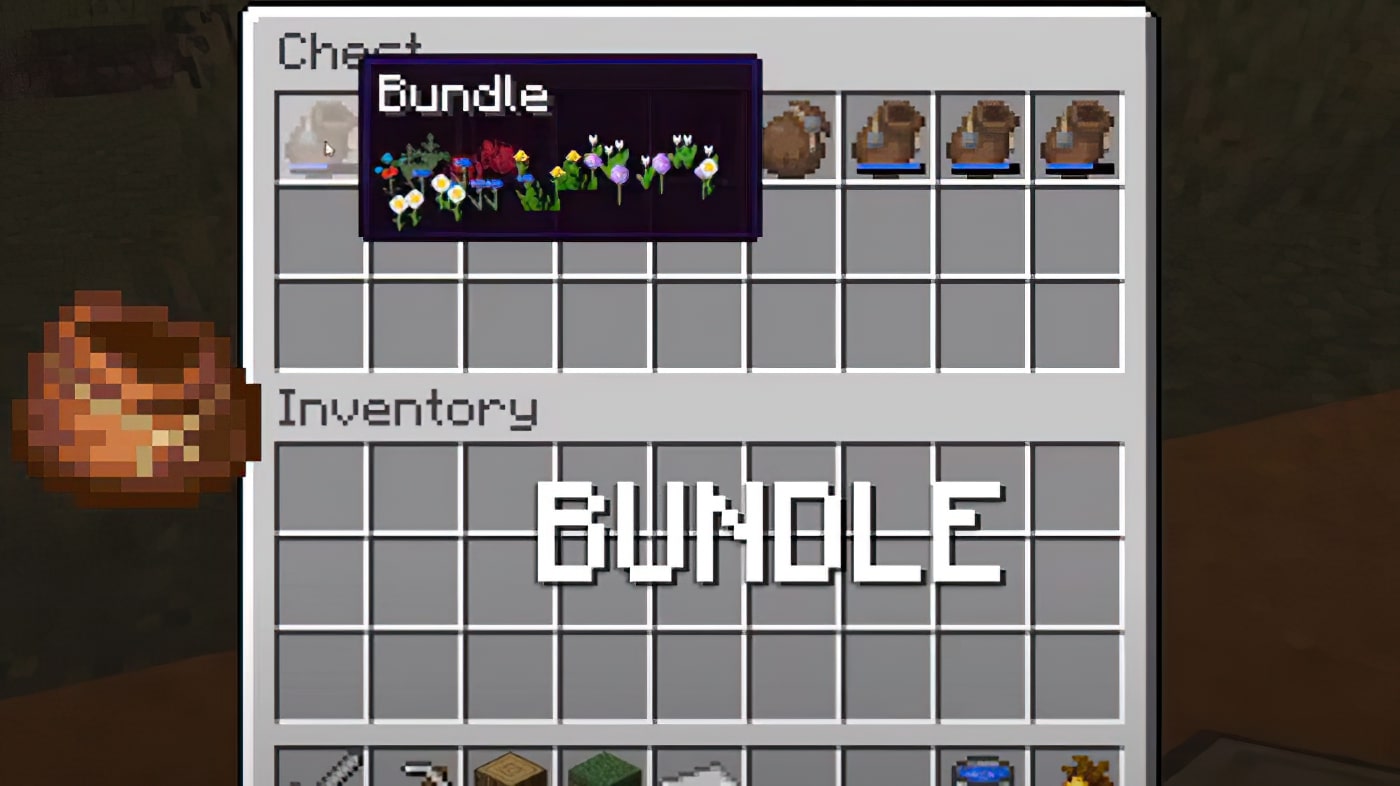 The next thing I would like to draw your attention to is Candles. In Minecraft PE 1.17, 1.17.0, and 1.17.1, candles will act as a light source that can be used for your home, party, or whatever. Players can even use these small blocks to place them as a unique decoration on the cake. 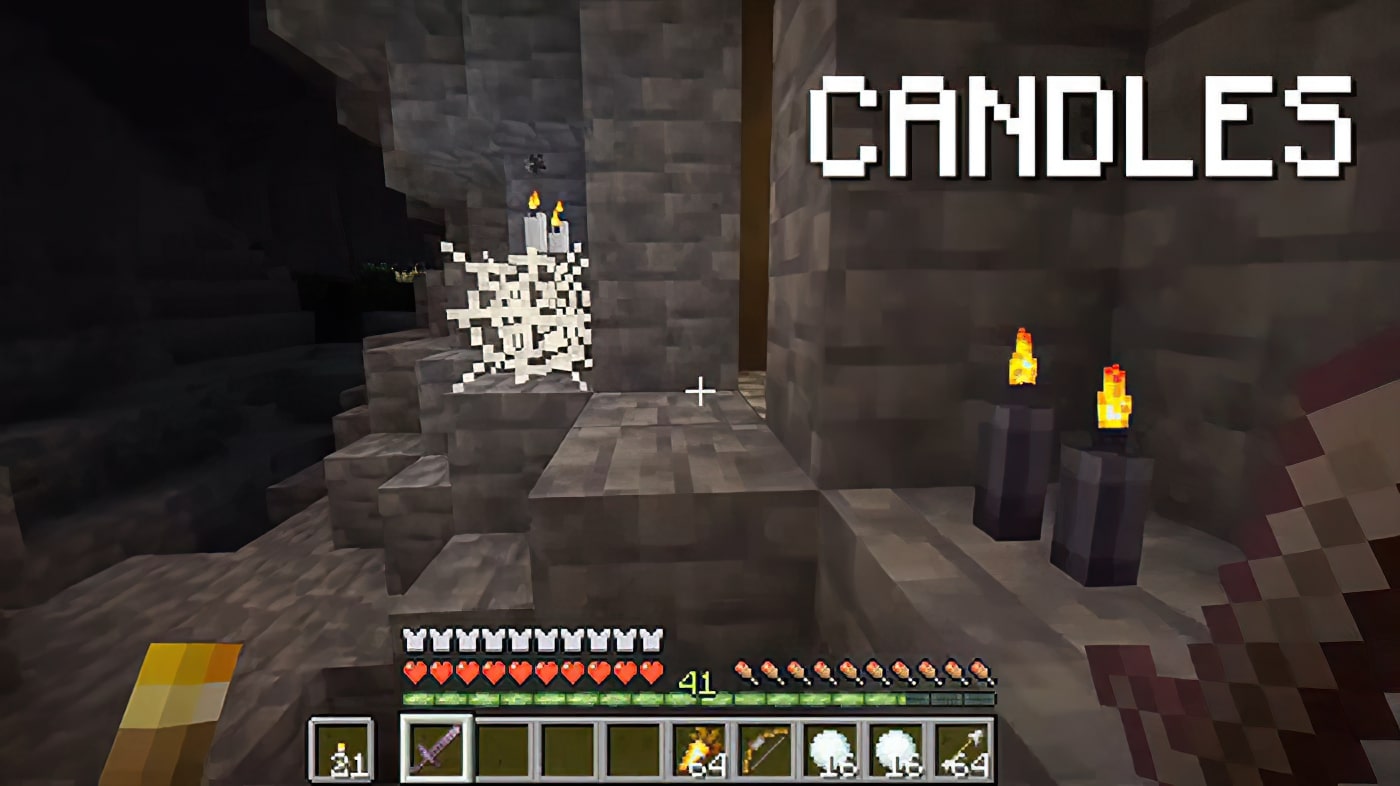 Players can place four candles on one block at once. We also draw your attention to the fact that candles can be decorated using dyes.

In terms of functionality, they are generally similar to an item like Sea Pickle which you may have seen earlier in the Aquatic update. Players can find such an item as Sea Pickle in the warm oceans of the Minecraft world.

The next block is the Amethyst cluster. Geological formations such as geode and amethyst will be another unique feature of the Caves & Cliffs update. Players can find this block in almost any cave in the Minecraft world.

Use new blocks at your discretion, by mining such a block, build a unique structure, or just as a decoration. Turn on your imagination, creativity, and fantasy. 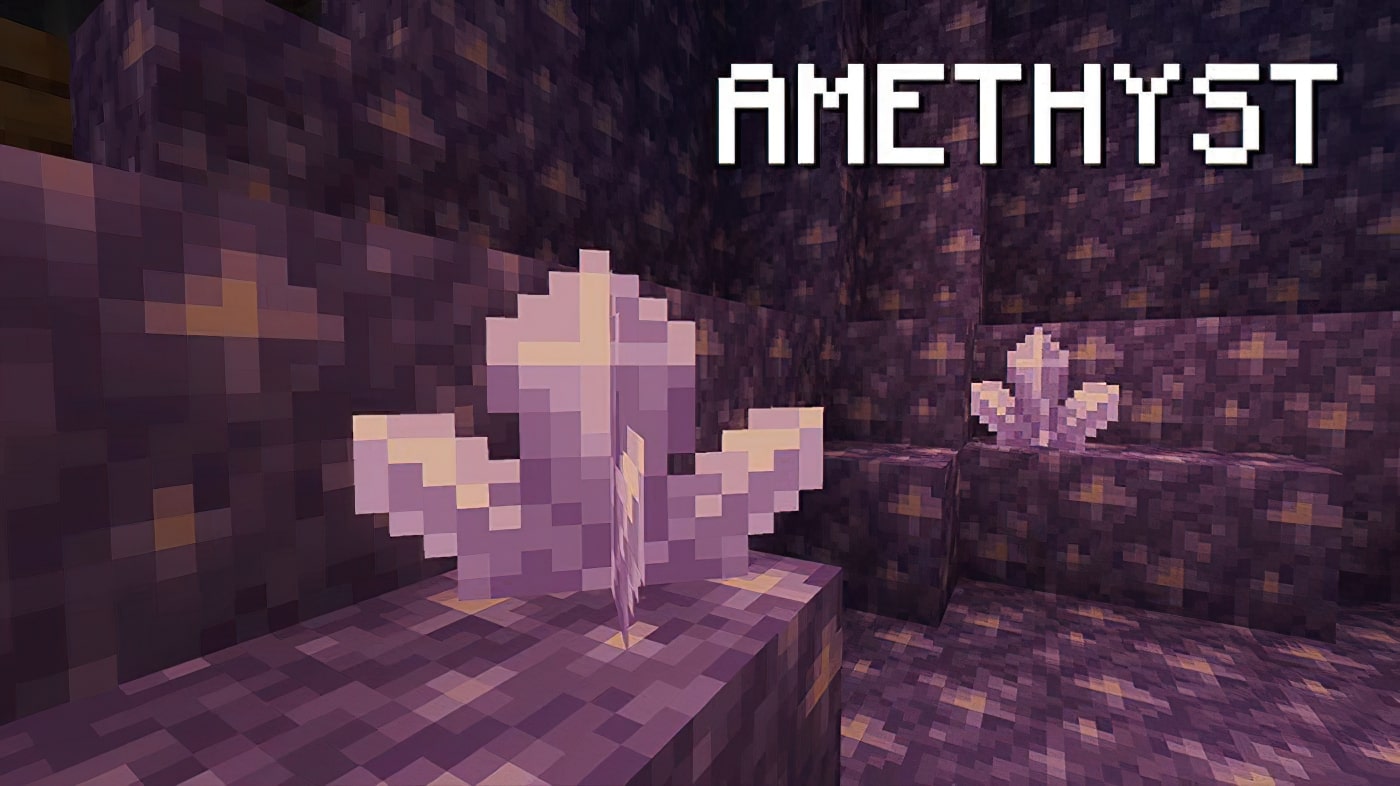 A material like amethyst shard will have another purpose. Players can obtain this crystalline mineral by destroying an amethyst cluster. Players can use this material to craft such an item as Spyglass (for observing distant objects), a Tinted Glass block (which players can use as a decoration), and of course such a block as Block of Amethyst! A feature of the Tinted Glass block is the ability to block light, but at the same time, you will see another player or object through it.

And the last is the Copper block. This is a new ore with new unique features. A feature of this block is the oxidation process, which occurs over time. This block was presented by the developers of the Mojang studio at Minecraft Live 2020! 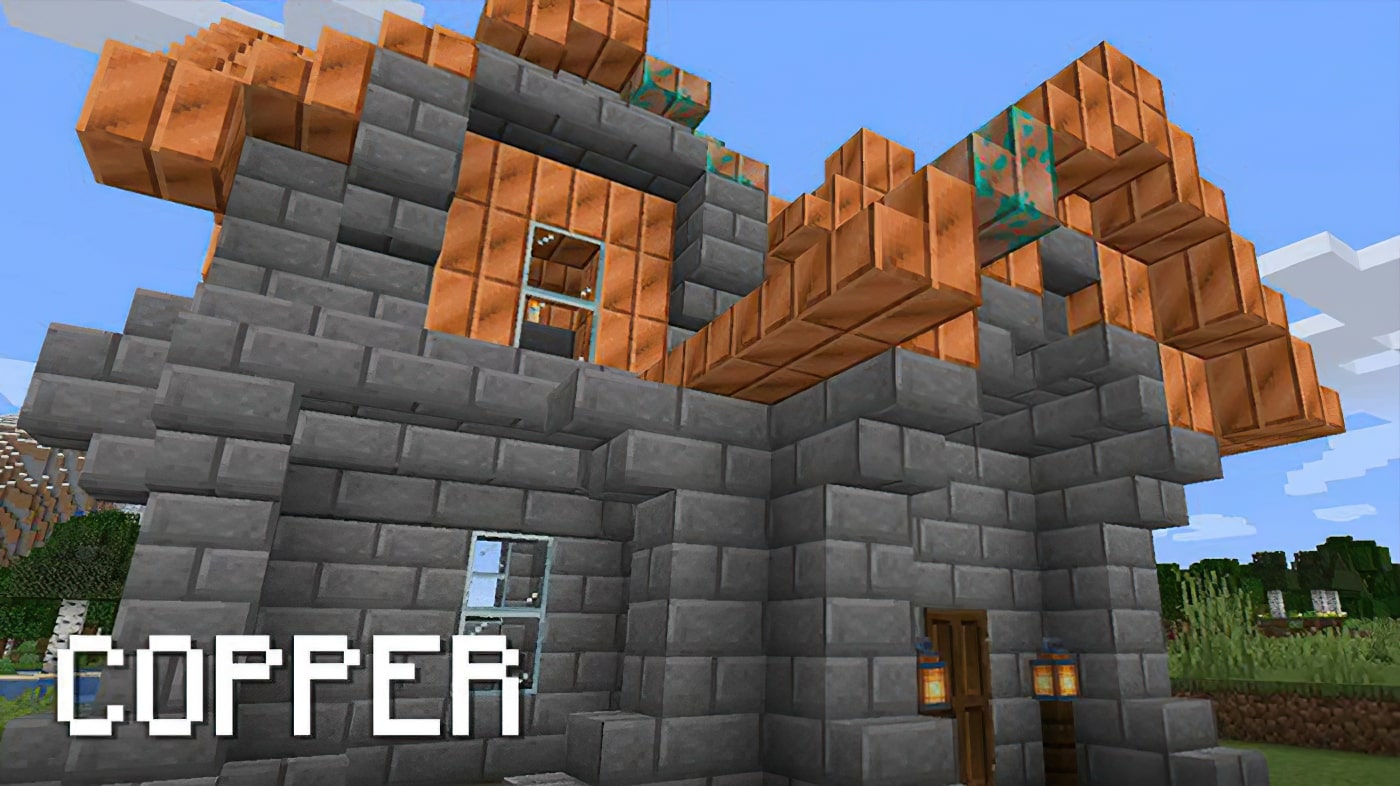 For more detailed information about the upcoming changes in Minecraft PE 1.17, go to https://mcpecube.com/download-minecraft-pe/89-minecraft-1-17-0-for-android.html