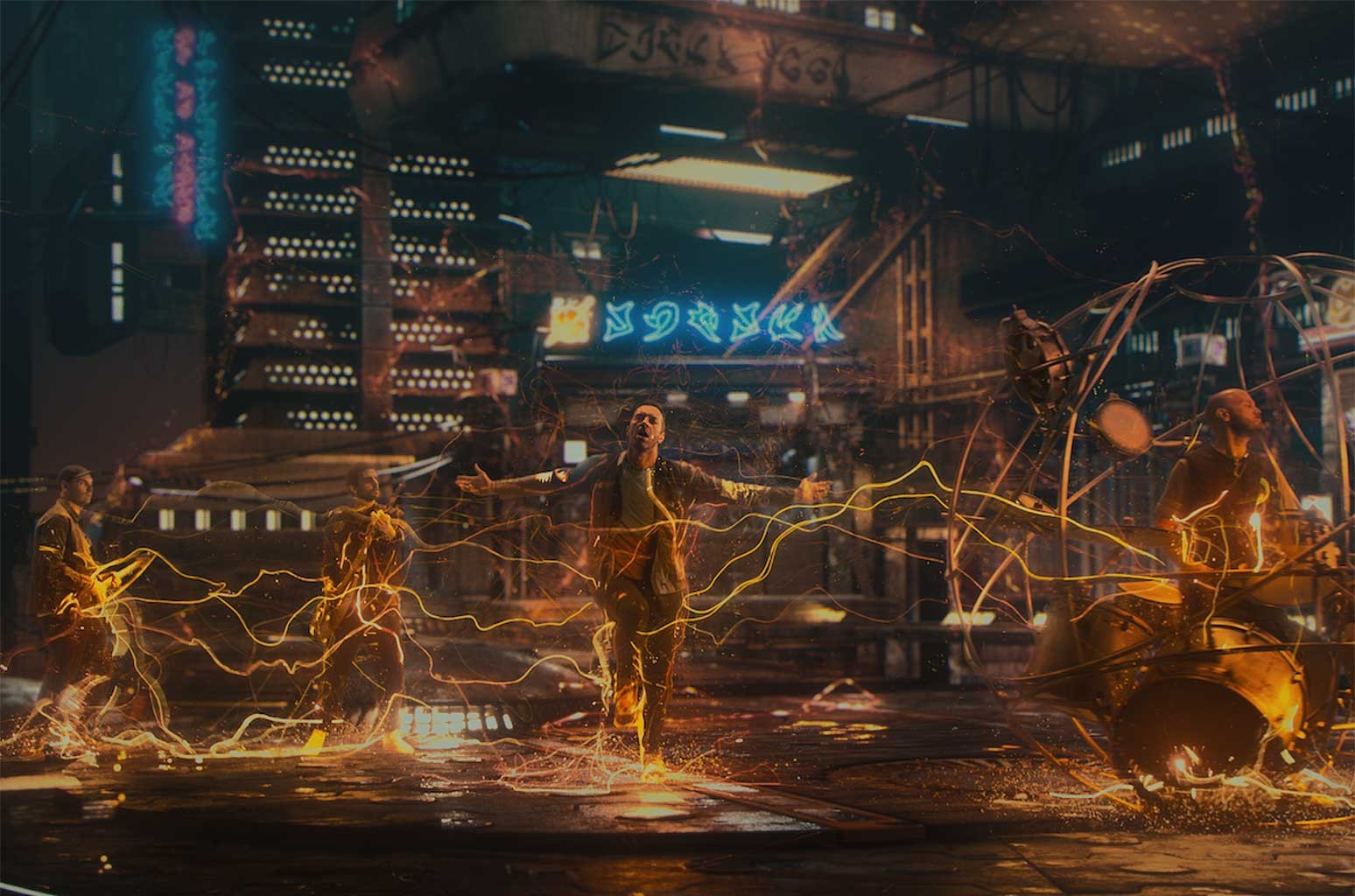 Propelling himself through the hologram-filled world, Martin boogies alongside ghostly ETs in colorful outfits and bedazzled faces — members of Seoul’s Ambiguous Dance Company — happily matching their moves on what looks like a 30th century town square. Martin stays ground-bound, though, when the crew’s heads turn into fan blades and they hover above him and the rest of the electrical storm-zapped band.

In a statement, Meyers explained that the visual is a “metaphor for how, right now, we all feel alienated, far removed from our world, almost like we’re on an alien planet. And ultimately we find love in the streets and that euphoria shoots us off into the stratosphere of our own energy and higher power.”

And in case you were wondering, yes, the clip definitely has some juicy Easter egg references to such classic sci-fi films as The Terminator, Blade Runner and The Fifth Element, among others. The rollout of “Higher Power,” the first single from the band’s upcoming as-yet-untitled ninth studio album, has featured an alien-themed worldwide viral campaign under the guise of AlienRadio.

Watch the “Higher Power” video below.