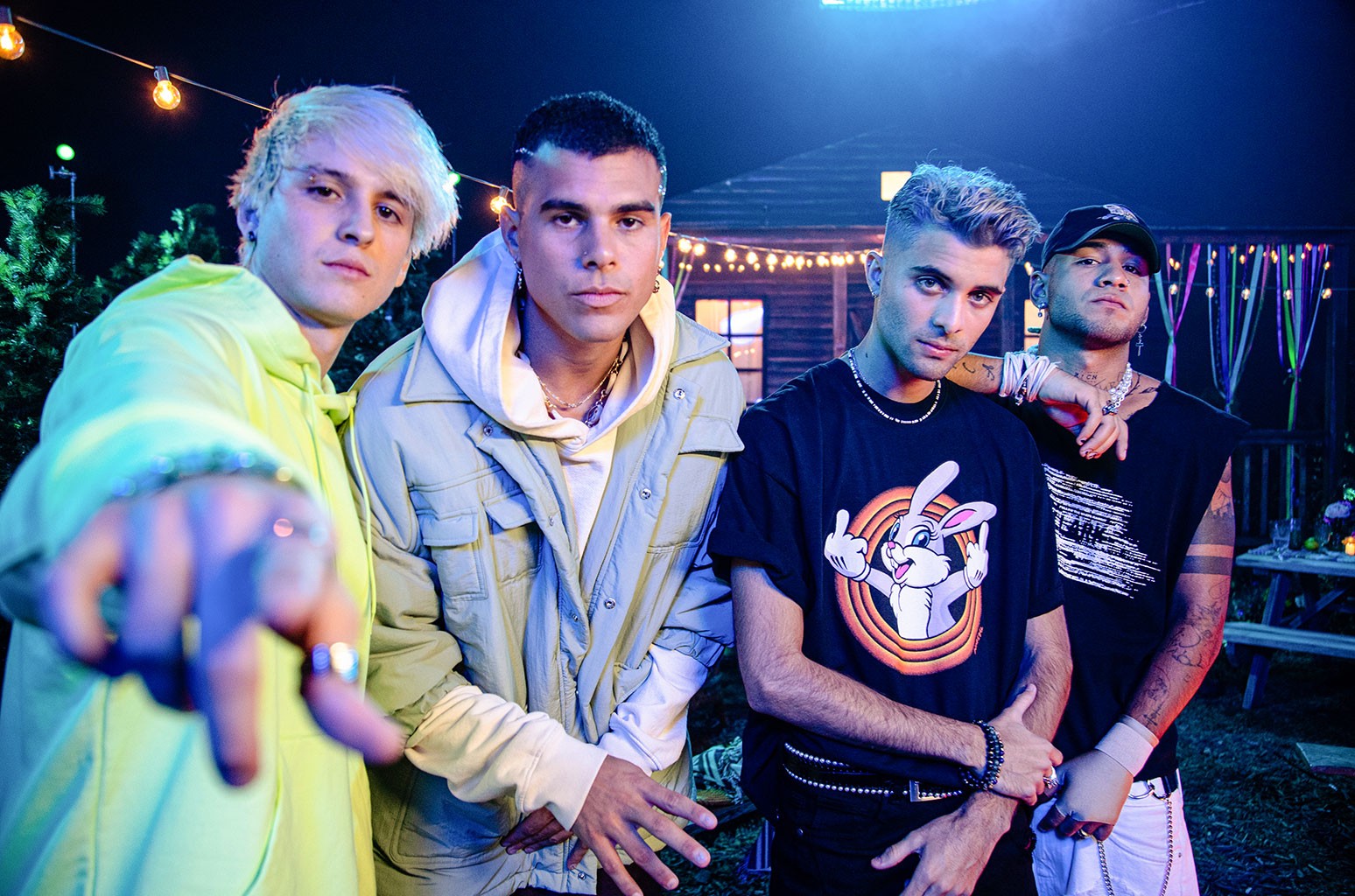 As CNCO fans processed the news that Joel Pimentel was leaving the boy band back in May, the remaining members – Christopher Velez, Erick Brian Colon, Richard Camacho and Zabdiel de Jesus – were already working on new music at Wisin‘s La Base record label in Puerto Rico.

It was their first time in a studio as a newly revamped foursome, and they came together with Wisin and producing duo Los Legendarios to help figure out their new sound. “We took a little trip to Puerto Rico to figure out what we wanted to do, how we wanted to sound and we were actually looking for,” Camacho tells Billboard. “We were testing how us four would sound on a song, and there was such a cool vibe because we were able to experiment with different songs and sounds.”

Born out of their session in Puerto Rico was their upcoming track “To’a La Noche,” powered by a reggaeton drum beat, which will become their first single since Pimentel’s departure, marking CNCO’s new era. It’s set to release Thursday, July 22. “We’ve been working so hard on new music, figuring out this new dynamic since it’s four of us now,” de Jesus explains. “Which has been cool because in a way, there’s more space for us four to grow and for our fans to get to know our personal styles better.”

The track is set to follow CNCO’s chart-topping set Deja Vu, and it’s a preview to the album they’re currently working on. For now, their focus is this new single, and after a little over a year of not touring, getting back on stage and reuniting with their fans at their recently announced U.S. club tour set to kick off Aug. 19 in Austin. (See their U.S. club tour dates here.)

“Our fans have been so supportive throughout this entire process,” says Camacho. “That’s what pushed us to experiment more in the studio and and give them what they’ve always wanted — which is more of us, more of the personal side.”

Colon adds, “We’ve been going crazy not being able to go on tour and see our fans. It’s been so long so we can’t wait to hit the road.”

Ahead of “To’a La Noche’s” release, the band previewed a snippet of the track, which is a “perfect summer jam,” says Velez. “We wanted to bring joy and positivity with this song.”

Listen to the preview below: