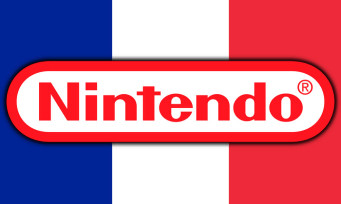 With a few weeks delay, SELL and GfK finally deliver the ranking of the best sales of games in France for week 53, the one which corresponds to sales made between Monday, December 28, 2020 and Sunday, December 3, 2021. And the sweet observation that one can do is that Nintendo dominates the ranking in a clear, crisp and precise way. It is also Mario Kart 8 Deluxe who pays the lion’s share by taking the first place, followed by the game of the first confinement, namely Animal Crossing New Horizons. More surprising, but not that much since it is the last week of purchases of the end of year period, we note the great comeback of Ring Fit Adventures which climbs to third position, just ahead of Just Dance 2021, in its Switch version. You have to wait for fifth place to see a game other than Nintendo, it’s FIFA 21.

On PC, we find the same top trio as in the past weeks, except that Cyberpunk 2077 has left its crown to Microsoft Flight Simulator. Football Manager 2021 does not move and keeps his third place. 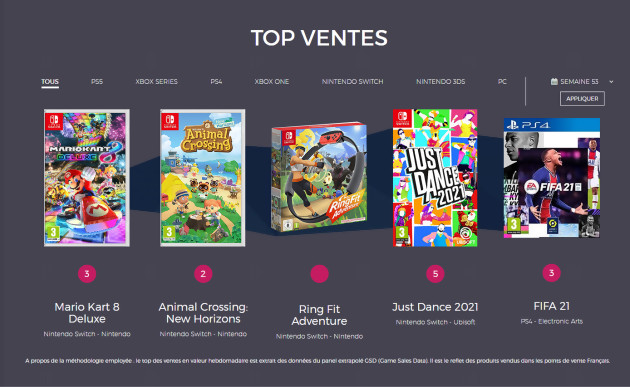 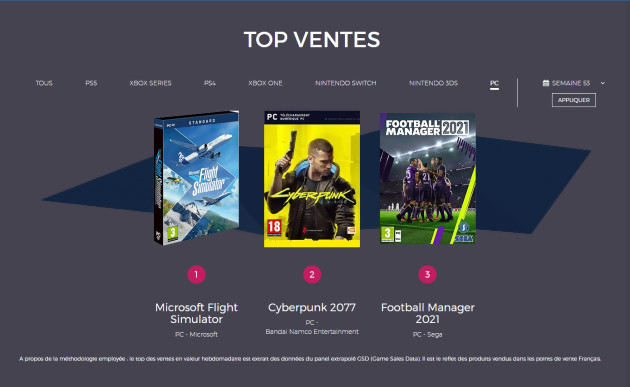