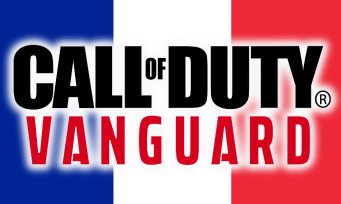 If the France charts usually have the unfortunate tendency to repeat themselves over the weeks, for some time now, we have seen some nice surprises in terms of video game sales. If Mario Party Superstars and Guardians of the Galaxy were the titles that shone last week, for sales recorded between November 1 and 7, Call of Duty Vanguard dictates its law. By grabbing three places in the Top 5, the FPS signed Activision and Sledgehammer Games proves that the license is still a safe bet on the charts. First (PS5), second (PS4) and fifth place (Xbox One), Call of Duty Vanguard is by far the game that the general public has snatched for its first week of operation. Faced with this tidal wave of World War II, Mario Superstars and FIFA 22 held up well by positioning themselves respectively in 3rd and 4th place in the standings.

On PC, while we would have thought that Call of Duty Vanguard would also be there, it is curiously not in the Top 3, since the first place goes to Age of Empires IV which maintains its leadership position, followed up close by FIFA 22 and Flight Simulator. We are very clearly on the same ranking from last week. 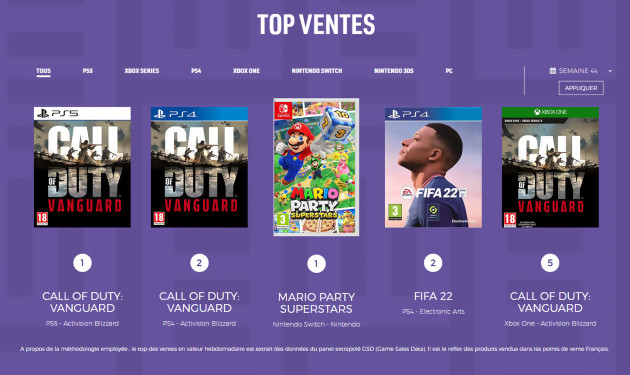 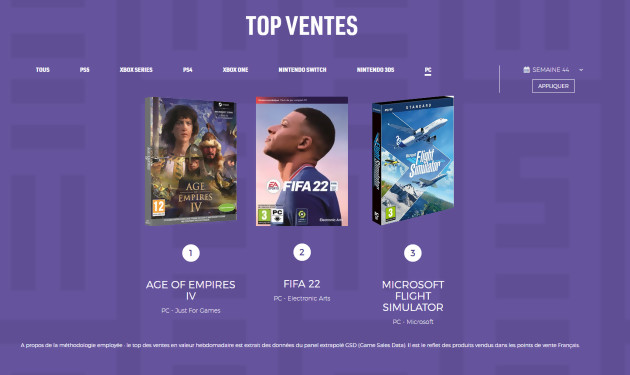