Caught Between Number Ones: The Singles That Broke Artists’ Chart-Topping Hot Streaks 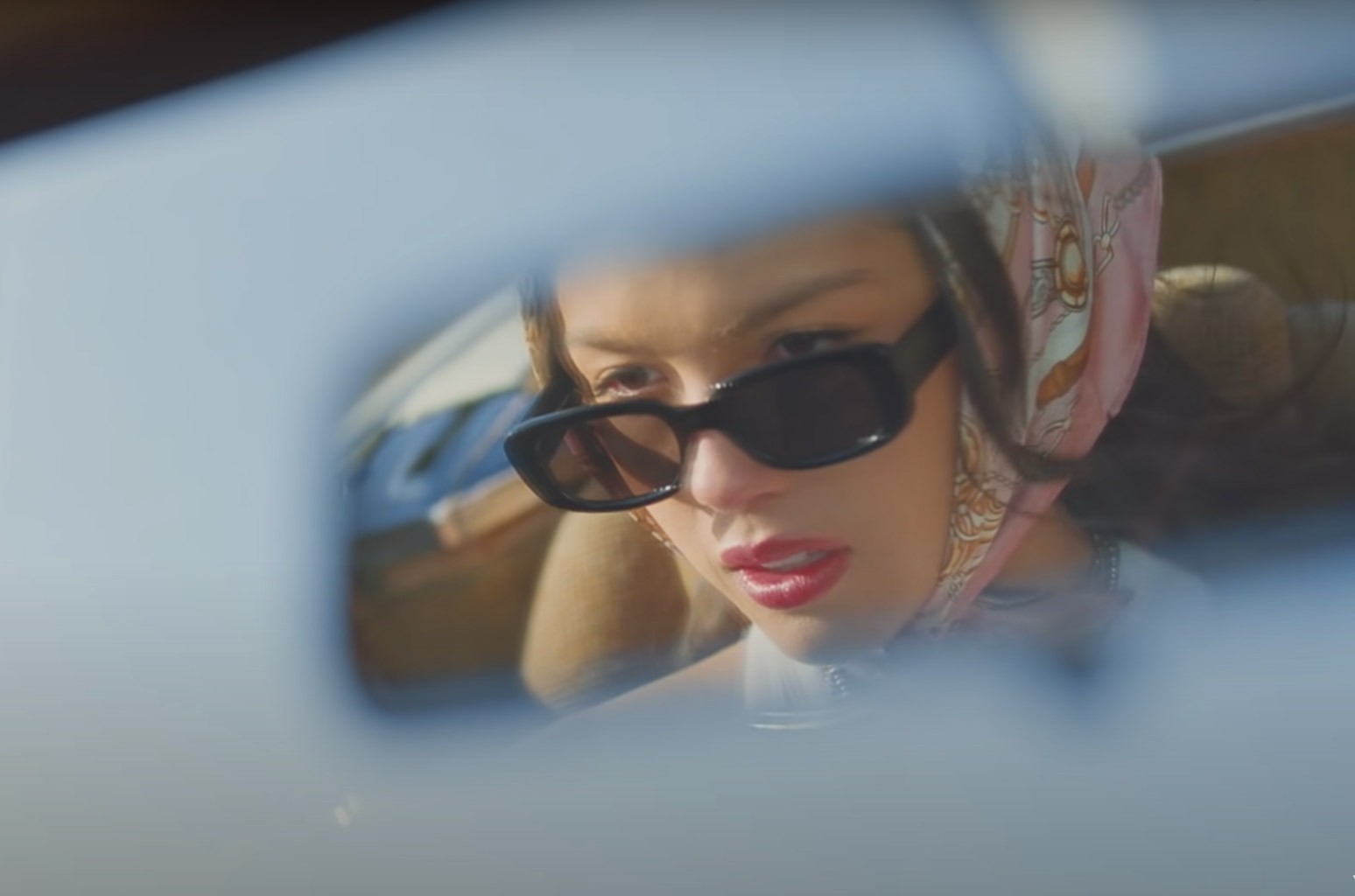 When Olivia Rodrigo’s “Good 4 U” bowed atop the Billboard Hot 100 in May — following the similar massive success of her breakthrough “Drivers License” — the 18-year-old singer made Billboard history, as the first artist whose debut album launched two Hot 100 No. 1 debuts.

But that left Rodrigo’s second single, “Deja Vu,” which had peaked at No. 8 (before shooting to a new peak of No. 3 this week, with the release of Sour) as the awkward middle child of the album campaign. And it’s an excellent song, one that may very well go down as a connoisseur’s favorite rather than a universally remembered blockbuster — like Chic’s “I Want Your Love,” which peaked at No. 7 in between the band’s towering No. 1 hits “Le Freak” and “Good Times.”

Hot streaks are common on the Hot 100. Many artists only reach the summit of the chart once, but those who are fortunate enough to do so twice or more often score consecutive No. 1s. That’s true for superstars like Whitney Houston, who once scored seven No. 1s in a row, as well as artists who only topped the chart twice with back-to-back singles, like Men at Work, Shaggy and even U2.

So how often does an artist release one lower-charting hit in between No. 1s, among a run of three official single releases? It might be more rare than you imagine. It’s happened over 60 times since the 1958 inception of the Hot 100, averaging out to roughly once a year. And you might assume those songs that broke a potential streak of No. 1s were flops that went relatively forgotten, but that’s not always the case: “Hip to Be Square” peaked at No. 3 between Huey Lewis and the News’s chart-toppers “Stuck With You” and “Jacob’s Ladder” — but “Hip” does better on streaming services today than either of those songs, and is considered one of Lewis’s signature tracks, thanks in no small part to its use in the 1999 film American Psycho.

Here’s a look back at some notable streak-breaking official singles that an artist released between two No. 1s, broken into three groups: the classics that are as fondly remembered as the artists’ No. 1s, the misfires that understandably interrupted the respective artists’ runs of dominance, and the curiosities you might have forgotten about altogether.

After spending most of the ‘70s honing their rock/soul sound with a high variance of chart success, Philly duo Hall and Oates became arguably the biggest act in American music in the early ‘80s, landing hit after hit after hit. The fourth and final single from 1980’s Voices, “You Make My Dreams” stalled at No. 5, while the singles before and after, “Kiss on My List” and “Private Eyes,” topped the Hot 100. But in recent decades, “Dreams” has become the duo’s top streaming track, thanks in large part to its ubiquitous presence in TV shows, commercials and nearly a dozen major films.

After “Like a Virgin” gave Madonna her first No. 1, the equally iconic follow-up “Material Girl” settled for No. 2 when it was blocked from the top spot by REO Speedwagon’s “Can’t Fight This Feeling” and Phil Collins’ “One More Night.” But it remains far more famous than Madonna’s next chart-topper, “Crazy For You.” In fact, the song became so synonymous with Madonna that she’s expressed regret for recording it, lamenting in a 1991 Vanity Fair interview, “When I’m ninety, I’ll still be ‘the material girl.’”

After the seductive “That’s the Way Love Goes” topped the Hot 100 for eight weeks, and before Jackson’s Oscar-nominated Poetic Justice ballad “Again” hit No. 1, “If” was the curveball second single from 1993’s Janet, a provocative track with such a hard funky edge that it seemed to bridge the gap between New Jack Swing and industrial music. It peaked at No. 4, which was low by Miss Jackson’s standards at that point, but it’s a testament to how brightly her star shone that such an outlier got so close to No. 1.

After a half-decade when it seemed that Mariah Carey’s long string of No. 1 hits had finally ended, the 2005 comeback album The Emancipation of Mimi returned the elusive chanteuse to the top of the Hot 100 with the ballads “We Belong Together” and “Don’t Forget About Us.” In between, the feistier “Shake It Off” added to the album’s roster of hits, but was blocked from the top spot by Kanye West’s “Gold Digger,” featuring Jamie Foxx. Just last month, Baltimore rapper YTK playfully sampled “Shake It Off” for his viral hit “Let It Off,” earning a humorous reply from Mariah herself.

Taylor Swift’s 2014 album 1989 represented the peak of her Hot 100 dominance thus far, with three No. 1s. “Style” may have had the lowest chart peak of the album’s first five singles, topping out at No. 6, but the syncopated synth-pop gem was a musical highlight of the album — one that also got the gossip blogs humming, with apparent references to Swift’s brief romance with One Direction star Harry Styles peppered throughout the lyrics and music video.

I’m Breathless: Music from and Inspired by the Film Dick Tracy gave the pop icon one of the biggest hits of her career, in part because “Vogue” lightly wove the 1930s period piece theme of Warren Beatty’s movie into a state-of-the-art pop smash that drew on house music and New York ballroom culture. The rest of the album, however, stuck closer to the theme, with the campy swing jazz follow-up single peaking at No. 10 — before the significantly more modern “Justify My Love” took Madonna back to the penthouse of the chart.

Each of the Australian pop duo Savage Garden’s two albums contained one massive hit ballad (“Truly Madly Deeply” and “I Knew I Loved You”) that topped the Hot 100. But in between albums, they peaked at No. 19 with “The Animal Song,” an uncharacteristically uptempo lead single from the box office bomb The Other Sister, which has a 29% rating on Rotten Tomatoes. (They also remixed and re-issued the pre-“Truly Madly Deeply” single “To the Moon and Back,” hitting a new peak of No. 24.)

Nobody bounced up and down the Hot 100 quite like Destiny’s Child: 1999’s The Writing’s on the Wall and 2001’s Survivor spun off eight hits between them, with four No. 1s that were each followed by a lower charting single. “Bug a Boo” was a sassy song about a man’s unwelcome advances that felt like an attempt to recapture the success of co-writers Kandi Burruss and Kevin “She’kspere” Briggs’s work on TLC’s “No Scrubs.” But it ultimately stalled at No. 33 in between the chart-topping smashes“Bills, Bills, Bills” and “Say My Name.”

After nine consecutive official singles that charted in the top three of the Hot 100, including a record -tying five from her Teenage Dream album alone, “Unconditionally” missed the top 10 entirely — peaking at No. 14, and giving the first indication that Katy Perry’s historic run of chart success was beginning to falter. Fortunately, “Dark Horse” was waiting in the wings to quickly restore Prism’s commercial momentum and add one more No. 1 to Perry’s catalog.

In late May 2018, the long simmering feud between Drake and Pusha T boiled over with a trio of diss tracks, Pusha’s “Infrared” and “Story of Adidon” and Drake’s “Duppy Freestyle.” In the midst of all this, Drake was rolling out advance singles from his Scorpion album, and “I’m Upset” drew largely negative reviews while being largely overshadowed by the beef records. “I’m Upset” ultimately peaked at No. 7, with an entertaining music video that reunited Drake with his Degrassi: The Next Generation co-stars, but its middling reception became a minor speed bump between Scorpion’s chart-topping hits “Nice For What” and “In My Feelings.”

A few months after Billboard began publishing the Hot 100 in 1958, the first artist to miss No. 1 in between two chart-toppers was The Fleetwoods, an Olympia, Washington-based vocal trio who’d started out under the name Two Girls and a Guy. The Fleetwoods hit No. 1 with their debut single “Come Softly to Me,” and reached the summit again later that year with “Mr. Blue.” But in between, “Graduation’s Here,” released in the spring to capitalize on graduation season, stalled at No. 39.

The Beatles scored 20 No. 1 hits in less than seven years, but there were quite a few top 10 hits sandwiched in between those chart-toppers, including classics like “Do You Want to Know a Secret?” and “Nowhere Man.” The most divisive of those streak-breakers was “The Ballad of John and Yoko,” John Lennon’s autobiographical non-album single, knocked out with Paul McCartney on drums one day when George Harrison and Ringo Starr weren’t available to record. Some U.S. radio stations banned the song due to Lennon’s irreverent use of the words “Christ” and “crucify” in the chorus, but it still got to No. 8 in between the chart-toppers “Get Back” and the double-sided smash “Come Together”/“Something.”

Weeks after Miami disco stars KC and the Sunshine Band reached No. 1 for the first time with 1975’s “Get Down Tonight,” they made the fairly uncommercial decision to release an instrumental album, The Sound of Sunshine. That album’s sole single, “Shotgun Shuffle,” scraped the low end of the Hot 100 at No. 88, but “That’s The Way (I Like It)” would return the band to the top spot later that year.

One of the stranger concept albums of the ‘70s was Wet, Barbra Streisand’s 1979 LP in which every song referred to liquid and moisture, from “Niagara” to a cover of Bobby Darin’s “Splish Splash.” Streisand’s disco duet with Donna Summer, “No More Tears (Enough Is Enough),” gave the album a No. 1 hit, but her only solo single from Wet, the soppy ballad “Kiss Me in the Rain,” only got to No. 37. A year later, the Barry and Robin Gibb-penned “Woman in Love” returned Streisand to No. 1.

When Nelly Furtado released the first two singles from her Timbaland-produced third album Loose in spring 2006, both songs were major hits just about everywhere in the world except America, where “Promiscuous” got all the attention. Though it topped the Official U.K. Singles Chart and was a top 10 hit throughout Europe and Australia, “Maneater” stalled at No. 16 in America — but Furtado still had enough momentum to send the album’s third single “Say It Right” to No. 1.