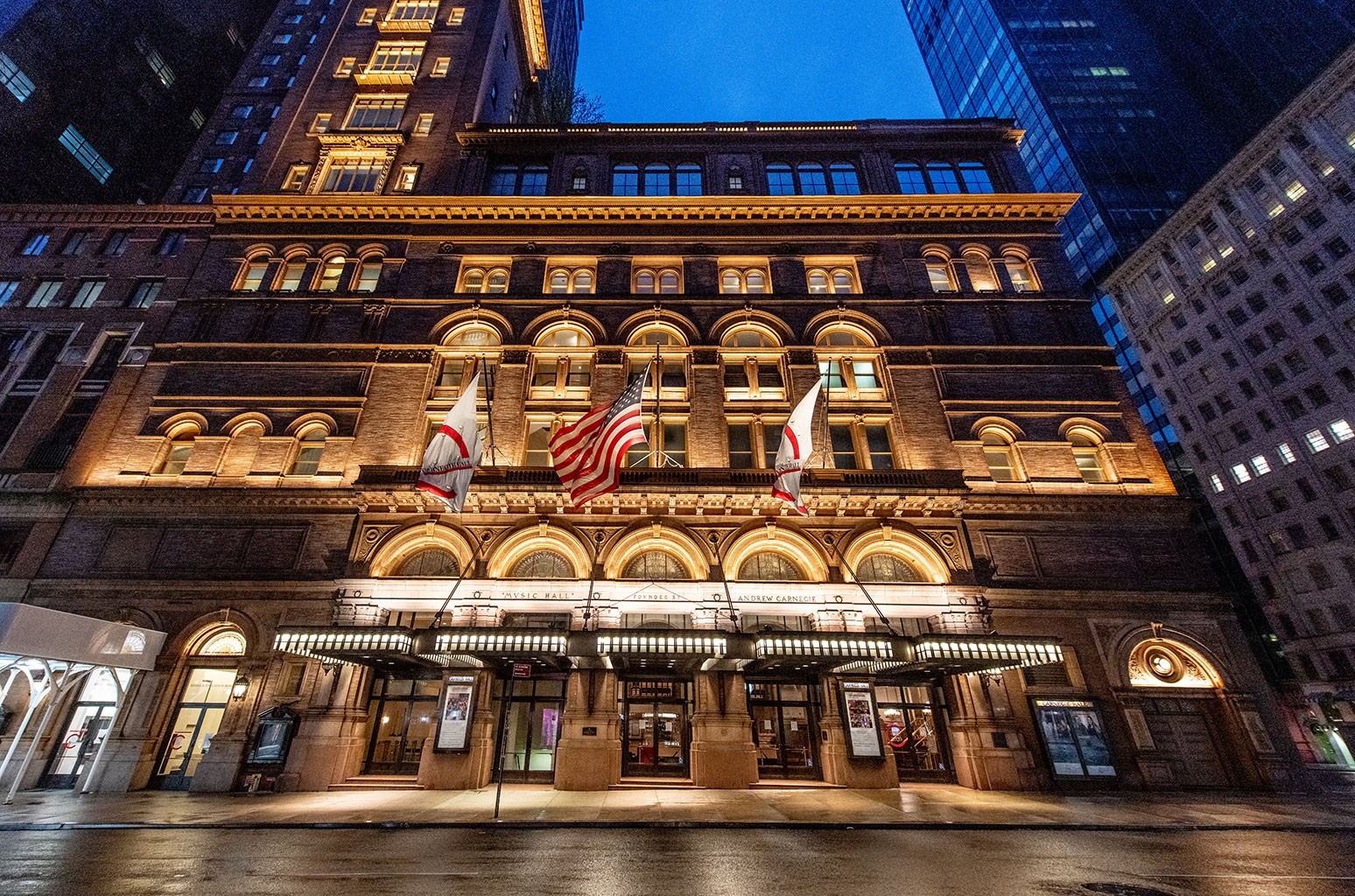 Carnegie Hall will resume performances in October following a 19-month closure caused by the coronavirus pandemic, but with a limited schedule of recitals and small ensembles until large orchestras return in January.

The Hall initially intended to open the season with a virtual gala, but Carnegie executive and artistic director Clive Gillinson said planning is underway for a live opening concert following New York Gov. Andrew Cuomo’s announcement on May 5 that Broadway theaters could reopen in September at full capacity. “The governor’s announcement about Broadway changed everybody’s thinking overnight,” Gillinson said.

“I think nobody until that announcement was thinking you could be looking at the fall in terms of full houses potential from the very start.” Gillinson said the Hall had cut its schedule of 150 initially planned concerts to about 90 but now was considering the addition of up to 10 programs in the autumn, including five with orchestras. The Hall had moved major events from fall 2021 to spring 2022.

“The environment has been one in which there’s been no stability whatsoever. So one keeps rethinking things based on whatever the doctors are saying, the medical experts are saying, the governor is saying,” Gillinson said. “You keep revising and redoing and try to keep your business so that you’re not actually going to do your business even more damage.”

The current schedule opens Oct. 9 with a recital by tenor Jonas Kaufmann with pianist Helmut Deutsch, and the first full-sized orchestra concert has the New York Philharmonic led by conductor Susanna Malkki with saxophonist Branford Marsalis on Jan. 6. International orchestras return with the Vasily Petrenko conducting the Royal Philharmonic Orchestra on Jan. 31, and the Vienna Philharmonic resumes U.S. touring with three programs under conductor Valery Gergiev from Feb. 25-27.

The Hall will have a “Afrofuturism” festival in February and March 2022 that envisions to imagine the future through a Black cultural lens involving music, visual art, literature and politics. Carnegie’s “Perspectives” series will be curated by composer/bandleader Jon Batiste and violinist Leonidas Kavakos and its composer’s chair will be held by Julia Wolfe, whose “Anthracite Fields” won the 2015 Pulitzer Prize for Music.

Carnegie has been closed since March 13, 2020. Gillinson said the pandemic had caused a $7.1 million loss in the fiscal year ending last June 30 and the Hall will lose slightly less in the year ending this June 30. The pandemic has led to the Hall slightly reducing its 2023-24 schedule. “We think its’s going to be a little while before life genuinely gets back to normal. Also, there’s an issue or a question: What will normal be?” he said. “Are orchestras going to travel less because of the carbon footprint? These are all going to be things on the agenda that people are talking about.”

Carnegie also is unsure of the impact of the pandemic on its rental business. The Hall usually has 500 rentals among its 700 dates annually, for events such as graduations and corporate events. Carnegie will introduce a new logo with a custom-designed font inspired by the stained-glass lettering atop the poster cases outside the Hall. The logo, by Champions Design, replaces one in place since the 1980s with a Goudy Old Style font.