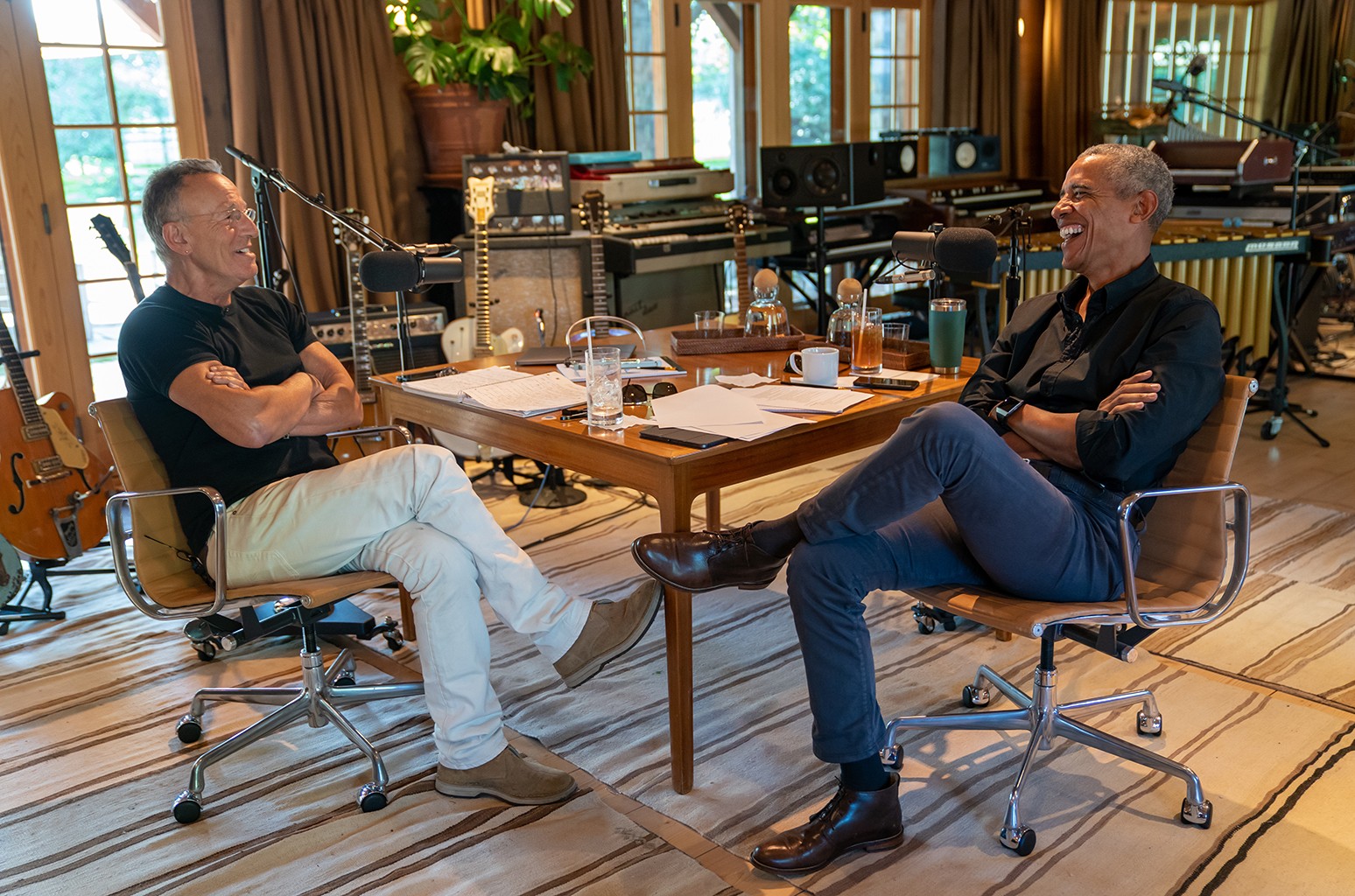 The Boss and the former POTUS are turning a page, together.

After joining forces on the Spotify podcast Renegades: Born in The U.S.A., Bruce Springsteen and Barack Obama come together again to tell tales on the Renegades literary counterpart.

Spanning 320 pages, the tome captures those conversations between the rock legend and the 44th U.S president, and features more than 350 color photos, illustrations, and never-before-seen archival content, according to a statement.

On Renegades: Born In the U.S.A., an eight-episode podcast, Obama and Springsteen reunited for intimate chats on race, fatherhood, marriage and the state of America.

“There were serious conversations about the fate of the country, the fortune of its citizens, and the destructive, ugly, corrupt forces at play that would like to take it all down,” writes Springsteen in his introduction for the forthcoming book. “This is a time of vigilance when who we are is being seriously tested. Hard conversations about who we are and who we want to become can perhaps serve as a small guiding map for some of our fellow citizens,” he continues. “This is a time for serious consideration of who we want to be and what kind of country we will leave our children.”

Obama and Springsteen first met back in 2008, and went on to form a deep friendship. When Obama held his farewell function at the White House in 2016, Springsteen was on hand to perform a secret acoustic set for staffers.

“The conversations Bruce and I had in 2020 feel as urgent today as they did back then,” writes Obama. “They represent our ongoing effort to figure out how it is that we got here, and how we can tell a more unifying story that starts to close the gap between America’s ideals and its reality.”

Renegades: Born in The U.S.A. will arrive Oct. 26 via Penguin Random House in partnership with Higher Ground, the production company established by Barack and Michelle Obama.

Watch the book trailer below.