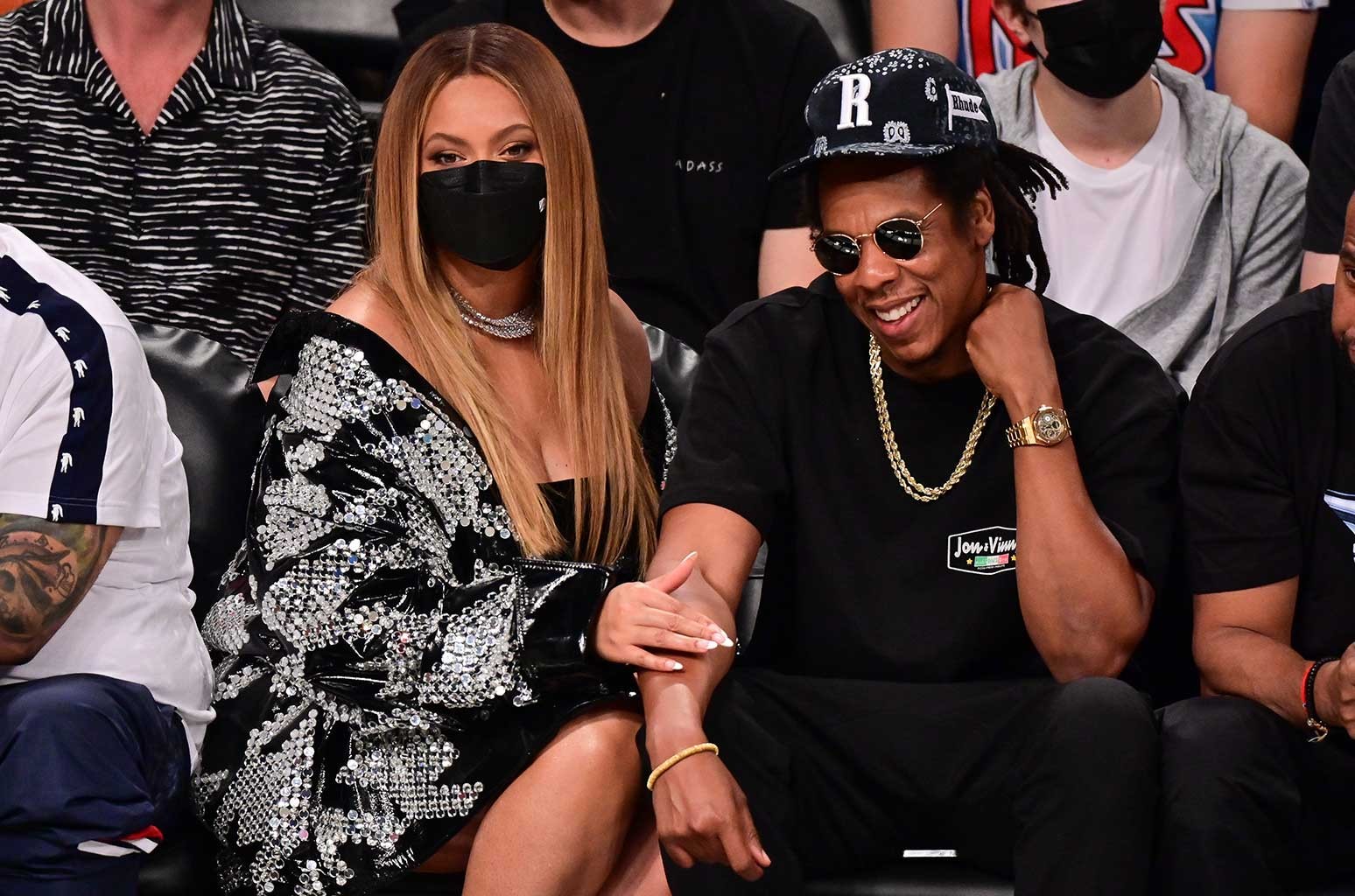 Beyoncé and Jay-Z were spotted cozying up courtside at a Brooklyn Nets game on Saturday (June 5) held at Barclays Center in New York City.

In the typical Beyoncé Insta aesthetic, the superstar previewed her sparkly look in a series of three posts. Styled with sleek, straight hair, the “Formation” singer stunned in a black leather minidress and an oversized, sequined David Koma jacket for date night. Queen B accessorized the ensemble with a diamond-encrusted choker, matching sunglasses, and Christian Louboutin pumps.

Meanwhile, the ROC Nation founder kept it casual with a black-on-black look finished off with a gold chain, round sunnies, and a hat.

The powerhouse couple — who are parents to 9-year-old Blue Ivy and 3-year-old twins Rumi and Sir — were seen arm in arm throughout the game against the Milwaukee Bucks at the Barclays Center in Brooklyn. The “Drunk In Love” duo doled out the PDA with affectionate hand holding and cuddling as they enjoyed their night out. At one point, Mrs. Carter was seen resting her chin on her hubby’s shoulder while the rapper was sometimes resting his hand on her legs.

Beyoncé’s latest outing follows hints of possible new music. In an audio post shared by Michelle Williams, the former Destiny’s Child members were heard checking in on each other. During the catchup, the trio were calling in from their kitchens, with Bey playfully teasing at new tunes. “I’m cooking some music,” she said on the call. “That’s Chef Boyardee and Chef Boy-Kelly.”