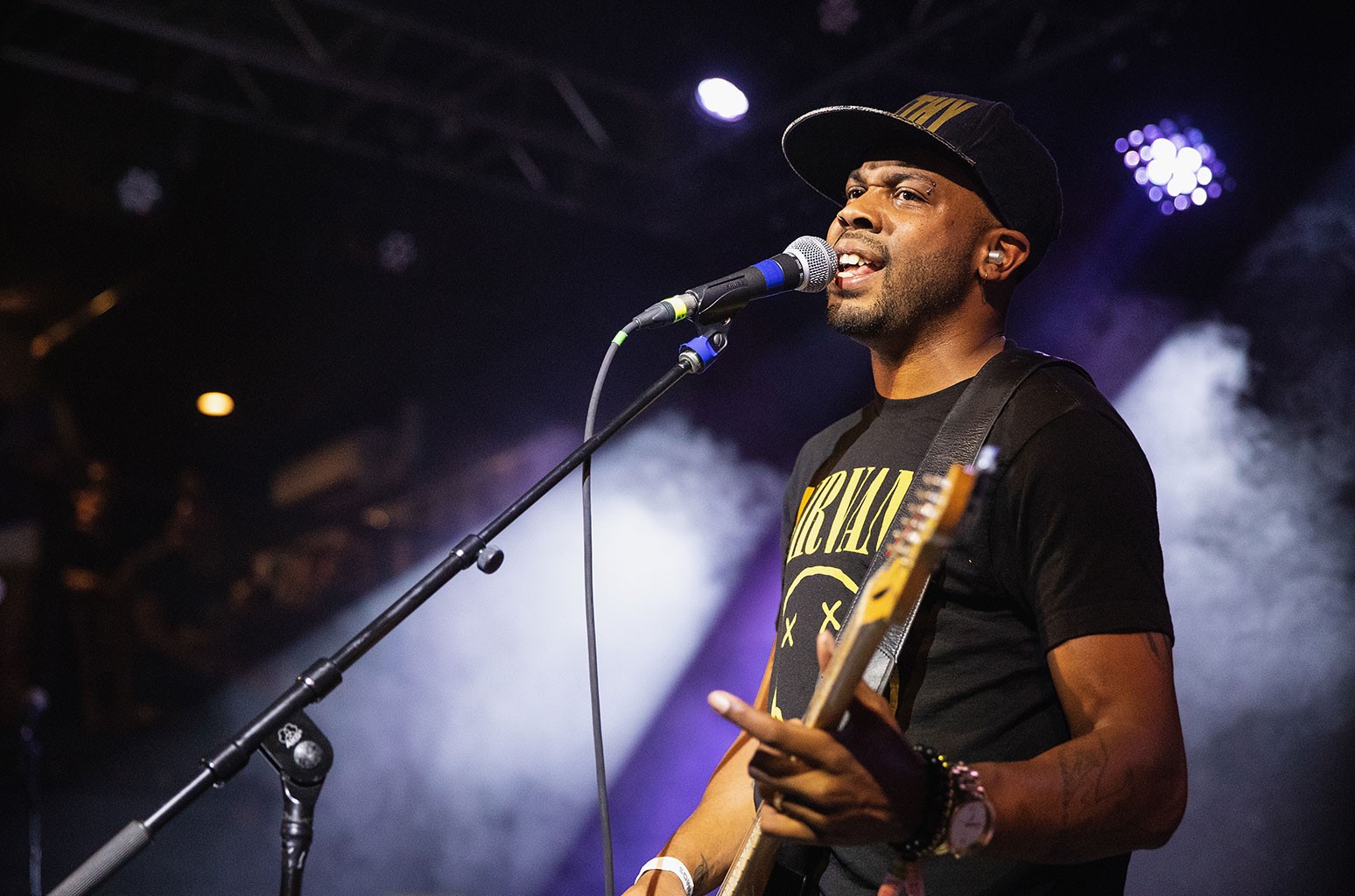 Ayron Jones reaches No. 1 on Billboard‘s Mainstream Rock Airplay for the first time, as “Mercy” leaps 4-1 on the tally dated June 5.

Jones’ coronation follows the No. 5 peak of his debut single “Take Me Away” in December.

The Seattle-born singer and guitarist is the first soloist to rule Mainstream Rock Airplay as a lead artist since Corey Taylor with “Black Eyes Blue” for two weeks in October-November 2020.

Concurrently, “Mercy” rises 16-15 on the all-rock-format, audience-based Rock & Alternative Airplay chart with 2.6 million audience impressions, up 6%, according to MRC Data.

Meanwhile, Five Finger Death Punch breaks into the Mainstream Rock Airplay top 10 with “Darkness Settles In,” which shoots 15-10 in its fourth week on the survey. “Darkness” becomes FFDP’s 26th top 10, tying the band with Godsmack and Van Halen for the fourth-most in the history of the chart, which began in 1981. (Check out Billboard‘s new Greatest of All Time recap of the survey’s first 40 years, along with the rankings of the top artists and top songs historically.)

Since Five Finger Death Punch first appeared on Mainstream Rock Airplay in August 2007, 26 of its 28 total entries have hit the top 10. The band is currently riding a top 10 streak that dates to 2013, with “Darkness” marking its 17th straight such hit. Its prior six entries all reached No. 1, through “Living the Dream” in February.

“Darkness” is the fourth single from F8, the group’s eighth studio album, with the first three songs each having hit No. 1 on Mainstream Rock Airplay (“Living the Dream,” “A Little Bit Off” and “Inside Out”).

F8 debuted atop Hard Rock Albums in March 2020 and has earned 314,000 equivalent album units to date.