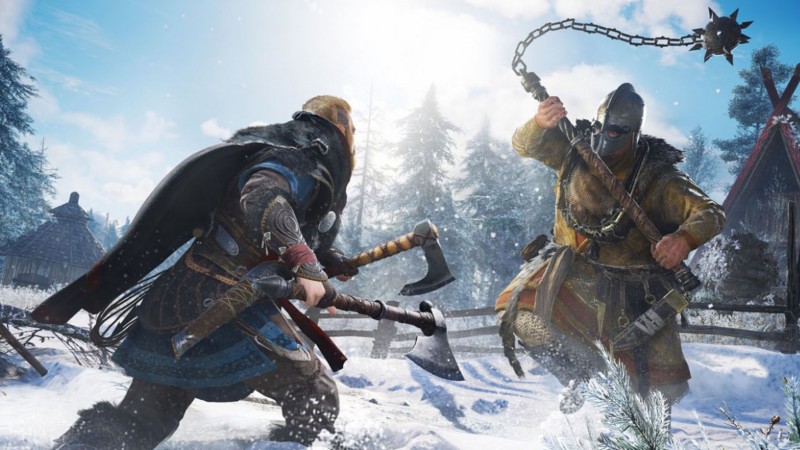 The writer behind some of the stories and dialogue featured in Assassin’s Creed games like Revelations, Black Flag, and even last year’s Valhalla, Darby McDevitt, has returned to Ubisoft.

This news comes by way of Video Games Chronicle, which reports that McDevitt is back at the company just seven months after leaving it. In that time, he began working for developer Illogika Games. When he left Ubisoft back in March, McDevitt said he wanted to take on “a new adventure” and it seems he either finished up that adventure or decided he preferred ones where hidden blades are involved.

“Yes, I have returned to Ubisoft,” McDevitt told VGC. “As I pondered my career over the past year, I focused on my desire to explore new ideas and unknown frontiers. Much to my delight, this is reflected in my return to Ubisoft to work on [Assassin’s Creed]. I’m excited to continue my journey. Stay tuned.”

McDevitt’s return to Ubisoft is likely a big relief for the company because as VGC notes, McDevitt’s departure meant the Assassin’s Creed series had lost one of its main loremasters, especially in light of Corey May leaving Ubisoft back in 2015.

McDevitt helped write the narratives of Assassin’s Creed games, the smaller stories found within each, and the dialogue as well. Some of the games in the series for which he has credits include Revelations, Black Flag, Unity, Origins, and last year’s Valhalla, which is already Ubisoft’s second best-selling game, having only been out for a year.

The next Assassin’s Creed game will reportedly be called Infinity and will be a live-service game meant to act as more of a platform for multiple smaller-scale assassin stories, rather than a traditional release for the series. Perhaps McDevitt will be helping write Infinity’s overarching story or maybe he’ll be writing some of the smaller-scale stories released on the live-service platform.

Are you excited about Assassin’s Creed Infinity? Let us know in the comments below!