Art of Rally: the game announced for the Xbox consoles, a first trailer for the “Kenya” DLC 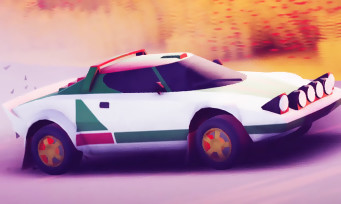 Considered by our friend Damien as one of the games of the year 2020, Art of Rally will be released next summer on Xbox One, Xbox Series S and Xbox Series X. This is indeed what Funselektor Labs indicated during Microsoft’s showcase dedicated to independent productions, specifying that the game would be included in the Xbox Game Pass. That’s not all, since the studio (to which we also owe Absolute Drift) took the opportunity to indicate that its racing game would host the “Kenya” DLC during the same summer period, which will allow fans to benefit three new cars, six additional tracks, and a new open area.

As a reminder, we remind you that Art of Rally has already been available on PC (Steam, Epic Games Store, GOG) since September 23, and that our test is at this address.