Arkanoid Eternal Battle: it’s the 1st game of the collaboration between Taito and Microids, 1st video 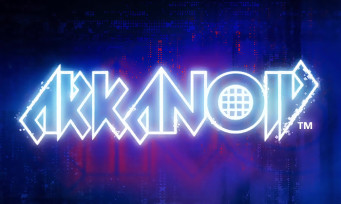 Arkanoid: Eternal Battle, such is the name of the first game resulting from the collaboration between the Japanese Taito and the French Microids, announced last September. Like most of its productions, Microids called on a French studio to relaunch the Arkanoid license on PC and consoles. Known for having worked on Rayman Legends, Pang Adventures or even Pix the Cat, the studio will have the difficult task of offering a new vision of the famous breaker of which we only have one teaser that does not reveal elsewhere absolutely nothing except a logo and a year of release: 2022. The press release specifies on the other hand that this Arkanoid: Eternal Battle will feature different multiplayer and single player modes as well, which will be revealed later. We imagine that the success of Tetris Effect gave ideas to Microids and Pastagames which add that the game will benefit from new effects, bonuses and features! Answer soon therefore.