Alan Wake 2: the game would be well in development at Remedy 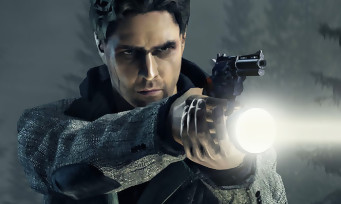 Would things finally start to materialize for Alan Wake 2? Eleven years after its release, the long-awaited sequel to Remedy Entertainment’s survival horror could be topical, according to Jeff Grubb, a renowned journalist working at VentureBeat and having forged a real reputation for himself thanks to its proven leaks (especially on the PS5). Since his Twitch channel, the American said that Alan Wake 2 is well and truly in development at the Finnish studio right now, with a shock partner.

Heard Remedy is making Alan Wake 2 with Epic Games. And it should be the sequel that all fans are hoping for.

A hallway noise to be taken with a grain of salt – it’s the golden rule, you know it well – but which nevertheless remains credible: now independent, Remedy has admitted working on two titles and his love for Alan Wake remains intact. The best proof lies in “AWE”, the extension of Control which precisely ties the latter’s universe with Alan Wake, settling, in a way, already as a sequel … to keep your fingers crossed and hope for an announcement soon, if possible in 2021.