Ace Combat 7 celebrates its 2 years with bonuses and a dedicated trailer, we also have the sales figures 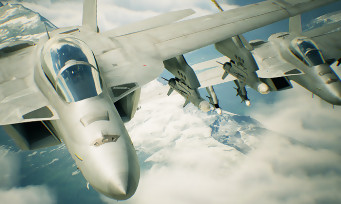 It’s been 2 years since Ace Combat 7: Skies Unknown released on PC, PS4 and Xbox One and Bandai Namco Entertainment has decided to release sales figures. And contrary to what one might think, the game sold particularly well, with 2.5 million copies sold, making it one of the most popular episodes of the series. To celebrate this with kindness, the developers have concocted an anniversary video to announce the bonuses that will be added through an update. Without further ado, here is the list of what will be added to the content already present.