20 Questions with Brett Young: On His Expanding Family and How He Celebrates Each No. 1 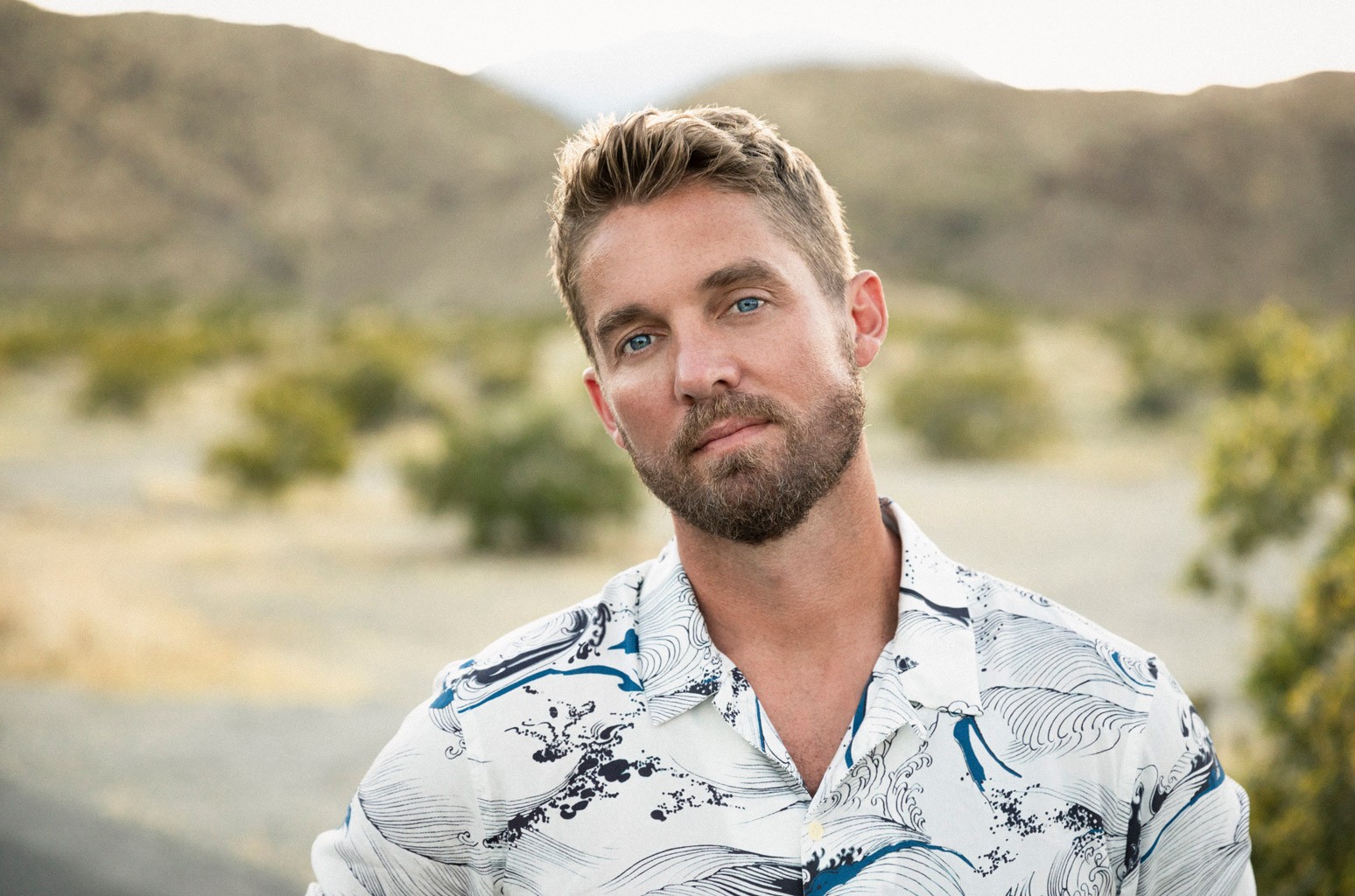 Brett Young has quietly become a powerhouse in country music, landing his last six songs atop the Billboard Country Airplay chart. And with his new album, Weekends Look A Little Different These Days, out Friday (June 4), he reveals another facet of himself.

On the Big Machine Label Group album, which has already produced the chart-topper “Lady” and follows his previous major label efforts — his 2017 self-titled debut and 2018’s Ticket To L.A. — Young writes through the lens of a family man and person he has become. He and his wife, Taylor, became parents to a daughter, Presley, in 2019, and are now expecting their second daughter this summer.

Young, ASCAP’s 2018 Country Songwriter-Artist of the Year, talked to Billboard about creating the new album, where the California native is in his career, and Presley’s reaction to her daddy’s music.

1. Darius Rucker once said that with three albums you’ve got a career. How do you feel your third full studio album for Big Machine signifies a new chapter in your career and your live show?

This album is my attempt at full disclosure and honesty in a completely new chapter of my life. We didn’t really get to perform The Chapters tour; the world shut down after a couple of runs. I’m about to start another chapter with my new daughter. Everything is reflective of that. We’ve all been through some major changes. I’m ready to go out again and get back to it.

2. You co-wrote all eight tracks on the album, after cutting a few tracks by outside writers on Ticket To L.A. and penning 11 of the 12 tracks on Brett Young. How important was it to you that you participate in the writing of every song on this album?

I want to write every song. I love writing. But if something out there beats what I’m writing and I love it, I’m in. I always listen to outside cuts especially if someone on my team is really excited about it. Best song wins.

3. Do you go into albums with a theme in mind, or does it present itself as you write?

I write what I know and what’s going on in my life. That’s always what I want to share with my fans: ”This is what’s going on.” I think themes evolve the more you’re writing towards a project, sometimes not on purpose. This became a pretty clear picture of where I’m at in life and as a songwriter.

4. The first single and the first No. 1 from the album, “Lady,” is such a sweet song to Presley. She’s now 18 months old. How does she react when you play the song?

It’s really wild how Presley reacts to my songs and voice in general. Taylor wore Baby Bud headphones while she was pregnant and played my music a ton. Presley responded to it immediately when she was born and still does. She loves all music and will dance to anything, but it’s really sweet that a song of mine will get her to stop crying. And of course, she loves seeing herself in the “Lady” music video.

5. How did becoming a father spur your creativity?

You see things differently. I hear songs and music from different places that are new. I could write lullabies for days now.

6. What do you want fans to learn about you from listening to Weekends Look A Little Different These Days that they might not know?

That I’m a normal person in a lot of ways outside of a different career than most. I’m a dad, husband, songwriter, singer… all those things. I love my family and I’m happy. I wanted to share that feeling with everyone who listens to this music.

7. You’ve worked with producer Dann Huff on several albums now. How has your relationship changed and what kind of shorthand have you two developed?

Dann is special. He’s just a good person outside of being such a talented man. I trust Dann. If he tells you something he means it and it’s from his heart. That’s the shorthand — he knows what I want to hear, and how to make that happen.

8. You’re from California — as are a number of country artists, including Jon Pardi and Cam, and your sound has been dubbed “Caliville.” How does being from California continue to influence your sound after all these years in Nashville?

I think it’s everything. You are where you come from in a lot of ways. California is home; it’s my happy place. I spent summers at the beach. I grew up hearing so many different kinds of music, but nothing hit me like [Tim McGraw’s] “Don’t Take the Girl.” That’s when I fell in love with country music.

It’s called Caliville for a reason…it’s all my favorite California things. We tried really hard to do it on Catalina Island, but it was extremely complicated. Palm Springs was brought up and that was an easy fix. Taylor and her family vacation there, we got married there, it’s not too far from where I’m from in Orange County. It checked all the boxes. [Event producer] Pollen brought the idea to us and we thought, “Why not?”

10. You’re scored six consecutive No. 1s on Billboard’s Country Airplay chart. Do you have a way to commemorate each No. 1 now? Which one means the most?

Ha, yes. I’ve had rings made from Jostens for each writer. Similar to championship rings — although nothing that crazy. The songs are all like your kids — you can’t pick a favorite and you’re thankful for all of them.

11. You turned 40 earlier this year, and were in your mid-30s when success really hit. How is it different for you than if you’d started having No. 1s in your early 20s?

It’s just growing up. Figuring out life. I think we’re all a little wild and not prepared for most things in life in your 20s. I think I make better decisions now than when I was 25. I’m leaning into it and love being 40.

12. What was the first concert you saw?

13. Who made you realize you could be an artist full-time?

Gavin DeGraw. He helped me learn so much about music and how to be an artist.

14. What is something you learned from playing baseball, including on the college level, that you use every day in your music career?

That you have to work. You have to show up, work and be competitive. Practice writing, practice playing. I also like to remind myself if you fail hitting a baseball 70% of the time, you can still make it into the Hall of Fame!

15. You had to postpone your arena tour because of the pandemic. What are you most looking forward to about getting back on the road?

The energy of the crowd, the fans. We played a show about a week ago at Texas Christian University. It was in their football stadium outside and although they only let in 8,000 people, all spaced out, you could feel the happiness of that shared excitement of going to a show.

16. What TV series have you binged during the pandemic?

Taylor and I loved Bridgerton.

Doing Zoom interviews quietly enough to not wake my daughter up!

18. Country music industry is undergoing a movement to become more inclusive. What can you, as an artist, do to increase inclusion in country music?

Be welcoming to people. Listen. We all need to be better to each other.

19. What’s one thing that even your most devoted fans don’t know about you?

I was obsessed with Dawson’s Creek growing up!

20. What’s one piece of advice you would give to your younger self?

Be patient and let everything take its course. I write about that in “Dear Me,” it’s sort of my letter to myself in my 20s.