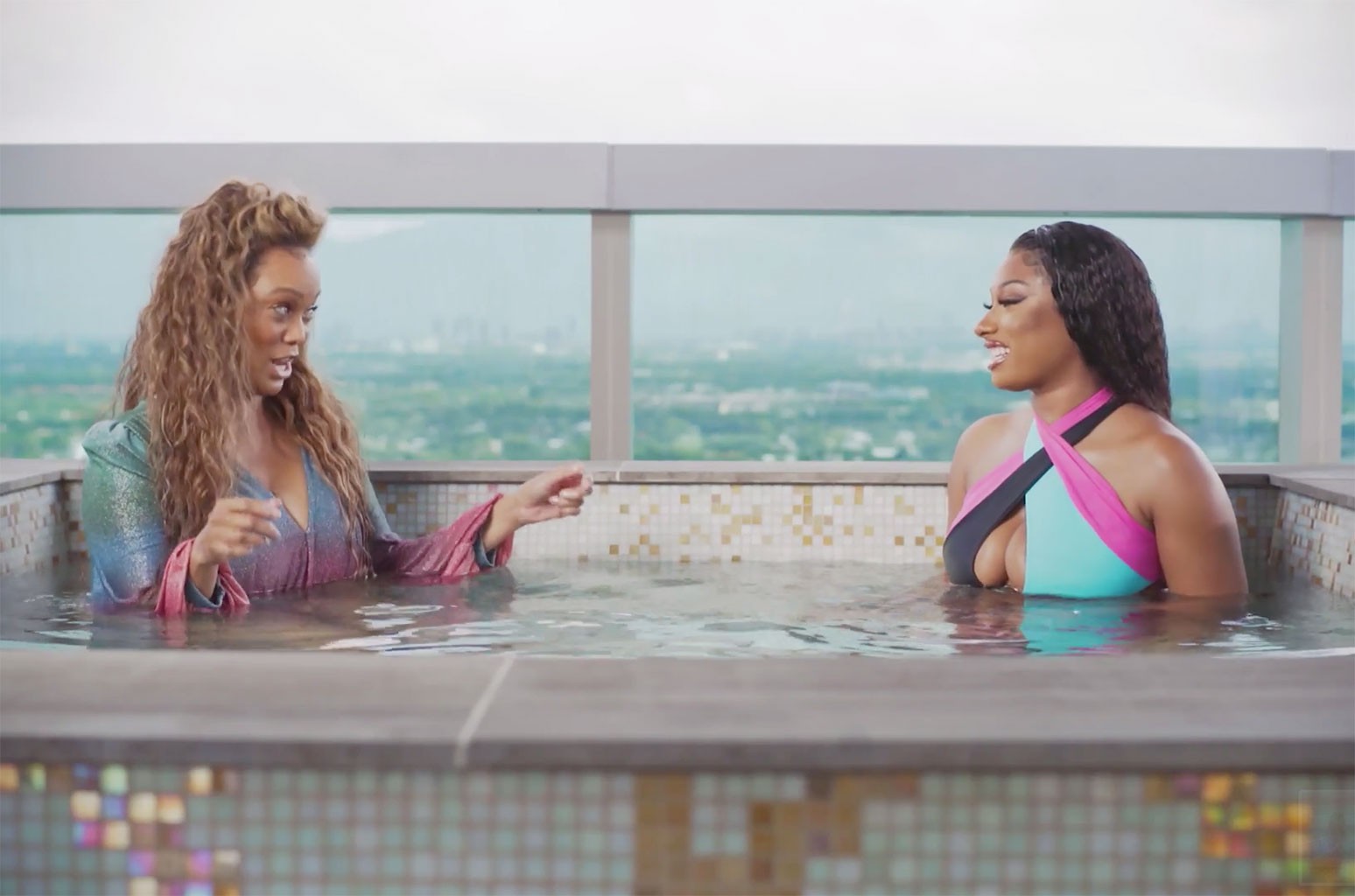 Megan Thee Stallion knew when she was 7 that she loved rapping, but she didn’t tell her mother, who was also a rapper — she waited until she was an adult to share her aspirations.

Megan, who became the first rapper to grace the cover of Sports Illustrated Swimsuit this year, talked with supermodel Tyra Banks, who was the first Black woman to land the solo cover in 1997, in a hot tub interview about the impact of their visibility and being “the first.” But the 26-year-old artist didn’t know at first what she wanted to do when she grew up until she found inspiration from watching rap music videos.

She definitely got it from her mama, Holly Thomas, who was a rapper who went by the name “Holly-Wood.” She died in March 2019 after being diagnosed with a brain tumor. But while a young Meg traded daycare sessions for her mother’s recording studio sessions, she realized exactly how she wanted to entertain others, but still didn’t want to let her mom find out until she was 18.

“I wanted to be perfect to her,” she told Banks. “I was practicing since I was, like, 7. And then when I got in high school, I was like, ‘No, I’m not gonna tell her yet.’ But she would have these CDs laying around the house — like, instrumentals — and I would take ’em in my room, and I would take the beats and write to ’em in my room. And she would say, ‘Megan, have you seen my CDs?’ And I was like, ‘No. What are you talking about?'”

When Meg finally got to college, that’s when she knew it was time to not keep her talent as a secret anymore. Solo trips to the studio at age 19 showed her determination to prove to her mother that she could rap just like her and make a career out of it.

By the time she was 21, she released her debut single “Like a Stallion” and went on to release a slew of SoundCloud mixtapes. It wasn’t until 2018 that Meg signed to the Houston-based label 1501 Entertainment, released her Tina Snow EP, and broke out as a true powerhouse.

Watch thee Hot Girl interview in a hot tub below.