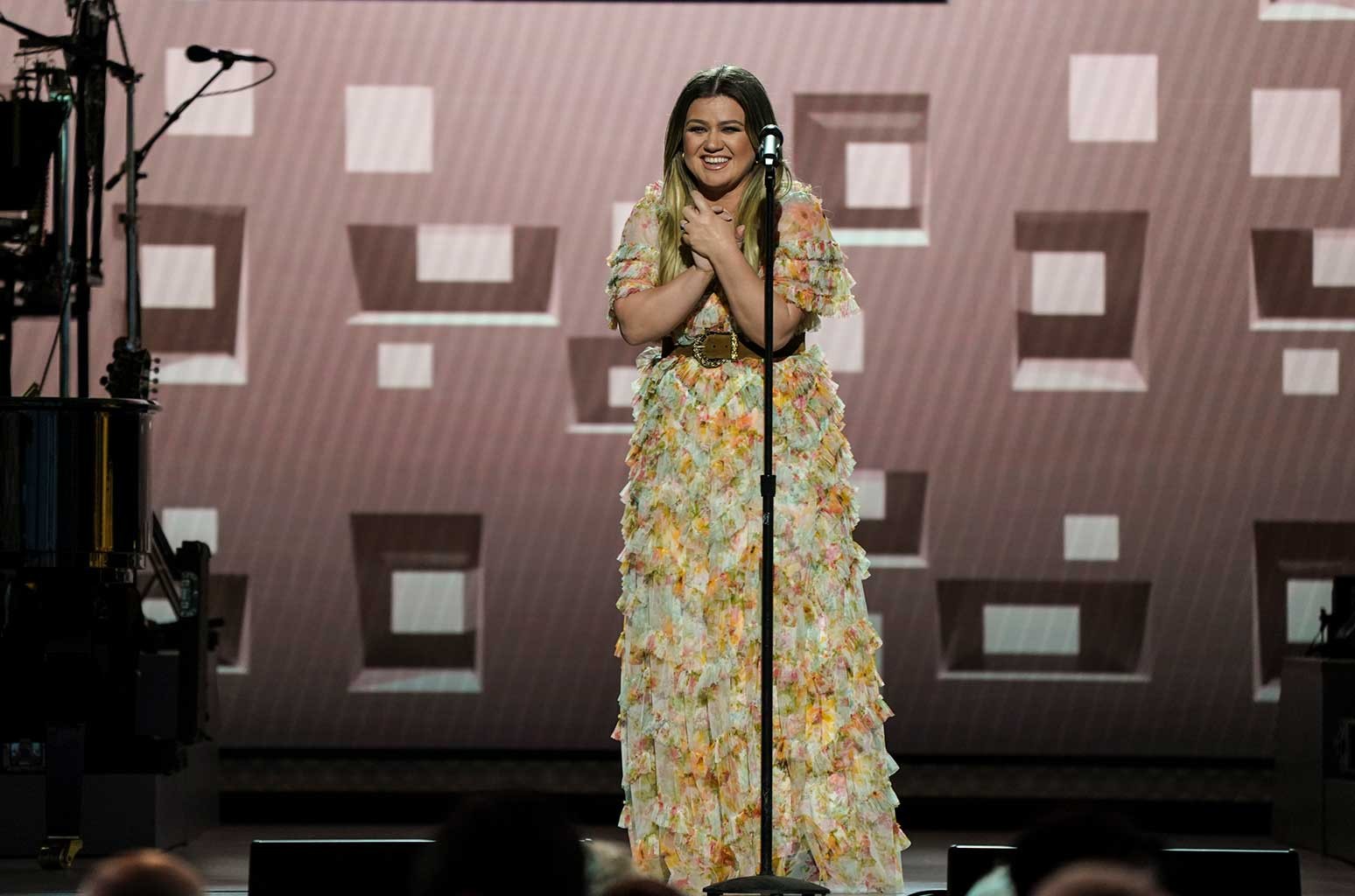 Kelly Clarkson serenaded Garth Brooks with his 1990 country No. 1 hit “The Dance” during the 43rd annual Kennedy Center Honors in Washington, D.C.

Brooks, who’s the ninth country artist to be an honoree, was moved nearly to tears as he and his wife, Trisha Yearwood, marveled at her performance. Clarkson also has an emotional connection to the song, and she told Brooks on The Kelly Clarkson Show in December that “The Dance” helped her get through her divorce with ex-husband Brandon Blackstock.

“I couldn’t quite nail down the feeling,” she confessed to him at the time. “I was like, well … you don’t want to crap on it. Like you don’t want to say that didn’t count or matter, but you don’t know what to put in it because it didn’t work out how you wanted. And so, anyway, I kid you not, I was listening to my playlist and ‘The Dance’ came on and I was like, ‘No, that’s the thing. That’s it.'”

Clarkson also revealed that she wrote a song inspired by “The Dance” on her upcoming ninth studio album. The 39-year-old star sang the tag of the unreleased track, “Even though my heart is broken, it was worth the dance anyway.”

She told Entertainment Tonight about how “nervous” she felt singing “The Dance” in front of Brooks during the Kennedy Center Honors. “I was texting Trisha Yearwood before the show, and then I go on stage and I saw them, and like, all of a sudden, I am the sweatiest human on planet earth,” Clarkson admitted. But she melted the 59-year-old country singer’s heart with her rendition featuring a full band.

“It’s just so pretty. That woman is a true friend to a song. She’s amazing,” the country star told ET.

Brooks will be honored alongside Debbie Allen, Joan Baez, Dick Van Dyke and Midori at this year’s Kennedy Center, which Gloria Estefan will host for the second time. In addition to Clarkson, Derek Hough, Vanessa Hudgens, Pentatonix, Gladys Knight, Emmylou Harris, Jimmie Allen and Yo-Yo Ma will perform tributes to the honorees.

Watch a clip of Clarkson’s cover bringing Brooks nearly to tears below, and check out the full performance when the ceremony airs.