Teyana Taylor Is First Black Woman to Top Maxim’s ‘Hot 100′ List: ‘It Made Me See Another Side of Myself’ 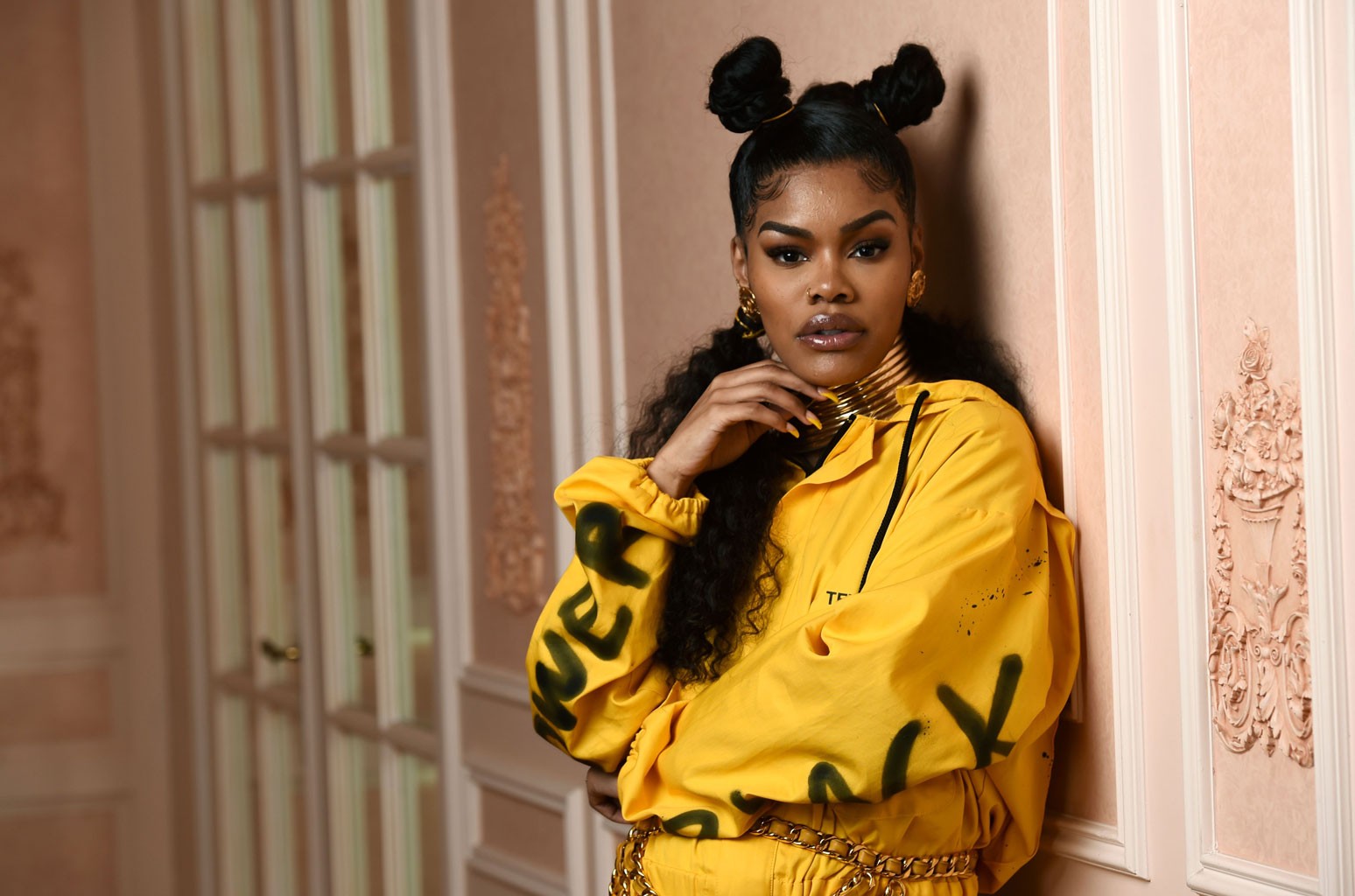 Teyana Taylor makes history in topping Maxim‘s Hot 100 list and being the first Black woman to be named “Sexiest Woman Alive” by the publication.

While flaunting her washboard abs on the steamy July/August 2021 cover, Taylor recalls the story behind the cover photo shoot and how it’s an important marker in her “journey of self-reflection and self-confidence.” Taylor announced her retirement from music in December, shortly before she hosted Billboard‘s Women in Music, and she’s grown more comfortable behind the camera as a director, going by the name of “Spike Tey” and earning the video director of the year award at the 2020 BET Awards and BET Hip-Hop Awards. But when the time came for the singer, actress, choreographer, dancer and director to step in front of the camera, she opened up about feeling “nervous.”

“Somebody pinch me!!!! Maxim Hot 100 to be named the ‘Sexiest Woman alive’ by literally living in the skin I’m in. WOW,” she wrote as part of a lengthy Instagram post on Monday (June 7). “Stepping back in front of the lens has been a journey of self-reflection and self-confidence. Living up to name and title of this shoot wholeheartedly made me nervous. As a entrepreneur, wife, a busy mother of two & working behind the lens in my director bag I tend to hide behind my sweats & vintage tees, My ‘Spike Tey’ glasses, and whatever hair style I’ve mustered up that day under my @theauntiesinc snap back! So I as you can see I don’t have much time to be and feel sexy.”

Just months after welcoming her second child with husband and NBA star Iman Shumpert, the 30-year-old star confirmed her intention to retire from music because of ongoing frustration with her record label G.O.O.D Music/Def Jam that she claimed gave her “literally no push” over the years. She also expressed frustration toward the Recording Academy with the male-dominated best R&B album category at the 2021 Grammy Awards that did not honor her most recent project, 2020’s The Album, which debuted at No. 1 on Billboard‘s Top R&B Albums chart in early July.

Recently, Taylor starred in Coming 2 America, for which she contributed the song “Gett Off,” featuring Jermaine Fowler and Brandon Rogers, to the soundtrack; became the fashion brand Pretty Little Thing’s creative director; and scored an E! reality television series with Shumpert titled We Got Love Teyana & Iman, which will premiere in the fall.

When it came to working with French fashion photographer Gilles Bensimon on the Maxim shoot, Taylor said her “heart also melted” by how raw he wanted to capture her and her natural beauty.

“This particular day was dope because it made me see another side of myself. I had just dropped JUNIE off at school before heading straight to the shoot; sweatpants a beanie and an army jacket. My hair wasn’t done for a ‘shoot’ because I planned on throwing on a wig & I didn’t have on any make up,” she continued. “But when I got there the legendary @Gilles_bensimon said and I quote…. ‘Let’s shoot! I want you to stay in this…’ I said ‘HUH?! Well let me at least start my make up.. ‘ as y’all can see I barely had any lashes left. He says no ‘my dear this is pure.’ And in regular Teyana Taylor fashion I said ‘okay but look Ah bi— doing her baby hairs’ LOL I was like SO LET ME UNDERSTAND THIS…I WILL BE THE SEXIEST Woman Alive IN SWEATS AND A SKULLY? Um I guess….’ as confused as I was my heart also melted.”

See her post from the Maxim photo shoot below, and read her cover story here.