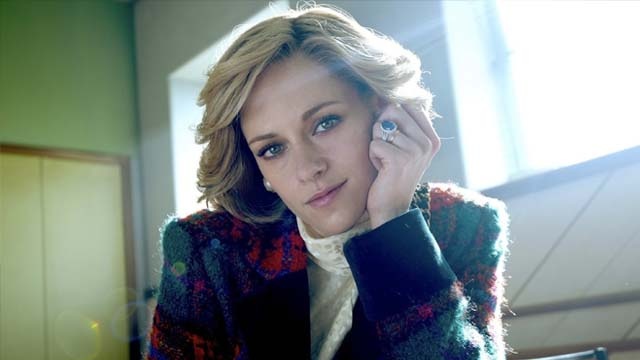 Kristen Stewart gives a fierce performance in Spencer, directed by Pablo Larrain. And while it’s possible to admire the performance, one can at the same time come away feeling the fictionalized movie doesn’t significantly add to a story of a beautiful soul many of us already know in great detail. Larrain, notably, offered a similar take on American royalty with “Jackie,” which starred Natalie Portman as Jackie Kennedy. In what is becoming his anthology of famous women facing crises, he has created another strong showcase for the star while crafting a movie that’s a little too precious for its own good.

Spencer (Diana’s surname) takes off, based on a real moment: Diana spends Christmas weekend with the Royals at the Queen’s Sandringham Estate as her marriage to Price Charles (Jack Farthing, Love Wedding Repeat) is crumbling. It is a location Diana knows well already — she was raised on the wider Sandringham estate until she was 14, in a house called the Park House that belonged to her father. That house looms large in the film, which finds her trying desperately to go back and see the house, only to find that it’s abandoned and boarded up. She arrives late, both depressed and deviant, and she is well aware all eyes are on her before being warned the press is “circling us.”

The dissonant music thus becomes a place holder for what’s going on inside Diana’s head, as she reads a book about the ill-fated Anne Boleyn and wonders if she could end up on the chopping block. She also deals with bulimia; the chef worries about her meals and Charles asks her not to purge them.

Diana has so often been seen in popular culture as either a perfect princess or a tragic victim; here, she is a woman trying to be proactive in her own survival, much like the “final girl” in any horror film must be. And while the other royals do speak — there is one fascinating scene between Charles and Diana that beautifully positions them as strategic opponents — they don’t do so very often. Charles tells her, “You have to be able to make your body do things you hate, for the good of the country.”

Diana feels so estranged from the royal family that she seeks solace with the royal staff. In real life, the princess is said to have interacted with the palace staff in ways the royal family found appalling, like having a glass of wine with the cooks while they prepared food. The former royal chef, Darren McGrady, played by actor Sean Harris (The Green Knight) who’s also a prominent character in the movie, said that the princess would “come in for a chat” after holiday dinners, and “just sort of walk around the kitchen and see what was going on.”

Larraín puts Diana through hell, but the best thing he does in Spencer is lift her back up. Perhaps the most beautiful takeaway from this haunting tale, is the reminder that Diana was in her core, a devoted and joyful mother, evident still in her sons’ spirits today.