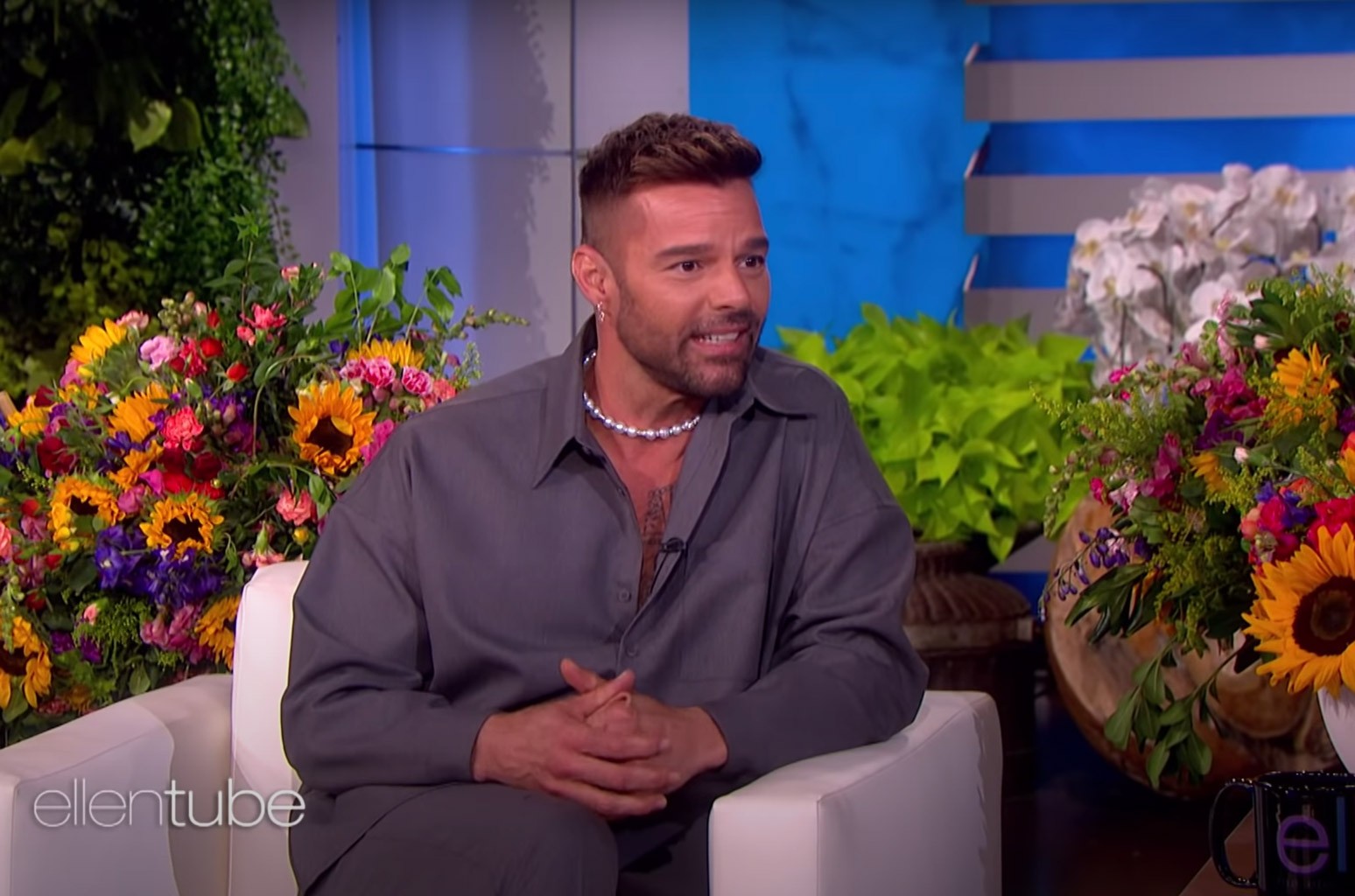 Ricky Martin recently visited Ellen to talk about his quarantine lockdown experience, his family and upcoming tour. The Puerto Rican superstar, who gifted Ellen DeGeneres with more than 3,000 flowers in represent all her episodes, said he was in lockdown with his mother, husband and four kids: Valentino, Matteo, Lucia and Renn.

“It was great, warm and cozy, but you can get a little bit of anxiety,” he said. “Kids are amazing,” he added, admitting that his 2-year-old daughter loves to be the boss. “She doesn’t snap fingers yet, but she’s about to,” he joked.

Giving the perfect example, Martin explains that his baby girl is a fan of the CoComelon kids’ YouTube channel, and every time he wants to sing with her, she doesn’t allow him to. “So I’m singing with her and CoComelon, and she goes, ‘No, no, Daddy. No. Stop. Stop, stop, stop.’ And I’m like, ‘Let me sing! I want to sing.’ [She says,] ‘No, no, Daddy. No, no.’ So she doesn’t let me sing,” he says. “This is serious business. She doesn’t let me sing.”

His three sons, as he mentions, don’t have any issues with his singing. In fact, his eldest twins are ready to get back on the road. “They started touring with me when they were 4 [years old], and we’re back!”

Martin is set to kick off his 26-date North America co-headlining tour with Spanish pop crooner Enrique Iglesias in September. Colombian star Sebastian Yatra will perform as a special guest on the trek in select cities.

Martin also opened up about his OnePulse Foundation in support of the 49 victims of the 2016 mass shooting inside Orlando’s gay nightclub, Pulse. “It’s about these families who are still feeling the loss,” he said. “We want to create a beautiful memorial so they can go there in silence, meditate, and pray for them.” To donate to the OnePulse Foundation, click here.