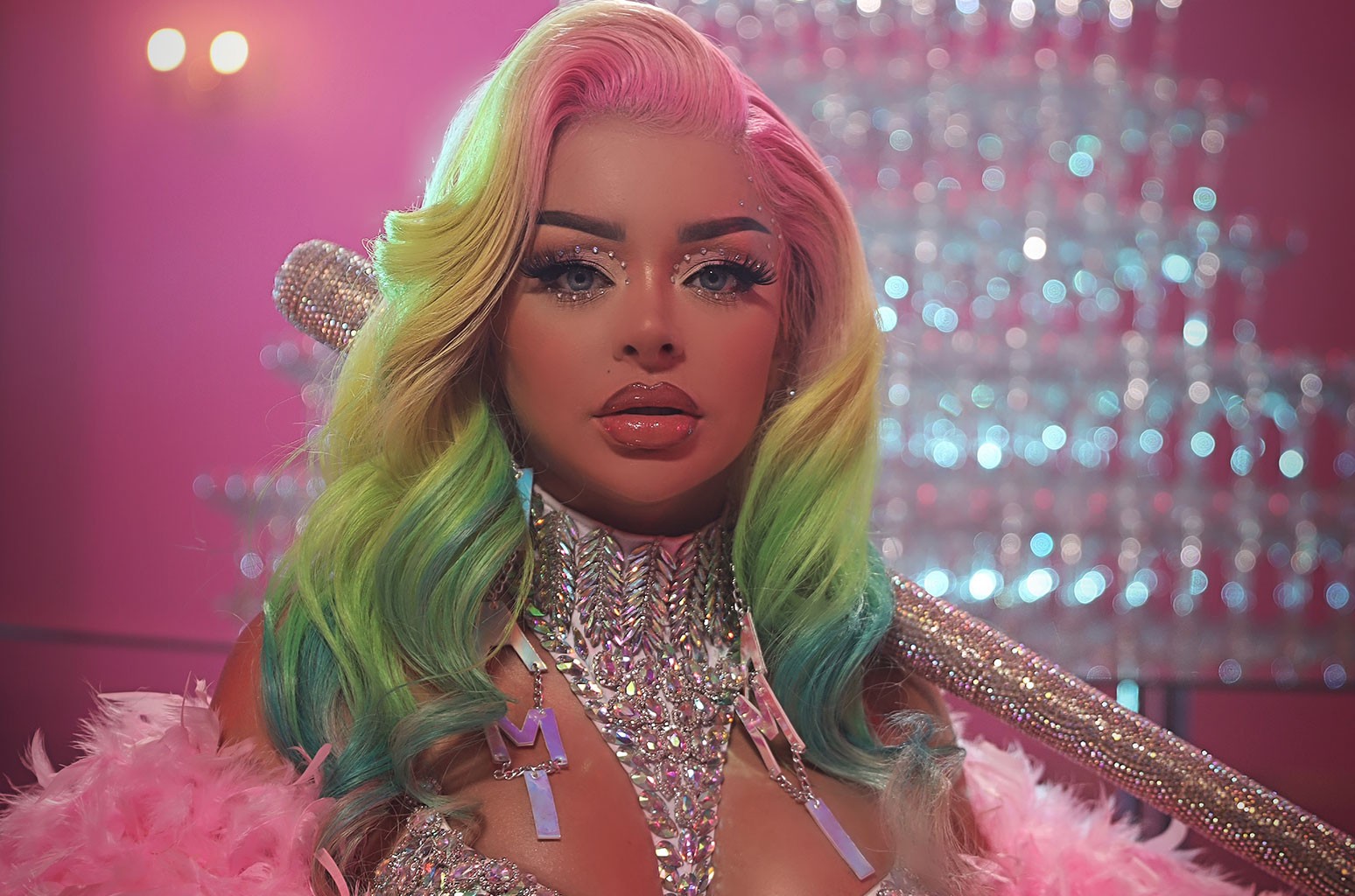 The first female rapper to pen back-to-back No. 1 albums in Germany, Katja Krasavice, has signed a global publishing deal with Warner Chappell Music.

The young rap star, who was signed to a recording deal under Warner Music Germany in 2019, is known as a versatile hitmaker in the German market, writing everything from lighthearted bops to serious bars about social issues. She is perhaps best known for her remix of “Best Friend” by Doja Cat and Saweetie which secured the number one spot on the German singles chart earlier this year and for her debut album Boss Bitch, which featured singles “Gucci Girl,” “Sugar Daddy” and “Casino.”

Krasavice says that her “songwriting is the bedrock of [her] art,” adding that “it’s great to be signing with Warner Chappell, alongside some of the biggest names in German music. I want to collaborate more with other artists and writers, and this deal will help me do that.”

“I couldn’t be happier to be a part of Kobalt,” she said in a statement. “I’ve watched them nurture some fantastic creatives over the years and look forward to working with them on our entire Manzanita Lane roster.” Along with the news of the partnership itself, Decilveo has also announced the latest signees to her roster, including WENS, George Cosby, Appleby of Future Classic, Ryn Weaver and Jack Kleinick.

The decorated hitmaker behind songs like “Rise Up” by Andra Day, “Play Date” by Melanie Martinez and “I Love Me” by Demi Lovato, Decilveo is both Grammy-nominated and Mercury Prize-nominated for her work.

“Jenn has an incredible gift not only as a writer and producer but also the ability to help an artist fully realize their creative vision,” said Jesse Willoughby, general manager of Kobalt Nashville.

River House Artists and Sony Music Publishing have teamed up to sign the Grammy-winning bluegrass artist and songwriter Billy Strings to a worldwide publishing administrative deal. Included in the deal are both the administration rights to Strings’ back catalog and his future creations. Considered one of the best flatpicker guitarists in music today, Strings is one of string music’s most popular stars.

Strings also veers outside of the traditional bluegrass genre with his work. This year, for example, he teamed up with country superstar Luke Combs for the single “The Great Divide.” With a slew of accolades to his name, like topping Billboard’s Top Bluegrass Artists and Top Bluegrass Albums charts last year, River House Artists founder/CEO Lynn Oliver-Cline notes that “watching what Billy and his incredible team have built already has been such fun… there are no limits for what he is doing as a songwriter, recording artist and performer.”

Warner Chappell Music has inked a deal with popular UK rapper Wretch 32. The agreement is two fold, covering both future works created by the rapper as well as his back catalog.

The UK rap star first gained traction following the release of his debut studio album Wretchrospective in 2008, which featured guest spots by Wiley, Chip and Ghetts, among others. The album’s critical success led to Wretch 32’s nomination for BBC’s Sound of 2011, but he really hit his stride later that year with the release of his breakout hit “Traktor.” By 2012, Wretch 32 had won Best International Artist at the BET Awards and was featured in an Adidas ad campaign in honor of the London Olympics that year. Since then, he has released more projects and been given the role of Creative Director for Def Jam’s UK imprint 0207 Def Jam.

In a statement, Wretch 32 said he is “delighted to sign with Warner Chappell,” explaining that he “knew [his] songs would be in the right hands” with the company.

Black Rock is a concierge music publishing company and is a part of the electronic division of Sentric Music Group.

Electric Ibiza founder/director Neil Evans said that Black Rock and Electric Ibiza have worked on “various artists and projects over the years” and that the partnership “made sense” for both parties, “given the natural alignment of the two companies.” Sentric Music Group’s director of electronic music Mark Lawrence added that the deal “was a no brainer.”

Warner Chappell Nashville has announced a new worldwide publishing deal with Wade Bowen. A mainstay in Texas’s country music scene, Bowen has seen three of his albums land in the Top 10 on Billboard’s Country Albums chart and four in the Billboard 200. A versatile writer, bridging the gap between country and rock audiences, Bowen is renowned for his prolific output with a dozen albums released over the span of his 20-year career. He is also known for a popular ongoing series with fellow Texan Randy Rogers dubbed Hold My Beer.

The singer/songwriter is represented by Red Light Management, WME and BMI.