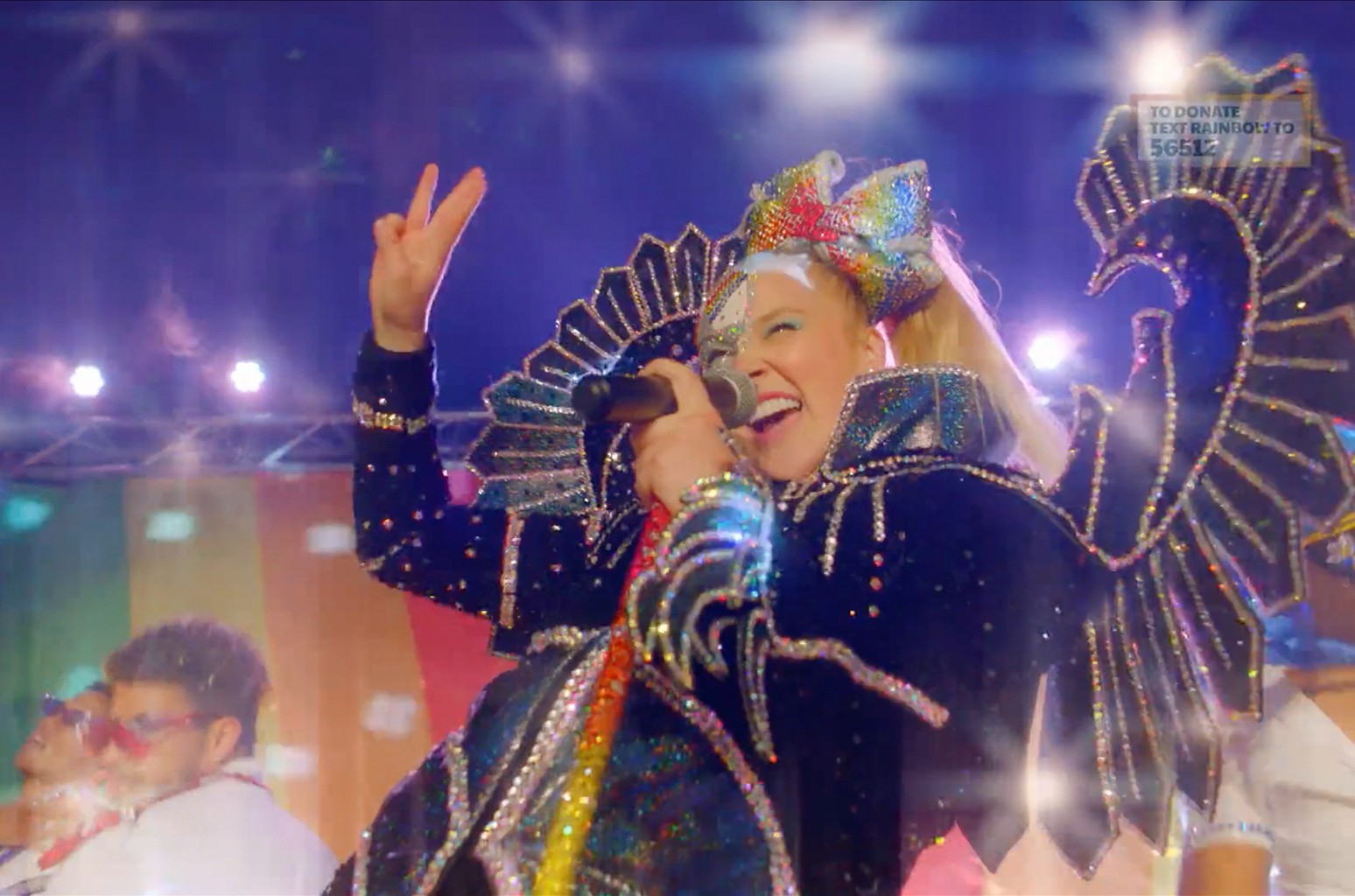 The hour-long stream was hosted by iHeartMedia on-air personality Elvis Duran and singer-songwriter Bebe Rexha, and featured a variety of talent to break down what PRIDE means to them, letter by letter: Power and Purpose, Respect and Relationships, Individuality and Intersectionality, Dance and Defy and Equality and Everybody.

Dolly Parton started the event with a short welcome followed by Troye Sivan kicking things off with a performance of “You” along with Regard and Tate McRae.

Near the end of the event, Odom offered a solemn performance of Rent‘s “Without You” in a special candlelight moment to remember the five-year anniversary of the Pulse Nightclub massacre that killed 49 people and wounded 53 more. Ricky Martin lent a heartfelt intro, noting that many of the Pulse Nightclub victims were Latinx. “Not all 49 were members of the LGBGTQ community. They were friends, lovers, families, all out celebrating their pride,” Martin shared before Odom performed.

The show finale featured a special message from Elton John as he honored JoJo Siwa for being a young trailblazer in the community, before she performed a special rendition of her song “Boomerang.”

The event will be available on demand throughout Pride Month until June 30 on The Roku Channel, Revry, iHeartRadio’s YouTube and Facebook.

“Can’t Cancel Pride” is raising visibility and funds for members of the LGBTQ+ community through organizations including GLAAD, SAGE, National Black Justice Coalition, The Trevor Project, CenterLink and OutRight Action International. To do so, iHeartMedia is partnering with Cameo and participating talent from June 4-June 11 and donating a portion of proceeds from the personalized videos to benefit the “Can’t Cancel Pride” fund.