Ovy On The Drums Renews Kobalt Publishing Deal: ‘They’ve Always Believed in Me’ 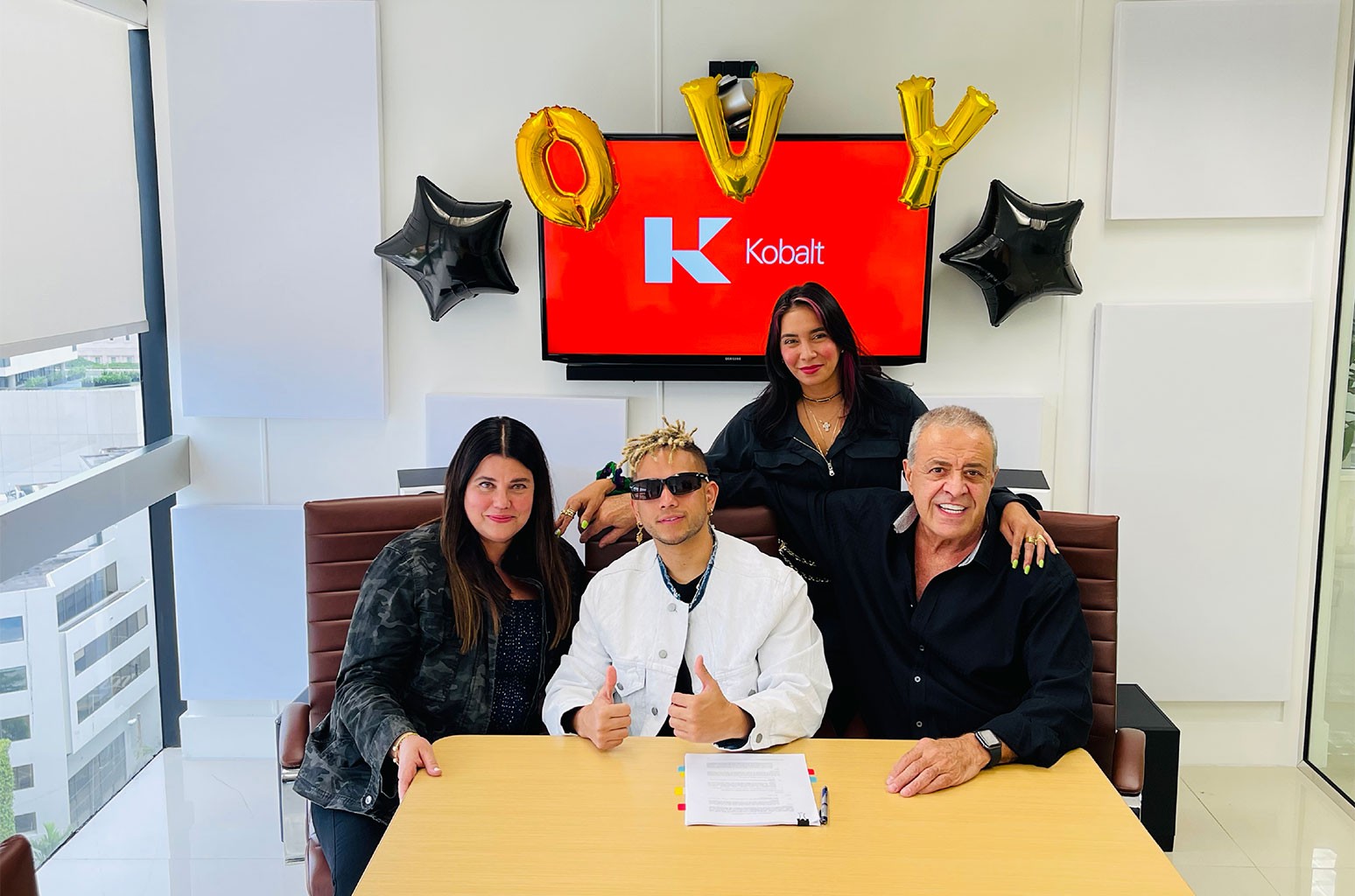 “They’ve always believed in me,” Ovy, who first signed with Kobalt in December of 2017, tells Billboard. “The first time Kobalt got me many opportunities and was on top of my project. They are an incredible publisher and that’s why I keep firm with them.”

The renewal deal includes a full range of creative, sync, and administration services for his catalog and future works.

“Kobalt is very transparent in the way they look at revenue and that gives me a lot of security,” he notes, saying he’s excited to continue growing his brand. “I feel that my sound has a lot to offer and with Kobalt, I will be able to work with big artists on the anglo side.”

Nestor Casonu, president of Kobalt Music Latin America, says he’s thrilled to be extending his relationship with the Colombian hitmaker.

“I personally feel very proud to have had the opportunity to witness Ovy’s impressive talent and trajectory not only as a producer but also as a songwriter and artist whose success continues to unfold,” he expressed in a press statement. “It brings us great joy to believe in an artist from the beginning and that feeling multiplies when admiring their continued success, of which we are very proud. We look forward to continuing to support Ovy as his star continues to rise.”

“Tusa,” which won Song Of The Year at the 2021 ASCAP Latin Awards, also became the first song to debut at No. 1 on the Hot Latin Songs chart in 2019, and the first song by a female act in a lead role to bow at No. 1 since 2016, when Shakira’s “Chantaje,” featuring Maluma, bowed atop the list.

“He is able to produce with new and developing artists and turn them into megastars with his trademark sound heard all over the world,” Leslie Ahrens, svp creative, Kobalt Music, noted. “We believed in Ovy from the very beginning of his career and are proud to be part of his successful journey along with his manager/attorney Stephanie Chopurian for many more years to come.”

Chopurian added: “Leslie, Néstor, and their entire team understand that Ovy On The Drums is not a traditional producer, songwriter, and artist and have shown their interest in helping him continue to establish himself as a world-class producer and composer in addition to a global singer. We can’t wait for what comes next.”

Up next, Ovy revealed that he’s beginning to work on Karol G’s fourth studio album, finalizing Micro TDH’s sophomore set, producing for Myke Towers, collaborating with Becky G on the artist side, and thanks to connections at Kobalt, he’s also working with Enrique Iglesias.

“Incredible things are coming,” he assures.