Megan Fox Punches, Pulls a Gun on Colson Baker in Intense ‘Midnight in the Switchgrass’ Trailer 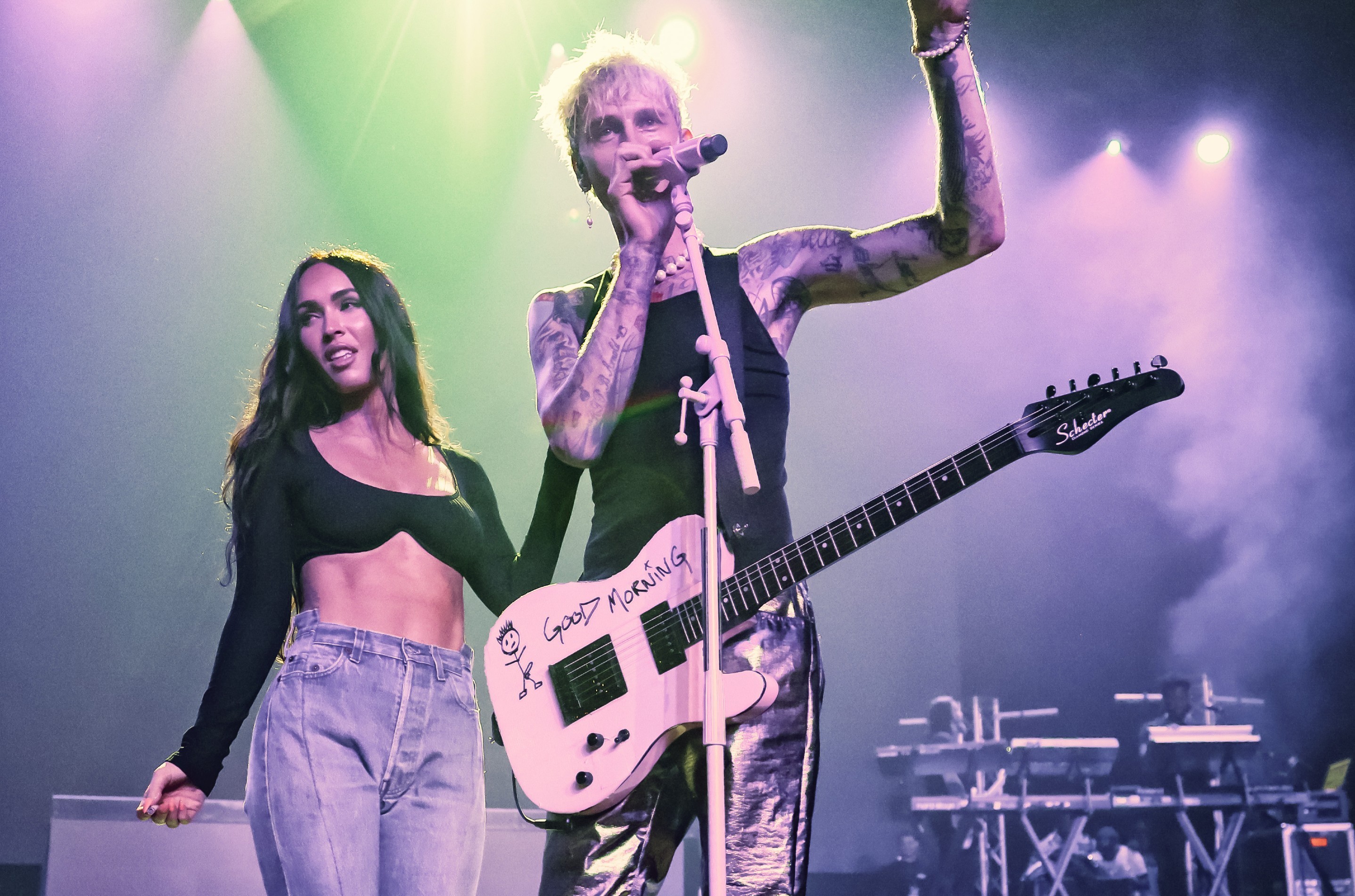 Off-screen it’s all love and PDA for Machine Gun Kelly and Megan Fox, But in the tense new red-band trailer for the upcoming thriller Midnight in the Switchgrass, Fox and Colson Baker (the rap-rocker known as MGK goes by his birth name in the movie’s credits) are definitely not on the same team.

The pair reportedly met on the set of the film directed by Randall Emmett in which Fox portrays an undercover FBI agent alongside fellow agent Bruce Willis, both of whom are working with Emile Hirsch’s Florida state police officer to track down a vicious killer portrayed by Lukas Haas. The trio are trying to figure out who is snatching young women from truck stops and in one early scene in the trailer Fox confronts Baker’s very creepy character.

“You belong to me, you understand what I’m sayin’?,” Baker seethes into her ear in a dingy hotel room as he runs his hand down her side and orders Fox to remove her leather skirt. Fox, working undercover to solicit information on the killer, gives him a firm “no” and when Baker pulls a knife, she disarms him and gives the rapper-turned-actor a couple of hard punches to the head. The two reunite later in the trailer when Fox cocks a handgun and puts it to Baker’s head while demanding some information.

The debut directorial effort from Emmett — known for his engagement to Vanderpump Rules‘ Lauren “Lala Kent” Burningham and as the producer of films such as The Irishman, Speed Kills, Gotti and Everest — is slated to hit theaters and on rental on July 23.

And while Baker and Fox are on the opposite sides of the law in the movie, their public side is all love. Fox surprised MGK during his Indy 500 weekend concert on May 28, hopping on stage with her boyfriend during his performance at the Barstool Sportsbook party in Westfield, Indiana just days after the couple celebrated their one year “I love you” anniversary.

Dressed in a black crop top, blue jeans and black heels, Fox flashed a big smile to the cheering crowd while holding hands and walking out with MGK. Standing by his side, she then took a puff from what appeared to be a cigarette before kissing her beau’s tattooed arm and exiting the stage. Kelly then broke into a performance of his song “I Think I’m OKAY,” from 2019’s Hotel Diablo.

Check out the “Midnight” trailer below.