Lost Soul Aside: 18 min of volcanic gameplay for this Chinese Cry-like Devil May 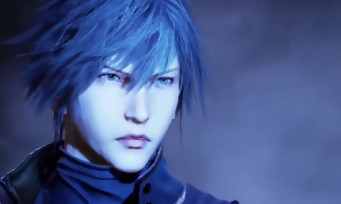 In 2017 and for the first time, Lost Soul Aside appeared in the eyes of the whole world in a supercharged demo: the result was promising, especially since it was made by a single person, Chinese, by the name of Bing Yang. Since then, Sony has put marbles in this project, allowing the developer to found his studio, Ultizero Games, with dozens of people involved. An ambitious project, therefore, planned to gain momentum.

Alas, Lost Soul Aside has never again pointed the tip of its nose … until today, when the Asian firm has just released no less than eighteen minutes of gameplay. We can therefore see a beat them all very largely inspired by Devil May Cry in its gameplay, its soundtrack or its staging – we can even cry plagiarism on certain points – within a fantasy-futuristic universe.

Even if Lost Soul Aside is therefore very inspired by references of the genre and not necessarily very innovative, we can not help but see it as a promising action game, with constant nervousness and persmissive playability. Furthermore, the realization under Unreal Engine 4 seems to the hair while the OST will be of Cody Matthew Johnson, the man behind the musics of … Devil May Cry 5. As if by chance.

At the time of its announcement, the title was announced exclusively for the PS4: we have no further news to hear and we hope that a release on PS5 is also considered. As well as on other media, for that matter. We’ll see.