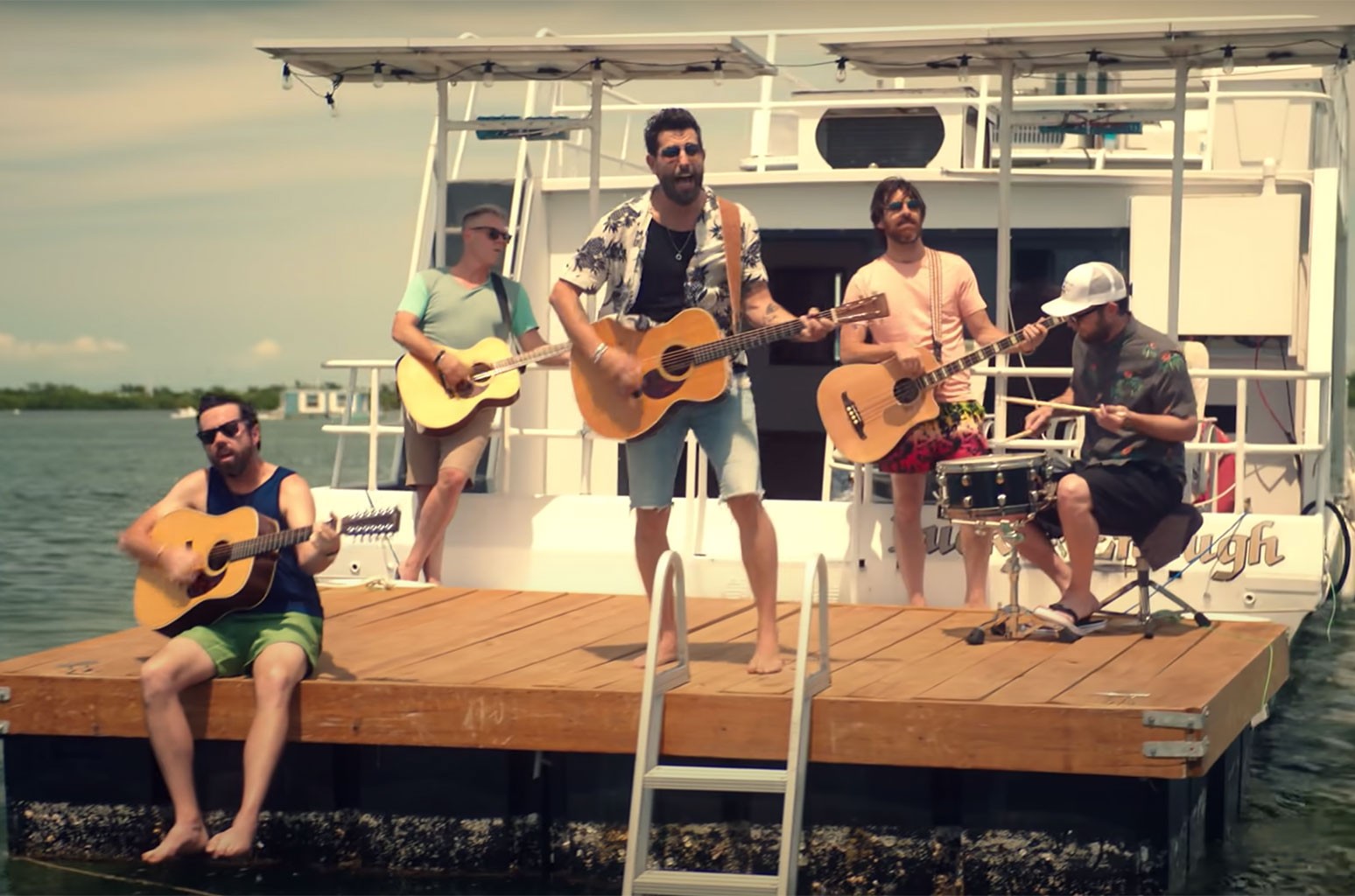 With Memorial Day weekend signaling the unofficial start of summer, country music is once more positioning itself as a soundtrack option for vacations on the beach and on the lake.

Luke Bryan‘s “Waves” (No. 19, Country Airplay), Old Dominion‘s “I Was on a Boat That Day” (No. 26) and Kenny Chesney‘s “Knowing You” (No. 29) are all making a splash at country radio. Florida Georgia Line‘s Brian Kelley — whose alma mater, Seabreeze High School, is literally two blocks from the ocean in Daytona Beach, Fla. — delivered a beach theme with his first solo EP, BK’s Wave Pack. Singer-songwriter ERNEST, who named his LLC Tropical Cowboy, knitted island motifs throughout his debut album, Locals Only.

Shoreline imagery is central to a bundle of new videos, too: Darius Rucker‘s “My Masterpiece,” Jon Pardi‘s “Tequila Little Time,” Alana Springsteen‘s “California,” Brooke Eden‘s “Got No Choice,” Laine Hardy‘s “Memorize You” and Dustin Lynch‘s collaboration with Chris Lane, “Tequila on a Boat.”

If that’s not enough, Lynch has a chlorinated party event, Pool Situation: Vegas, scheduled for June 3-6. And the first post-COVID-19 music festival, the Gulf Coast Jam, packs country acts such as Brad Paisley, Brothers Osborne and Cole Swindell into a Panama City park June 4-6, just blocks from the white sands of the Florida beach.

Country music and life on the water are clearly a compatible commodity in 2021 American culture, providing a getaway from blue-collar boredom or nostalgia for a more innocent age. Roughly 40% of Americans live in counties along the coast, according to the National Ocean Service; adding in populations who can make a day trip out of a visit to the beach or to a lake, it’s a topic that resonates with a majority of the United States.

“I always felt growing up that country music was made for summertime,” says Old Dominion lead vocalist Matthew Ramsey. “I think maybe the natural next progression would be the beach. Everybody goes on vacation and hangs out at the beach. It makes sense to me.”

Country wasn’t always a logical maritime playlist. In the ’60s, surf music, The Beach Boys and Frankie Avalon/Annette Funicello movies made pop music and culture the primary beach connector. A few ’70s and ’80s country songs explored the subject, including Billy “Crash” Craddock‘s “Rub It In,” Jimmy Buffett‘s crossover “Margaritaville” and several Eddy Raven hits, most notably “I Got Mexico.” Alan Jackson‘s water-skiing “Chattahoochee” video and Chesney’s adaptation of a sandals-and-puka-shells image solidified country’s embrace of the water in the ’90s, and a host of songs in the 21st century — including Little Big Town‘s “Pontoon,” Paisley’s “Water,” Dierks Bentley‘s “Somewhere on a Beach” and Bryan’s “Drink a Beer” — extended the wave.

“I am surprised that it’s still staying on this long now,” Buffett recently told Billboard. “I figured they’d be over the beach.”

In fact, country music has flocked to it. Dozens of songwriters and artists own second homes clustered in and around Destin, Fla., and they tend to write what they know. That’s particularly true for Kelley, who was raised on a Florida peninsula.

“I was very fortunate to grow up in Ormond Beach, building sand castles at a very young age and boogie boarding, skimboarding and surfing,” he says. “I also grew up tubing and kneeboarding in the Tomoka River, that brackish water. Manatees, alligators, ospreys — I’ve got that in me, too.”

While the sand was a way of life for Kelley, it’s an escape for more land-locked listeners, particularly those in the Midwest or the Great Plains. But an extended getaway in the tropics can be a life-changing experience for people who have not spent much time on the water, as it was for Chesney in the late-’90s and ERNEST in his college years.

“The subconscious reality of being surrounded by water and so far away from everything else that used to matter,” recalls ERNEST, provided time to separate from his past and retool his attitude as he moved into the future. “The only things that mattered at that point was just waking up, go be in the sun and get in the water a little bit, take your guitar into town and go play for strangers. And wake up and do it again.”

Bryan made beach culture “Luke”-rative for the country industry. He compiled a total of eight Spring Break albums and EPs from 2009-2014, landing three at No. 1 on Top Country Albums and cross-promoting them with concerts on the beach in Panama City, drawing 200,000 fans at the biggest of those shows.

“These songs, top to bottom, were probably not world-class songs,” admitted Bryan during a Q&A panel at the Country Radio Seminar in February, “but they were fun, and they scratched an itch [for] a certain market.”

Specifically, college-aged adults latched on to the celebration, and for some, it was likely a gateway to country. And while spring break connotes rambunctious (and sometimes irresponsible) partying, many of the songs associated with the water — from Chesney’s “Anything but Mine” to Tim McGraw‘s “I Called Mama” — have deeper connotations.

“The beach or the water, the songs that [reflect] that, most of them are about other things ,and it just happens to take place at the beach,” says Ramsey. “It’s a great place to be getting over somebody or [heartbreak] or whatever.”

In the end, the current wave of water-based songs is likely to continue indefinitely, though it presents a problem that country’s creative class was already facing with common themes such as love, heartbreak, trucks, back roads or alcohol.

“There’s only so many ways you can talk about a boat party,” allows Lynch. “But the special ones come along every now and again.”