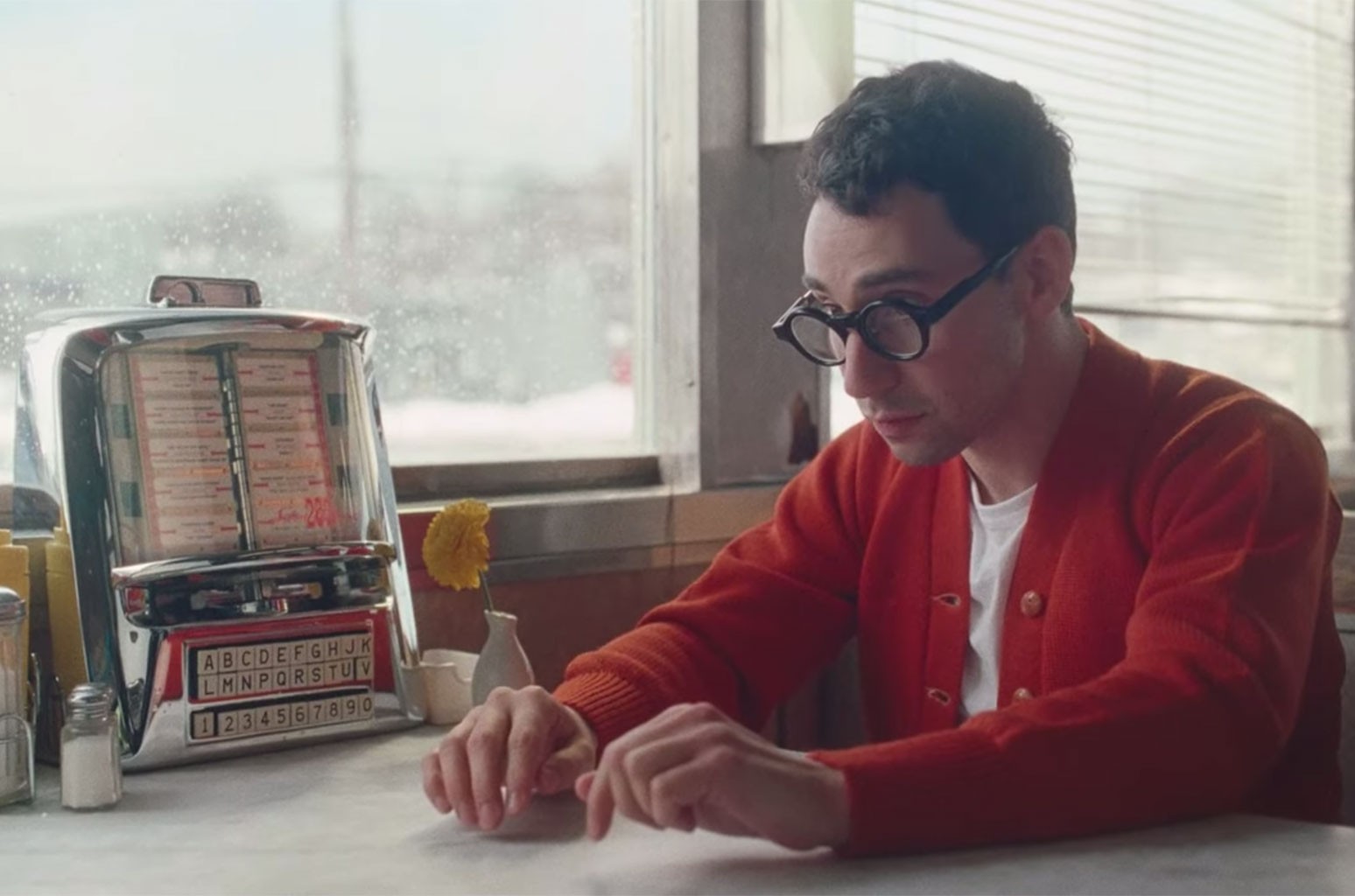 Jack Antonoff has produced songs and albums for a ton of famous musicians, from Lorde and Taylor Swift to Olivia Rodrigo, Lana Del Rey, The Chicks and St. Vincent. But did you know that he also writes songs with famous novelists? The Bleachers leader and studio stalwart busted out his latest all-star collab during his band’s NPR Tiny Desk (Home) Concert on Monday (July 12), which kicked off with the stirring “91,” a track he penned with writer/essayist Zadie Smith (White Teeth, Swing Time).

The song, which will appear on Bleachers’ upcoming third album, Take the Sadness Out of Saturday Night (July 30), opened the three-song set of fresh tracks filmed in a sunny spot outside New York’s legendary Electric Lady Studios, where Sadness was also tracked.

“It’s ’91, a war is on I watch in black, white, and green/ My mother dances around like there ain’t no rip in the seam/ While she waltzes with ghosts, I can feel what went wrong/ She’s here, but she’s not/ Just like her, I’m not home,” Antonoff sang wistfully while playing piano surrounded by greenery. “I’m here but I’m not/ Just like her, I’m not home/ Hey, I’m here but I’m not,” he exhaled on the chorus as Zem Audu and Evan Smith played mournful saxophone runs that matched Antonoff’s emotional remembrances.

The band also ran through a stripped-down, sax-heavy version of the Springsteen-esque Sadness single “Stop Making This Hurt,” and though the set ended with “Chinatown” — which actually features vocals from The Boss — Antonoff’s Jersey hero didn’t make it to the session. It didn’t matter, though, as the quartet emoted their way through the song about searching for tomorrow after Antonoff described recording the album at Electric Lady during the pandemic in the midst of a very fraught time.

“It really changed the way we played because you can come into the studio and you can play like you want to play live, but they’re separate, but the second one day you don’t know if you’re allowed to play live it changes the say you play,” he said. “And I don’t think I’ve experienced that in my life before… We did a bunch of live takes that sound to me like a group of people who didn’t know if they were ever gonna play again, and that became the backbone of this album.”

Check out the Bleachers on Tiny Desk below.